Get the app Get the app
AOPA will be closed July 4th, in observance of the Independence Day holiday. We will reopen at 8:30 am ET on Tuesday, July 5.
Training & Safety Online Learning Mountain Flying Density Altitude 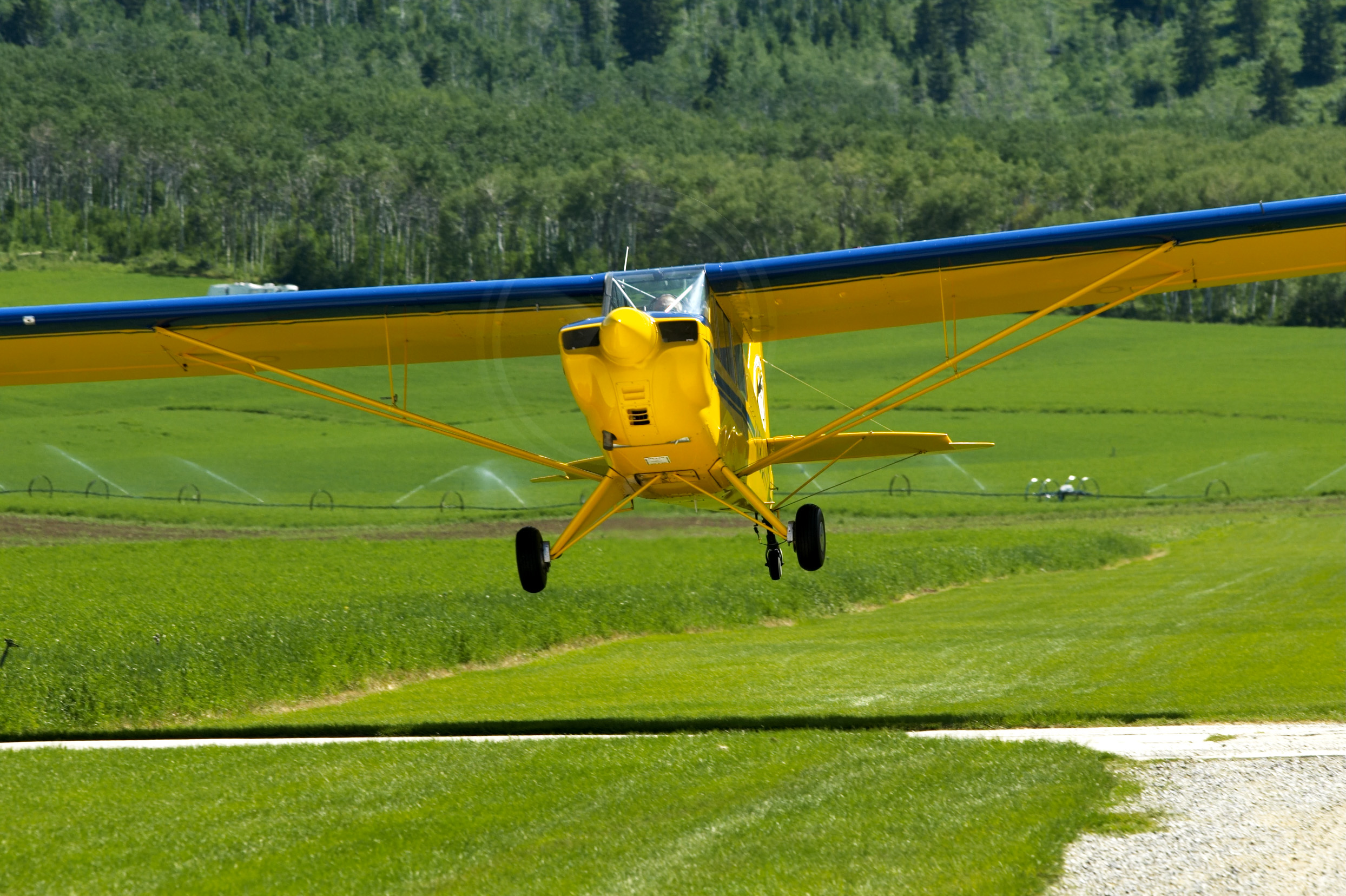 High altitude, high temperature, and high humidity create less dense or thinner air that contribute to high density altitude and impact aircraft and engine performance. If you’re flying in high terrain and into and out of airports at higher elevations pay close attention to the density altitude, especially between midmorning and midafternoon, as flight may be inadvisable. High density altitude—an inherent hazard in high terrain—can significantly degrade aircraft performance and surprise pilots during takeoff, climb, cruise, and landing. It’s therefore advisable to fly during the cool hours of the day.

Join the AOPA Air Safety Institute as we follow a Bonanza’s likely encounter with high density altitude. Deceptively upsloping terrain would leave no escape for the flatland pilots facing the canyon trapping them.

Density altitude at your airport

Airport location, elevation, and temperatures that differ from international standard atmosphere (ISA) temperatures determine how density altitude will influence your aircraft’s performance at that airport. 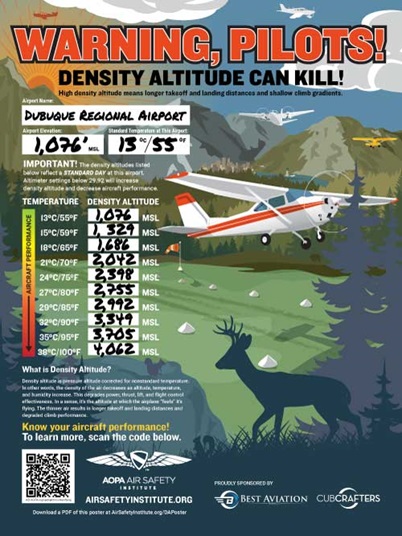 The AOPA Air Safety Institute has developed a Density Altitude Poster to modify and use as a quick tool for knowing the density altitude values at your airport on a standard day. It’s a great reminder for you and other pilots of local conditions impacting density altitude and aircraft performance. Please request up to 10 printed posters large enough to prominently display at your airport, flying club, flight school, FBO, and backcountry strip. Once you submit the request form, we’ll mail the posters to you. In the meantime, please download a smaller PDF version that has fillable text fields so it can also be easily modified for use at your airport. For both printed and downloaded posters, at the top of the poster, fill out your airport’s name, elevation, and standard temperature. Then calculate the density altitude for the various temperatures listed on the poster for a quick and easy reminder of how a few degrees can affect your aircraft’s performance.

High density altitude conditions require calculating what your aircraft’s actual performance will be during takeoff, cruise, and landing. There are various methods you can use.

For example, you should consult your aircraft’s pilot’s operating handbook (POH), but there are other tools that can help like an e6B, an electronic flight bag, or an online density altitude calculator such as NOAA’s. In addition, the FAA’s Pilot’s Handbook of Aeronautical Knowledge (PHAK) provides a Density Altitude graph to help you convert OAT and pressure altitude into density altitude.

Two other handy graphs are the FAA’s Rule-of-Thumb chart and the Koch Chart. The Koch Chart connects an airport’s pressure altitude with an airport’s temperature to calculate decreased rated of climb and increased takeoff distance percentages. You can find these in the FAA’s Density Altitude pamphlet.

Or, in a pinch, here’s a quick density altitude formula:

Note: Temperatures above standard and altimeter settings below 29.92 will increase density altitude and decrease aircraft performance.