Get the app Get the app
Already a member? Please login below for an enhanced experience. Not a member? Join today
Training & Safety Online Learning Mountain Flying Mountain Performance 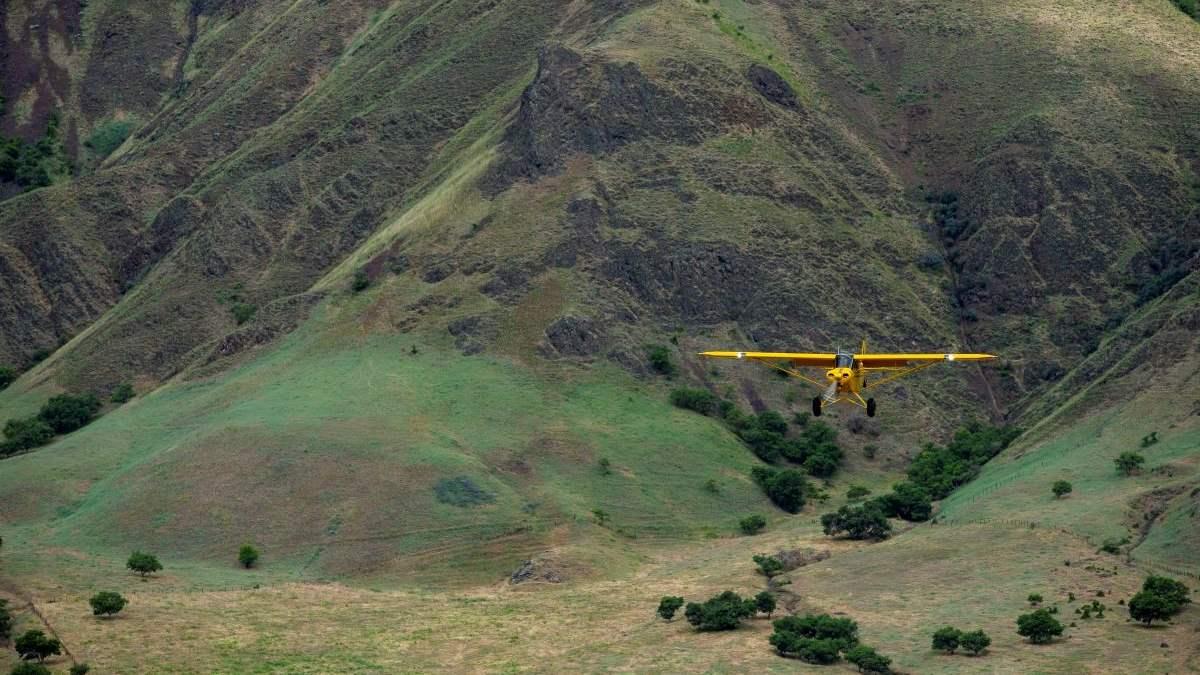 Risk is heightened in mountain flying because there is a smaller margin for error. You’ll need to closely review aircraft performance before attempting flight at the high density altitudes and elevations of challenging backcountry and wilderness airstrips.

A Cessna 150 pilot attempted a summer afternoon takeoff from an airstrip high in the Cascade Mountains of Washington State. Although he became airborne, his climb performance was not sufficient to keep him from hitting trees. View the NTSB report.

Keep in mind that at a higher density altitude your airplane will also have a higher true airspeed. This not only means you’ll fly faster approaches despite the same indicated airspeed but you’ll also have a wider turning radius. This can be a minor issue, or it can be the difference between a successful canyon turn and an accident. Make sure you know and understand how your aircraft performs in changing density altitudes before you head into the backcountry.

Tip: Click on the Density Altitude tab to review density altitude calculation tools and links to a density altitude poster. You can order a version large enough to prominently display at your airport, flying club, flight school, FBO, and backcountry strip or download a smaller version. Both can be modified for use at your location.

What causes density altitude and how does it affect my airplane? Find the answer to these questions and learn a quick and easy step to ensuring maximum aircraft performance when density altitude is a factor in your area.

Operating at maximum gross weight may not be an option in the mountains. If it isn’t practical to take fewer passengers or less cargo, consider reducing your fuel load—even if it means making an extra fuel stop en route.

At high density altitudes, normally aspirated engines may need to be leaned for takeoff, and then leaned again during climb and cruise. If the destination airport is also at a high altitude, enrich the mixture somewhat from cruise altitude during descent but do not go to full rich. Refer to the POH for guidance or ask a mountain flying instructor. If a go-around becomes necessary, the mixture and other engine settings should be set to provide maximum available power without being over-rich. Experienced mountain pilots often land carbureted airplanes with the carb heat off in order to have more available engine power in the event of a go around or aborted approach. 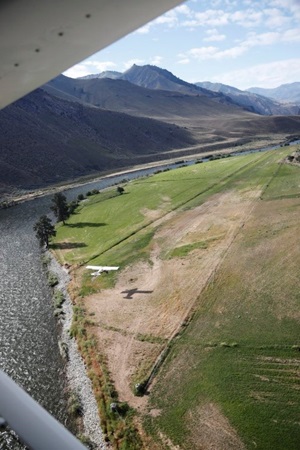 Mountain airports can offer challenges above mere aircraft limitations. They are rarely built to FAA terrain clearance standards, often have no services like maintenance or fuel, and you might not even get a cell signal. It’ll often be up to you as the pilot to determine the conditions of the field, and whether or not they are safe for landing, from the air. If anything goes wrong, you’re likely to be on your own, at least for a little while. Before you stop the prop after landing, consider what you’d do if you had any trouble restarting your engine. Be sure to receive flight training at “unimproved” airstrips before attempting to land at one.

Whenever you fly, you should protect your propeller from debris. In the backcountry, where airfields are rarely smooth and free of hazards, this is extra critical. Taxi slowly and patiently, and be mindful of your controls—depending on the wind, full aft elevator is a good practice. If possible, walk your taxi route before testing it with your airplane. An errant animal burrow, hidden rock or tree stump can ruin your day, leaving you stranded in the backcountry with an unairworthy airplane in need of an engine overhaul.

It’ll often be up to you as the pilot to determine the conditions of the field, and whether or not they are safe for landing, from the air. 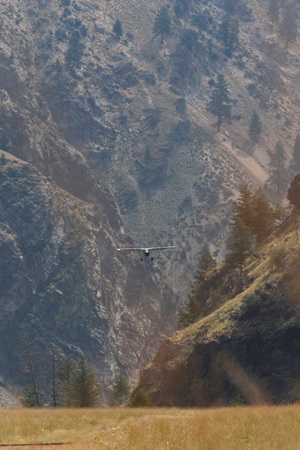 Use runway slope to your advantage. Taking off downhill decreases the required takeoff distance, and landing uphill reduces landing roll. Some runways are limited to one-way operations due to slope, surrounding terrain, or a combination of the two. At these fields, go arounds are often impossible beyond a certain point-in-space called the abort point. At these one-way strips, you need to make a stabilized approach every time, and mentally prepare to get the airplane on the ground no matter what once you pass the “point of no return.”

Sloping runways are common in mountainous areas. One example is Sedona, Arizona. This popular tourist destination offers a well-maintained airport and breathtaking scenery, but the Chart Supplement points out that Sedona’s 5,132-foot runway has a 1.8 percent slope. That may not sound like much, but do the math. This runway slopes more than 92 feet from one end to the other! By comparison, most control towers are only about 75 feet tall. Any slope can significantly change takeoff and landing distances—be sure to carefully research your destination to avoid surprises.

At high density altitudes, many normally-aspirated engines can only provide enough power for a 200 or 300 foot-per-minute climb…and a mountain downdraft can easily reduce that to zero or even turn it into a descent. Don’t expect climb performance you’re used to at sea level when flying in the mountains. 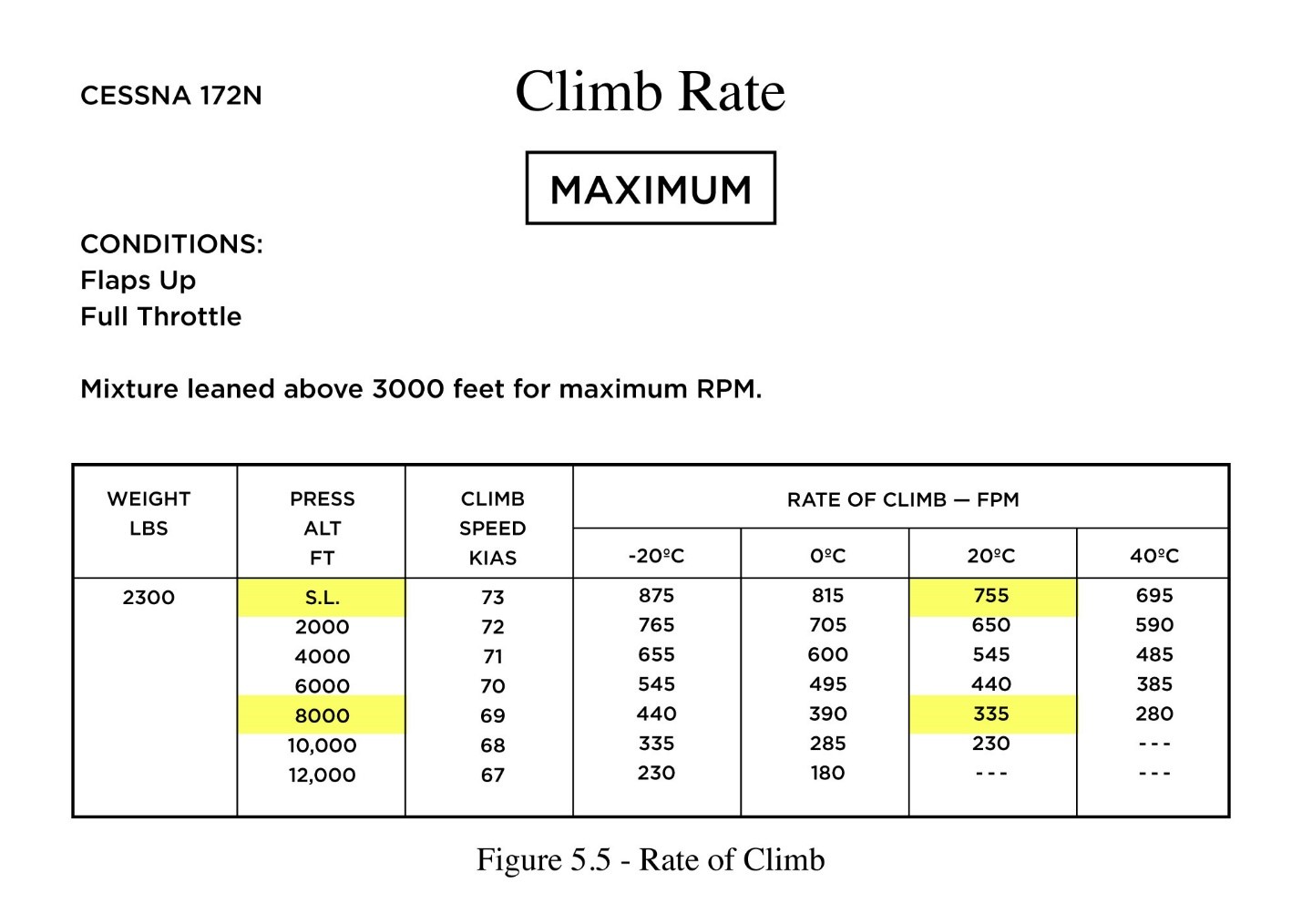 To figure out the feet-per-nautical-mile climb that an aircraft is capable of delivering, multiply the vertical speed by 60 and then divide by the ground speed. For example, if the vertical speed is 500 feet per minute and your ground speed is 120 knots, the climb gradient would be 250 feet per nautical mile: [(500 x 60)/120]. This formula works for both knots and miles per hour.

At high density altitudes, it can take much more time and distance to reach your planned altitude. Calculating after-takeoff climb performance before the flight will help curb unrealistic expectations about climb performance.

Avoiding terrain or obstructions after takeoff often requires following certain procedures, which may be listed in the Chart Supplement and/or posted near the takeoff end of the runway. At IFR airports, the obstacle departure procedures (ODPs) in approach chart publications can also give you an idea of what to expect.