In Europe, it’s the little things

As a U.S.-trained and -based pilot, every trip through Europe in a light jet presents me an opportunity for some abject humbling. 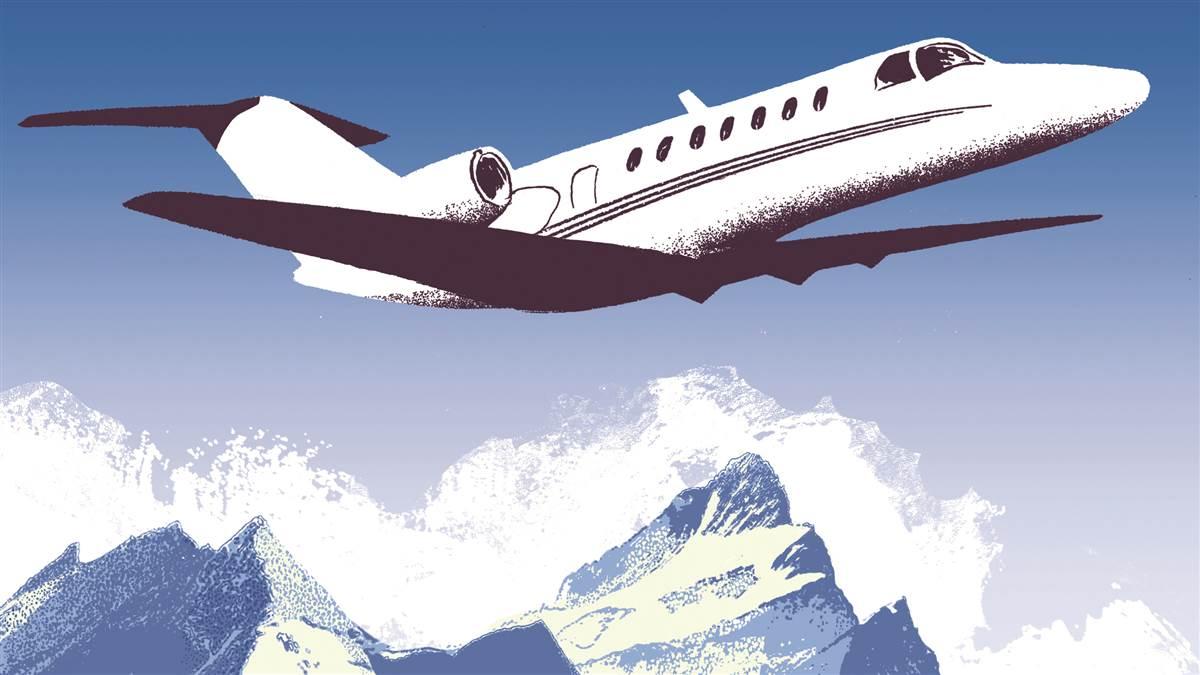 No matter how many North Atlantic crossings, extended European tours, or international procedures recurrent training courses I complete, there always seems to be a new twist, puzzle, or high-stress situation lurking around the corner. I present, then, in no particular order, lessons learned (or relearned) from a recent 25-day excursion in a Cessna Citation CJ3 through 10 European destinations.

Take notes—lots of notes
The volume of airport-specific information and procedures (spelled out in painstaking detail) found in airport briefing charts is flat-out overwhelming at a large airport. Consider Madrid-Barajas (LEMD)—seven pages of general airport briefing information, 10 arrival-specific pages, and 14 departure-specific pages are filled with a mix of nice-to-know and need-to-know data presented in miniscule-font text and tables. Memorizing the information is out of the question, and highlighting that critically important nugget here and there doesn’t work in practice when you need to first recall which of the 31 briefing pages you must reference, as you also manage flying tasks.

Concise notes—and, when appropriate, Post-its—are your friend here. The myriad speed limits associated with an arrival (e.g., 200 KIAS when intercepting localizer, 180 KIAS at the FAF at LEMD) won’t be assigned by ATC, but they must be flown. A sticky note directly in front of both pilots helps ensure compliance during an already busy phase of flight. I may not need to remember the preferred calm-wind runway setup in flight, but I do want to remind myself to intercept the localizer without clearance unless explicitly told to fly through it—so onto the critical note sheet it goes. Plan on spending an hour to two the day before a flight into or out of a busy airport carefully going through the briefing pages and extracting the most crucial information for easy flight deck recall.

Expect things to be slow (and frustrating)
While many airports in Europe—particularly smaller ones with no or limited airline service—function as smoothly as one might expect in the United States, at busier airports the tempo of “ground-side” (before taxiing) operations would try the patience of a Buddhist monk. When pulling up to the GA terminal at the Florence airport (LIRQ), a flurry of Italian passed between our van driver, the handler who met our van, and the security personnel in the terminal. Our driver sheepishly told us we’d have to stay in the van for a bit.

The passengers of another private jet had just been screened (entailing the full X-raying of bags and metal detector walk for pilots and passengers that is required at most decent-sized airports) and were waiting in the GA terminal to be driven to their airplane. Until they left the terminal we could not possibly pass through screening, as we would then be mingling with the group of an entirely different aircraft. So, we sat in the parking lot, pilots and passengers alike, for 20 minutes until the building was safely emptied of the first party. Being allowed out of the van was only the start of the ground-side journey, as we then had to accompany all baggage through security, get on a different van that drove us to the handler’s office to settle bills, then finally take a third van ride out to the airplane parked on a remote stand. Nothing can be counted on to happen quickly, so expecting what feels like an absurd amount of time for ground-side ops will pay dividends in reducing pilots’ stress levels.

Be flexible and ready to improvise
Building on the above, any pilot flying a specific type for a while gets into a groove of getting the airplane from “cold and dark” to ready for taxi. Unfortunately, a lot of the steps we perform automatically must be rethought and reordered in Europe. Airports require the pilot to call for permission to start engines, and at many airports the aircraft is expected to be ready for taxi within five minutes of startup approval. Even if the pilot is in possession of the current ATIS and ATC clearance (not a given as the clearance often comes after engine start), for many light jets it’s simply not possible to start two engines from battery power (with GPUs exceptionally hard to come by), perform all after-start and before-taxi system checks and checklists, and program the flight management system in accordance with the clearance in under five minutes.

With all the differences and cumulative stresses flying in Europe brings, mistakes should be expected, and procedures implemented to “trap” those errors.Here’s where a little creativity and working of the system can be invaluable. At many airports ATC will approve the startup of one engine for “technical” (e.g., aircraft cooling) purposes, before the official startup clearance is given. Getting the right engine going both allows the pilots to work in comfort (rather than the sauna of an uncooled cockpit on a Spanish ramp), and more importantly, allows for much of the FMS setup to be completed at a relaxed tempo. The flight plan can be created and, if needed, saved into memory for aircraft that require the avionics to be off for the second engine start. Takeoff speeds and performance can be calculated, and a crew takeoff briefing performed, all without the pressure of the five-minute to taxi clock ticking in the background.

Similarly, some steps we consider sacrosanct during more flexible-tempo operations may have to be deferred—programming of a backup FMS, for example, may have to wait until in the air, with only the departure loaded on the ground. The normal process of getting ATIS and clearance in the cockpit on an aircraft radio may be replaced by picking it up on a handheld standing in the shade of the tail—small changes to SOPs can yield outside benefits.

Know your airplane
During the return North Atlantic crossings we experienced the highest temperatures aloft I’ve seen yet—ISA + 19 Celsius at FL430 between Iceland and Greenland. The CJ3 normally can take off at maximum weight and climb straight to FL450 in under 30 minutes and cruise at more than Mach 0.70. Yet seeing the forecast conditions were so warm, we filed for FL430 rather than FL450, knowing the aircraft would stall before it could climb the last 2,000 feet. Furthermore, since adherence to the cleared Mach speed is a mandatory element of a crossing, we requested a Mach of only 0.62 after consulting the cruise performance charts. Sure enough, after limping the last thousand feet to FL430, the aircraft settled into a true Mach cruise right at Mach 0.62 with the thrust levers in the cruise detent setting. Not knowing the limits of the aircraft’s climb and cruise ability could have resulted in a violation, or worse.

Having a deep understanding of the aircraft extends beyond performance. For operations across the North Atlantic into Europe, a solid knowledge base of the avionics is critical as well. The latitude and longitude waypoints that will make up much of an oceanic leg could be entered into the FMS via the “long format,” that is, by creating a user waypoint with the full digits of the lat/long entered. There’s an easier way, however. A shorthand convention that compresses N 63° W 30° into “6330N” can be entered as such into most modern FMSs. Fewer keystrokes equal a decreased chance of error—critically important when GA flights are responsible for an outsized number of clearance violations across the North Atlantic.

Within Europe advanced knowledge of the avionics is a must, as well. Procedures in Europe may have three or more possible transitions beginning from the same fix. Depending on your avionics suite, a subtle difference in the naming convention could be the clue needed, or perhaps the transitions must be selected and graphically previewed before the appropriate transition is identified. Which way your system operates shouldn’t be learned for the first time in flight while frantically trying to comply with the clearance. Spending the time before the trip to become familiar, or reacquainted, with some of the deeper avionics tricks and traps will save stress later.

Double check everything, or better yet, fly with another pilot who can

With all the differences and cumulative stresses flying in Europe brings, mistakes should be expected, and procedures implemented to “trap” those errors. Consider the widely differing transition altitudes/levels encountered in Europe. They vary not only country by country, but often airport to airport within a country, and you may not encounter the same transition level twice in a week of flying. That means the instinctive check a North American pilot will make at 18,000 feet is of no use.

Modern flight decks feature the ability to change the “transition level alert,” which typically flashes the altimeter digits as the aircraft crosses the preset altitude/level, yet despite religiously updating this alert twice per leg (once for departure transition altitude, once for arrival transition level) we missed setting QNE during one particularly busy climb, until well above transition level. As we hadn’t leveled off yet this was a “no-harm, no-foul” event, but it’s an unsettling feeling to realize that only luck and timing had prevented a possible violation.

On a different occasion, having a second pilot on the flight deck was crucial to preventing a deviation from the ATC clearance. Being cleared direct to a fix, I inadvertently put the fix in the “from” rather than the “to” field of the FMS. Fortunately, when flying together we rigorously adhere to an SOP that has the pilot flying monitor and concur with all FMS changes, and he immediately saw the error, saying, “That’s not right.”

In a single-pilot, or less disciplined two-pilot operation the error might not have been caught before the aircraft was heading in a completely incorrect direction. Even for a non-locally trained and very experienced pilot, operations in Europe are simply too complex and different for single-pilot flight to be consistently conducted properly. 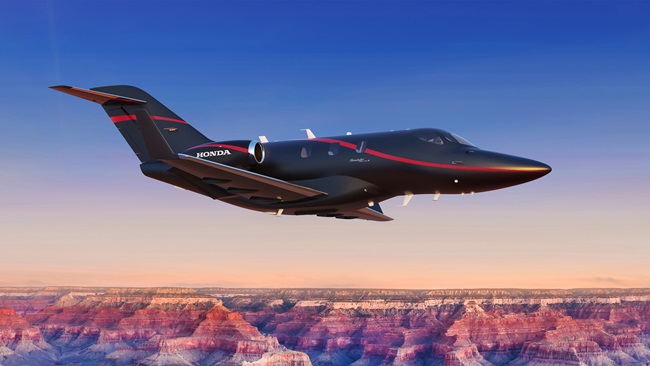 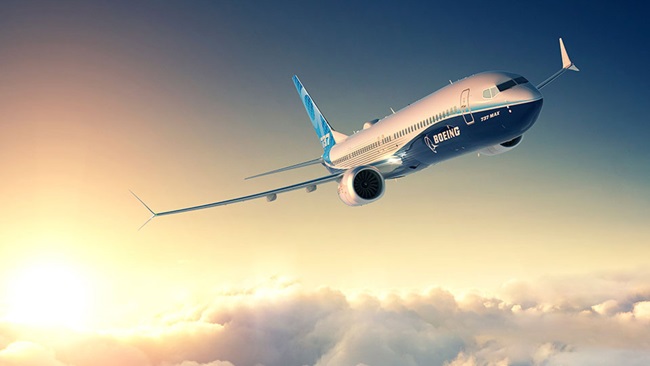 Max delivers on its promise 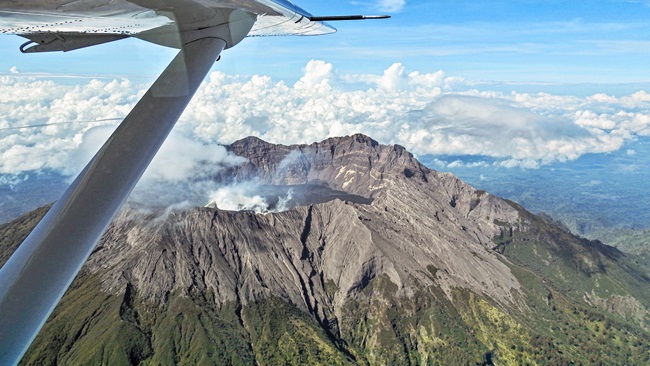