Get the app Get the app
Already a member? Please login below for an enhanced experience. Not a member? Join today
News & Media Mother-daughter pilot duo

Flying often runs in families, and the mother-daughter team of Laurie and Arianna Strand is no exception. 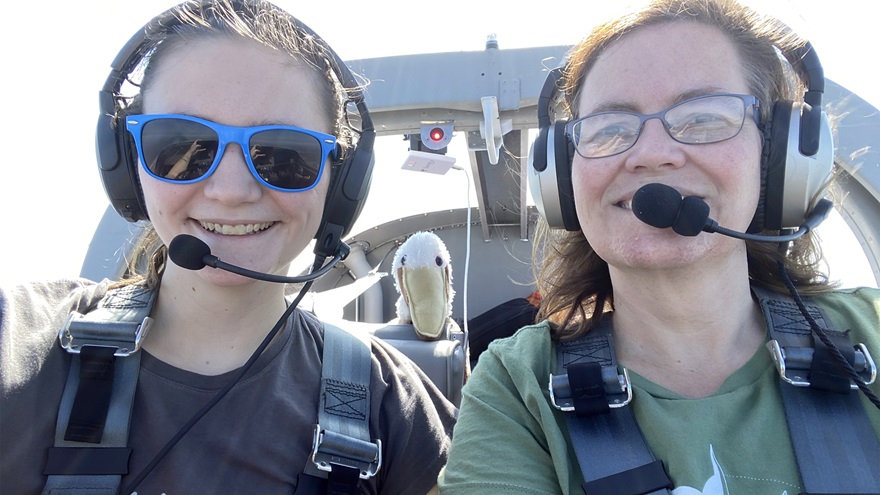 Arianna Strand, left, and her mother, Laurie, have flown many adventures together. Their biggest to date was delivering a pelican from Connecticut to Florida. Photo courtesy of Laurie Strand.

The two have been flying together since Arianna was a kid. Laurie is a nurse practitioner and has been a pilot since she was 20. She took some time off from flying to focus on career and family, but jumped eagerly back into the cockpit in 2013, when Arianna was 13 years old. Elated to share her love for the sky, Laurie began taking Arianna flying whenever she could. Sitting in the cockpit next to her mom, watching her maneuver the aircraft with confidence, seeing the world from above, Arianna caught the aviation bug—hard. With Laurie cheering her on, Arianna soloed on her sixteenth birthday and got her private pilot certificate on her seventeenth. She went on to graduate high school a year early to head to university and acquire a degree in professional pilot technology, as well as her CFII, and now instructs out of Meriden Markham Municipal Airport in Meriden, Connecticut.

Arianna credits these childhood flying escapades with her mom as inspiration toward her lofty career pilot goals, and Laurie has been delighted to watch her daughter spread her wings and fly. “It’s really fantastic to be able to fly together,” Laurie said of their aviation adventures. “Getting to be together in the sky and see how much Arianna has grown and how amazing she is with aviation is so fun for me.” The mother-daughter flying duo also belong to a flying club based at the airport. The club boasts a Van’s Aircraft RV–12 lovingly nicknamed “Little Silver,” built entirely by H.C. Wilcox Technical High School students in conjunction with Experimental Aircraft Association Chapter 27. They built it in three years, working on it twice a week. At the end of the build they turned the aircraft over to the club, which currently has six members.

Belonging to the flying club gives the aviators opportunity to continue their beloved practice of flying together, and in the winter of 2021, they embarked upon one of their most ambitious flights to date. After a particularly strenuous stretch of days at work, Laurie said she reached out to Arianna and implored, “Find us somewhere fun to fly next week!” Arianna, an avid animal lover, was delighted to open a rather timely email following this request. A young pelican had stowed away on a northbound fishing vessel and had been found in the Connecticut River in Essex. She was being cared for by A Place Called Hope (APCH), a nonprofit organization specializing in the rescue and rehabilitation of birds. APCH had reached out to Busch Wildlife Sanctuary, an affiliate rehabilitation center in Jupiter, Florida, which agreed to take the pelican in and rehabilitate her until she was ready to be released back into the wild. The rescuers were looking for pilots to fly the pelican to Florida. Arianna called Laurie and gleefully announced she had found the perfect flying adventure. 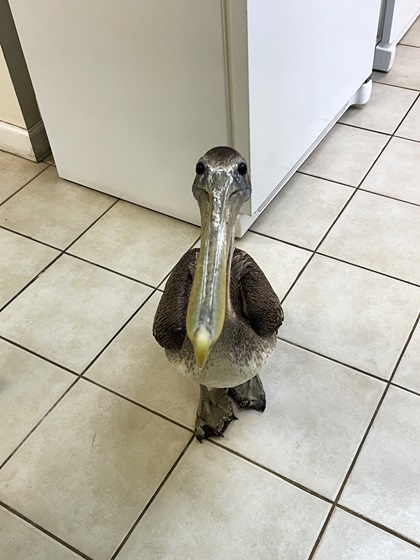 APCH was overjoyed to be connected with the mother-daughter team and gratefully accepted their offer to fly the pelican rescue mission. Arianna and Laurie were thrilled as well. Arianna began meticulously planning the long cross-country while Laurie finished up her intense workweek. She worked with APCH, choosing stops based on fuel requirements of the RV–12 as well as locations that had an on-call bird conservationist who would be available if they ran into any issues. They planned to fly the whole mission in one day, departing from Meriden, with three stops, and ending at North Palm Beach County General Aviation Airport in Florida. There was some apprehension that the pelican’s carrier would not fit in the baggage compartment of the two-seat RV–12, but it may as well have been designed for the airplane. The pelican would sit atop a cozy microwavable heat disk inside the carrier to keep her warm and content. The only thing left to do was to give their wayward passenger a name—and after some thought they landed on the perfect one—Arvy, a tribute to the aircraft that would fly her home.

Launch day arrived—Arvy was cozy and content in the back of the aircraft, and Laurie and Arianna gleefully hopped in. They fired up the engine at 6:07 a.m. and decided to treat themselves to a visual feast by flying down the Hudson River past New York just as the sun rose above the horizon, casting a golden light over the New York City skyline. They then picked up flight following and climbed to their cruise altitude of 6,500 feet. The two used well-developed crew resource management honed from years of flying together to divide the duties of aviating, navigating, and communicating down the coast. Laurie spent some of the time under the hood to knock some IFR rust off, with Arianna acting as her CFII and safety pilot. The flight went perfectly, with a robust tailwind for the majority of the trip. They topped out at a groundspeed of 146 knots, a nice pace for the RV–12. At each stop, Arianna would pull the seat forward and talk to Arvy, offering words of encouragement, and she would “make her little grumbling pelican noises,” Arianna said. “She was a great passenger the whole way.” The journey lasted 11 hours, 59 minutes—the two shut down at North Palm Beach County at 6:06 p.m.—and volunteers from Busch Wildlife Sanctuary met the aviators at the airplane. The following day, Laurie and Arianna got to see Arvy out of her carrier, making herself at home in her new Florida digs. “It was a super fun cross-country flying adventure to do together, and then on top of that, we got to do something really great by bringing this rescued pelican to her new home,” Arianna said about the journey.

It was the longest flight the mother-daughter duo has done thus far, and they hope to continue piloting rescue missions together in the future.—By Sarah Tamar

Sarah Tamar is a professional Caravan seaplane pilot based in New York. She is currently working on her CFI and loves airplane camping, floatplane flying, and the great outdoors. 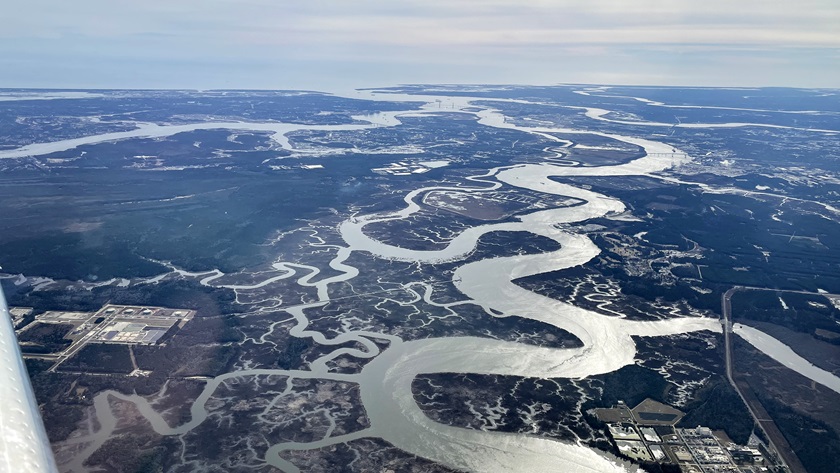 Musings: The thrill is back 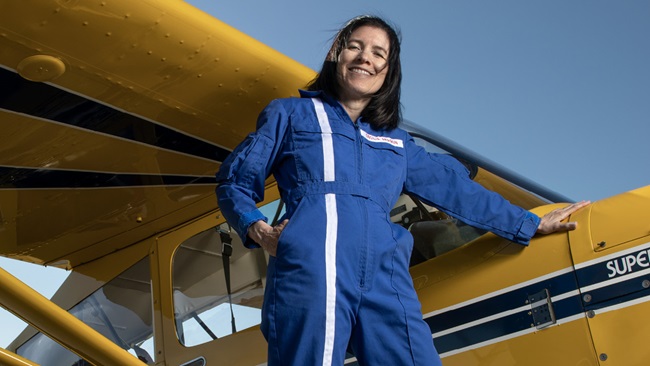