Tecnam P2006T takes on the dowagers of multiengine training

When multiengine students experience their first simulated engine failure, they’ve been told there will be a definite yaw to the side of the dead engine. What they don’t expect is that the nose of the trainer will skid—nay, gallop—to that side, as if someone else has taken firm control of the airplane, and they’re just along for the ride. 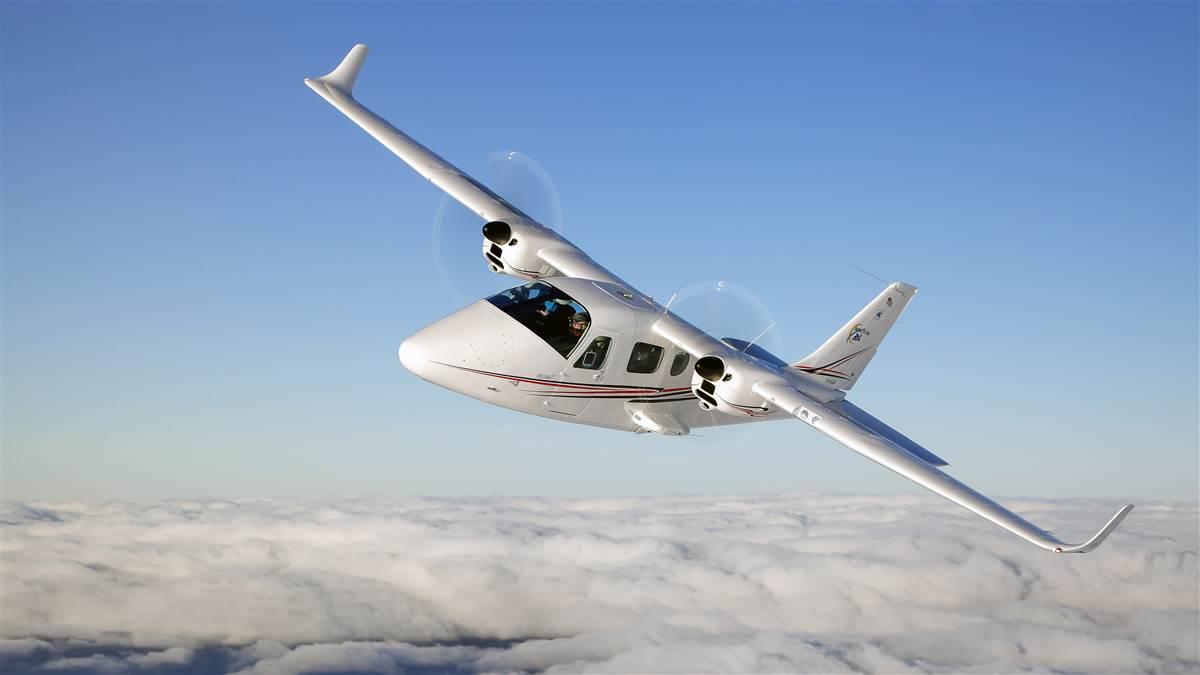 The first time I flew a single-engine recovery in the Tecnam P2006T twin-engine trainer, I was prepared for the sensation—as much as a student pilot is prepared for the wink-wink moment when their instructor will close the throttle on them. The actual shutdown was more dramatic. Right engine feathered, the nose marched to the left and—whoops—the brain-engrained response to turn the yoke produced no response from the airplane.

Recovery is textbook: Stomp on the rudder of the operating engine and start troubleshooting while working to regain lost altitude. You wouldn’t call it a “non-event,” but with the reassuring hum of the still-functioning Rotax engine in the background, things are stable enough to work the problem without the fear of making it worse. Madison Avenue might have termed it like this: “Come for the new airplane smell, stay for the handling capability.”

There’s always that one multiengine trainer at an airport. It’s old enough to vote—heck, it may be old enough to retire on a full pension. Occasionally, it takes off on two engines and returns on one—not intentionally. Its interior is patched; and its upholstery might still carry a whiff of tobacco from the days when smoking was not only accepted, it was encouraged.

Thanks to Beech, Cessna, and Piper, there has never been a dearth of twin-engine trainers. Duchess, Travel Air, 310, Aztec, Apache, Seminole, Grumman Cougar, Twin Comanche—solid platforms that trained your grandparents, your parents, and likely will continue to train pilots as long as mechanics can keep them airworthy. Piper is still making Seminoles and Beechcraft is producing Barons (the modern version of the Travel Air), and Diamond Aircraft produces the DA42 and DA62. Coming out of the factory with price tags north of $700,000 and in some cases exceeding $1 million, these aircraft are not likely to show up at your local flight school any time soon.

That leaves legacy trainers that look every inch their age, whose Lycoming and Continental engines are powered at 160- to 250-horsepower each and burn 20 gallons of fuel per hour.

Now comes the Italian-made Tecnam P2006T, which aims to best the old guard in ways they can’t compete—mainly operating price. Two 100-horsepower Rotax 912 S3 engines power the P2006T, burning just 9 gallons of avgas per hour total. The empty weight of its airframe is 1,806 pounds, compared to the 2,465-pound empty weight of a Piper Saratoga. And yet, despite its lineage of light sport aircraft, the P2006T is no flyweight.

The boxy multiengine trainer—it looks like a milk carton on the ground—represents a trend in twin training—one aimed at affordability and efficiency as well as performance. The P2006T is not exactly new on the market—it was certified in the United States in 2010—and it has been experiencing slow but steady growth here, not only as a trainer but also as a search and rescue aircraft.

“It’s very gentle and very easy to recover” from a simulated loss of a single engine, she said. “It handles nicely.”

Richard Van Lehn, co-owner of N60KK who leases it to Bravo, calls the twin “a small aircraft with big aircraft traits.” Van Lehn’s daily driver is a Boeing 777-300 he flies for a major airline, so he’s familiar with big airplane traits.

Bravo CFI Tim Lanigan agrees. Lanigan, a former instructor for FlightSafety International who has flown the Embraer E–170 for a regional airline, said although the Tecnam handles easily on the ground, it acts like a bigger, heavier twin in the air.

Lanigan is giving me a walk-around introduction, pointing out some of the design features not found in legacy twins. The P2006T has two doors: a left side for pilot and front seat passenger, and a rear right-side door for backseat passengers. In the event of an off-airport landing, if either of these two doors cannot be opened, occupants can exit through the hatch. It’s safety-wired shut and, if the safety wire isn’t intact, the airplane is grounded.

Each fuel tank holds 26.2 gallons, and the engines can burn either 100LL or 93 octane mogas. The cheaper mogas introduces greater economy—if it’s available. Johan Backlund, president of Riverside Flight Academy in Riverside, California, said the flight school operated its 2014 P2006T on mogas using a 100-gallon mobile refilling station. “We were fueling so many times a day we just got to the point where it was difficult to make a run to the gas station once or twice a day,” he said. Oil must be changed every 25 hours on 100LL; on mogas, it’s 50 hours.

Because these are Rotax engines with liquid-cooled cylinder heads, a preflight will include a check of the coolant bottle for each engine, and “burping” the engine if you have to add oil. Mind the stall vane located in front of the fuel tank; it has been known to break off if you lean against it. There’s a spot at a 45-degree angle behind the airplane where you can easily see whether fuel caps and oil doors are closed and latched.

The trailing link landing gear is easy to preflight, because of the torque stripes painted over the bolt and onto the adjoining structure; if a bolt comes loose, you’ll see a differentiation in the paint. Speaking of landing gear, the P2006T’s hydraulic landing gear won’t freefall in the event it doesn’t deploy. An emergency accumulator bottle stores pressure to blow the gear if necessary, and this is another preflight item: The system must be at 20 bar or 290 pounds per square inch, or it needs to be recharged. The actuator for the gear is located on the floor between the left seater’s knees; the right-seater cannot access it.

When it’s time to climb inside, the right seater goes first. Then I placed my posterior in the seat and pulled my leg in, much like entering a car. It was a refreshing change from clamoring onto a wing, stepping onto a seat, and then plopping into place. Did the Tecnam engineers have me in mind when they created this fuselage? No, but a grateful short nation appreciates the comfort factor. Another novelty: A safety switch deploys when the right door is closed, ensuring it cannot be opened when the engines are running.

The tidy front office pays homage to an airline cockpit: circuit breakers placed by the yokes on the left and right sides; fuel selector placed on an overhead panel; two avionics busses and two cross busses; and five ways to power the electrical system.

On startup, the Rotaxes clatter to life, yet it’s surprisingly quiet inside the airplane even with the MT Propeller wood/composite propeller spinning inches from the pilot’s head. Taxiing is straightforward, though once the airplane gains momentum the residual thrust of two engines makes it harder to stop than a single-engine airplane.

Cleared for takeoff, we roll onto the runway and smoothly accelerate (two throttles!). Right rudder is needed to keep on the centerline, but not as much as anticipated. Rotation speed is 65 knots. The airplane sits nose low on the ground, so when you do rotate the nose comes level first.

In the air, the P2006T is light on the controls, yet noticeable control pressure changes point to the fact that this is, indeed, a larger airplane.

The P2006T’s en route rate of climb is 841 feet per minute at 2,000 feet. Shut down an engine under the same conditions and you’re now climbing at 69 fpm. That’s a 90 percent loss of performance, so your recovery game needs to be on point. If you lose an engine after takeoff while the gear is still down, leave the gear down and land straight ahead. “As docile as it is, that’s where it comes up to try and bite you,” Lanigan said.

Landing the Tecnam P2006T takes some practice. The sight picture on final is steep. A pilot transitioning from Cessna Skyhawks will want to flare too much, too soon. It’s best to leave in some power prior to touchdown, or else the airplane may sink too rapidly.

Day to day training with the P2006T reveals idiosyncrasies with the weight and balance. During preflight Lanigan displays a 5-gallon water jug that is kept in the baggage compartment. The P2006T’s reference datum is the leading edge of the wing. The pilot seats are forward of the center of gravity, and the passenger seats are abeam the datum and do not help with the center of gravity. With less than full fuel and two people up front, the CG can be too far forward. Lanigan instructs his students to do a weight and balance calculation on every flight.

Both Bravo and Riverside Flight Academy report that Tecnam customer support has been good. Rotax parts are available from Aircraft Spruce & Specialty, which helps. Shipping a part from Italy can sometimes cause a delay, but “that hasn’t been an issue,” Riverside’s Backlund said.

The airplane hasn’t been a home run with all buyers, but customer satisfaction ranks high among those who are finding real benefits in operating a modern multiengine aircraft that delivers quality training at a lower operational cost. And you can’t discount that “new airplane” appeal of a trainer that isn’t plastered with INOP stickers.

“Instructors like it from the standpoint that there’s not too many places where you get to fly a three- or four-year old airplane,” said Backlund. 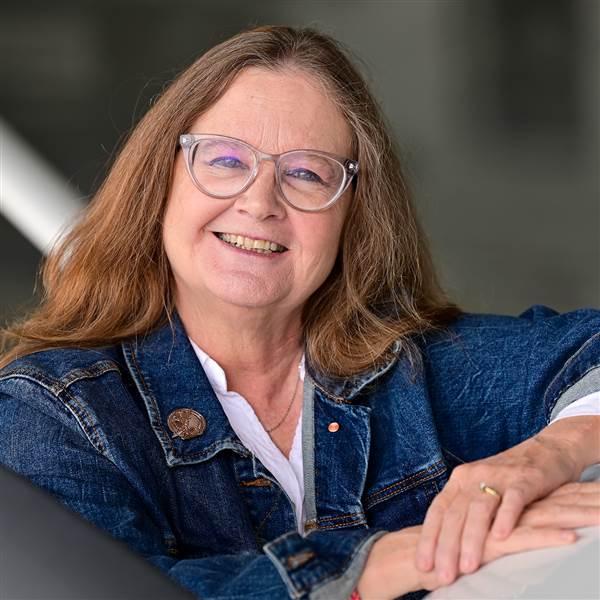 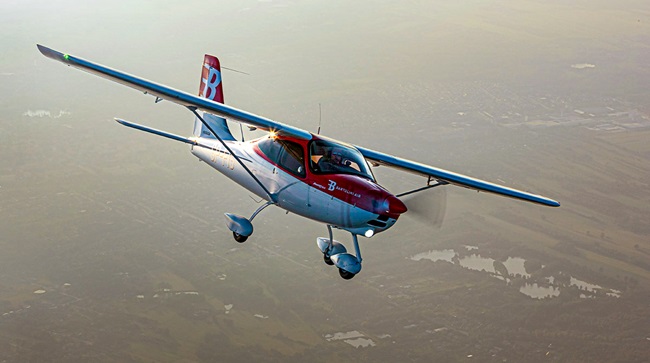 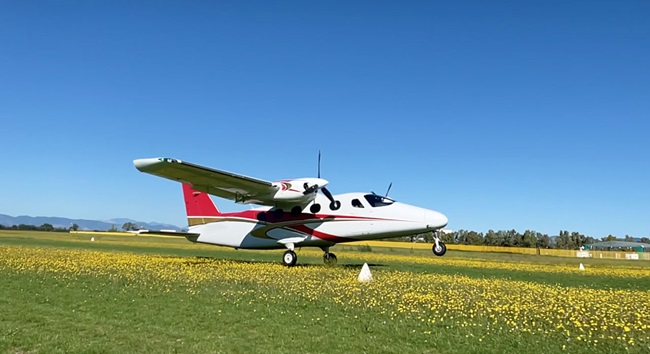 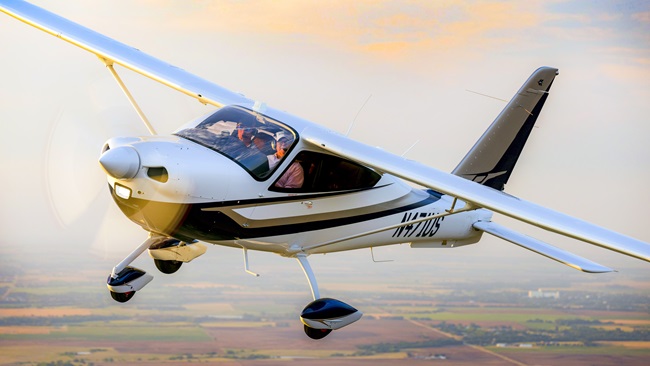