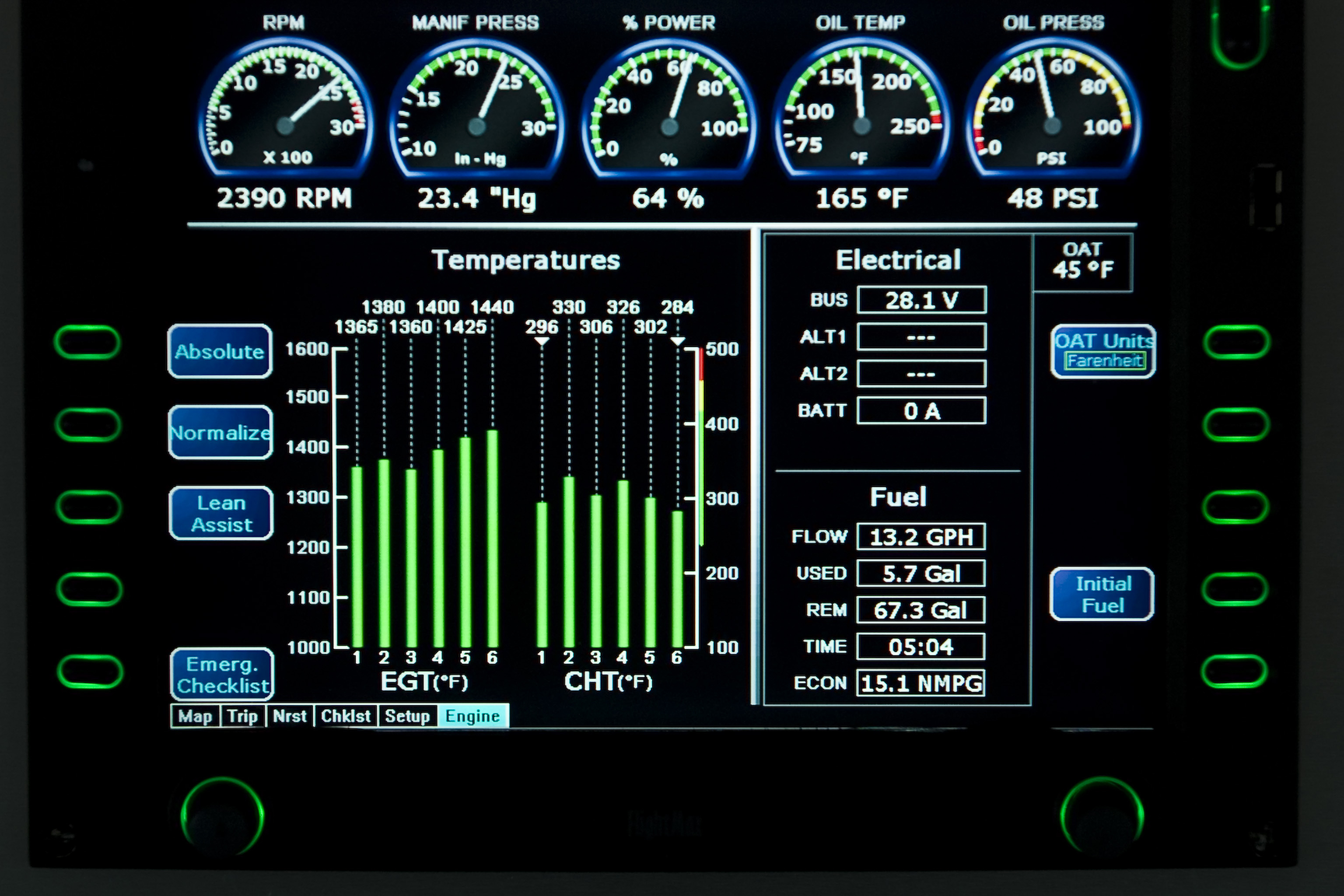 To maintain lateral balance in airplanes that cannot simultaneously feed fuel from both wings, try to keep the tanks as equal as possible (within reason). For example: After takeoff, you might fly for half an hour on the left tank, and then an hour on the right tank, switching hourly thereafter. This should keep you from having more than a half-hour’s fuel imbalance at any given time. Many pilots mount a timer in plain view to remind them to switch tanks.

The performance, range, and endurance figures listed in the POH are based on a properly leaned engine. Most engines can be safely leaned at any altitude so long as they are operating at less than 75 percent power. (Consult your POH for information on calculating percentage of power.) 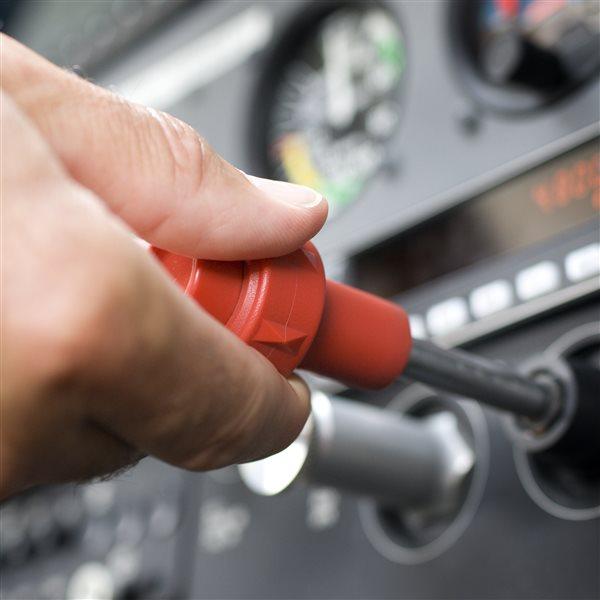 In flight, recalculate range and endurance hourly. Compare your range calculation with the distance to your destination to make sure you maintain an adequate fuel reserve.

In flight, recalculate range and endurance hourly. Compare your range calculation with the distance to your destination to make sure you maintain an adequate fuel reserve. By doing this, you can make timely adjustments to your flight plan for unforecast winds, or weather deviations. 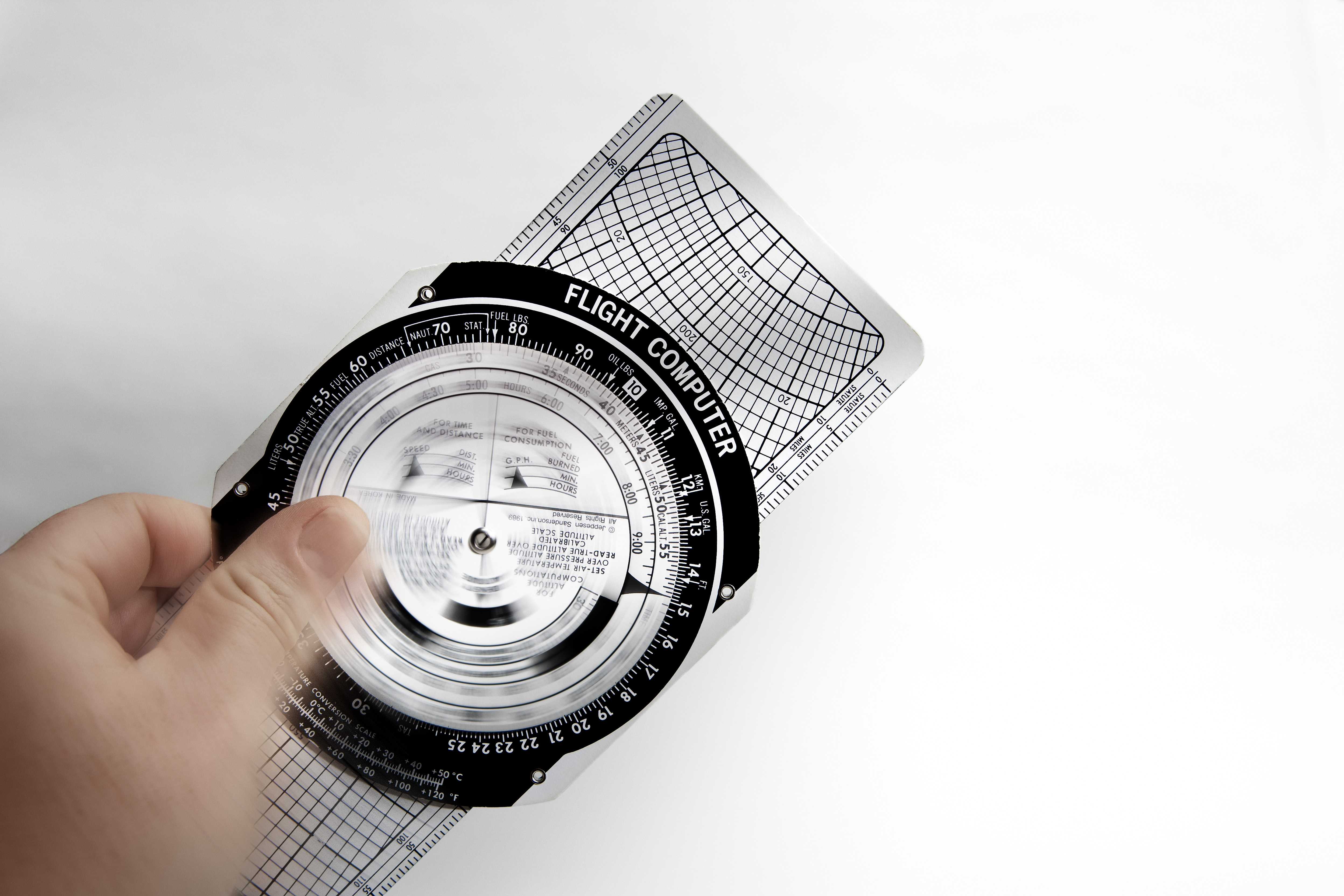 A GPS can be a valuable aid in managing fuel consumption as it provides ground speed and time en route, which are essential parameters for determining adequate fuel reserves. In addition, fuel range rings in glass panel cockpits can provide a clear graphic depiction of time and distance to reserve fuel and distance to fuel exhaustion.

One way to get to know your fuel consumption is to estimate how much fuel your airplane will take at each fuel stop. Comparing this estimate with what actually goes into the tanks is an excellent way to develop “fuel sense.” Many pilots make a game of this—seeing how close the fuel bill is to their prediction.

If you’re low on fuel—or worse, dipping into the reserve—land as soon as possible. Don’t wait for the FBO with the best price or the preferred credit card.

Long deviations around weather, stronger than forecast headwinds, or discovery of a low fuel condition may require you to maximize fuel economy. Here are some ways to conserve fuel.

If you’re low on fuel—or worse, dipping into the reserve—land as soon as possible. Don’t wait for the FBO with the best price or the preferred credit card.

Words matter when the fuel gauge points to empty. In this video clip, air traffic controllers explain that when you’re running on empty, what you say is as important as when you say it.

The airplane collided with trees during an emergency approach due to fuel exhaustion. But that was only the final link in a long chain of mistakes and missed opportunities. This video reminds us to recognize and convey an emergency—not wait until it’s too late.