Get the app Get the app
News & Media Training and Safety Tip: Flight controls in four phases

It’s no wonder that student pilots become frustrated with controlling an aircraft when there seems to be inconsistency between flight control inputs and aircraft response, contributing to the thought, “I’m never going to get this.” 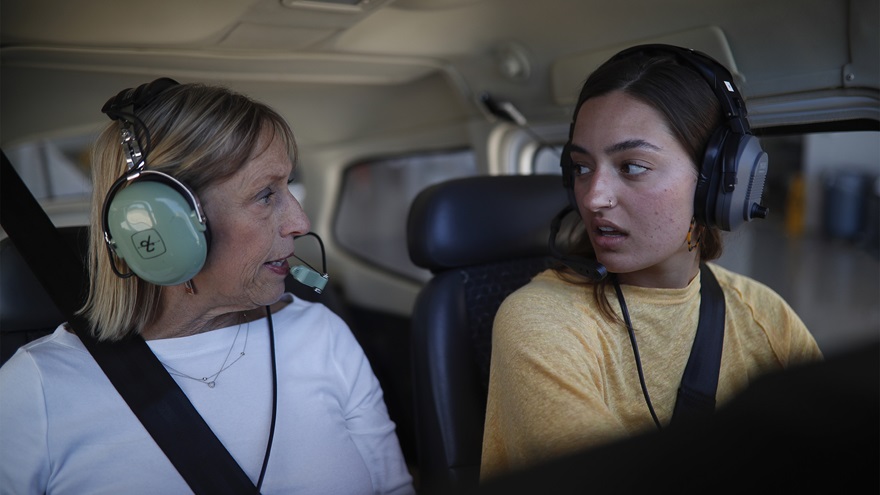 Learning to fly might be less onerous if students understood that flight controls have a unique purpose in each phase of flight. Applying the same inputs to ailerons, rudder, and elevator, no matter which “phase” an aircraft is in, is where things become frustrating. To help promote understanding of the changing roles flight controls play, let’s analyze the aviating process during taxi, takeoff, cruise, and landing.

Taxi: When taxiing, students first encounter confusing control inputs when they attempt to turn the aircraft with the yoke. Ailerons have no effect when attempting a turn on terra firma. That task is the domain of the rudder. When taxiing with a quartering tailwind, ailerons and elevator provide a supporting role by being deflected down, on the windward side, to reduce the tendency of the wind to lift the tail or upwind wing. When taxiing into a quartering headwind, the upwind aileron should be up and elevator neutral in a tricycle-gear aircraft. When taxiing a tailwheel aircraft, the elevator should be held in the most rearward position to keep the tail on the ground.

Takeoff: During initial ground roll, the rudder continues to be the primary means of directional control with the ailerons positioned to prevent unwanted premature lifting of the upwind wing. At liftoff, the roles immediately switch, as the ailerons assume directional control and the rudder assumes its role of controlling yaw. This important change is where students usually correct for left turning tendency with right bank, which results in an uncoordinated climb.

Cruise: When maneuvering in cruise, flight controls assume their primary functions with aileron inputs for turns, rudder deflected in the same direction to eliminate yaw, and elevator to control pitch.

Landing: In the traffic pattern, flight control inputs are standard as in cruise— until final approach. In a calm wind, nothing changes. However, with a crosswind, to maintain proper ground track, rudder and aileron applications change. The ailerons are banked to maintain a straight ground track, while the rudder reverts from eliminating adverse yaw to creating yaw (producing a sideslip) to maintain parallel alignment to the centerline at touchdown.