Get the app Get the app
Already a member? Please login below for an enhanced experience. Not a member? Join today
News & Media Savvy Maintenance
Sponsored by Aircraft Spruce

Sam’s 1979 Piper PA–34-200T Seneca II was in the shop, and he was not happy. The shop had just done a compression test on the airplane’s two Continental TSIO-360-EB3B engines and had given Sam some unwelcome news. 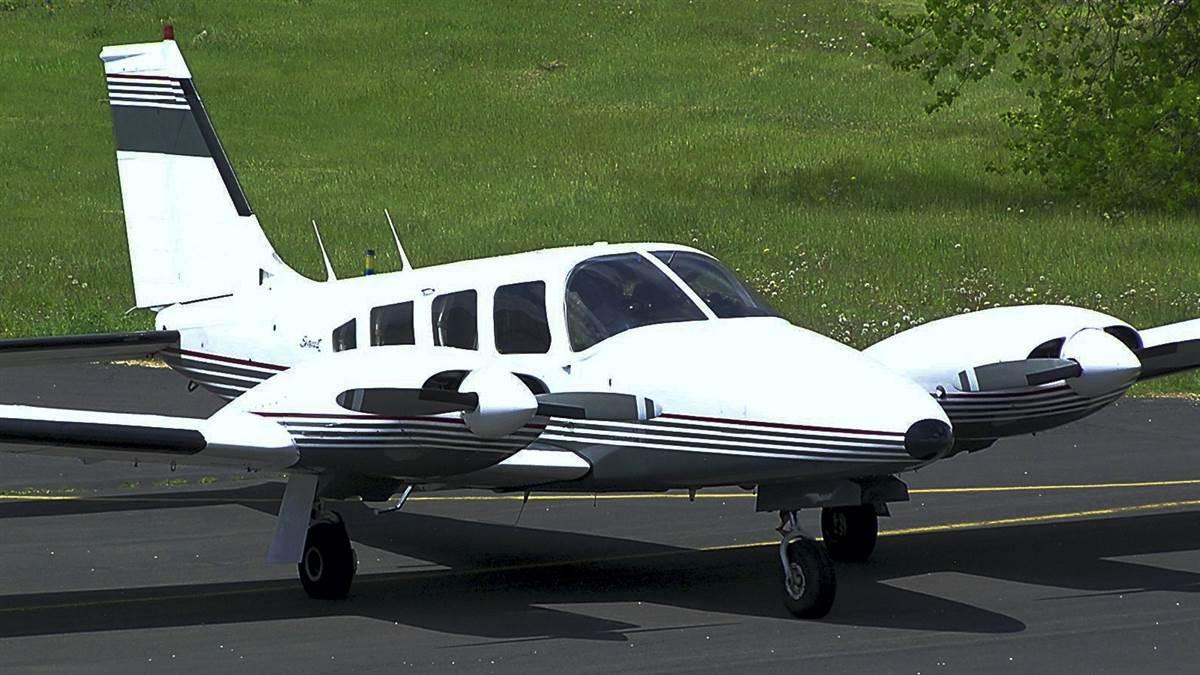 Repetitive cylinder removals like the ones Sam experienced often trigger such guilt feelings, but usually they’re not the fault of the owner or pilot. More likely they’re the fault of trigger-happy mechanics who were trained that low compression automatically requires removing the cylinder.

It doesn’t. What it does require is a good borescope inspection to determine the cause of the low compression. Once the reason for the low compression has been established, it is often possible to remediate the problem without removing the cylinder, particularly if it has been caught early enough. 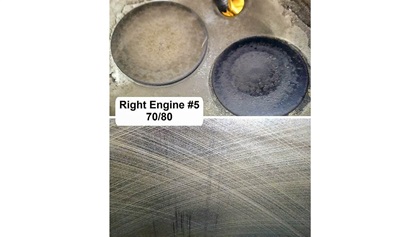 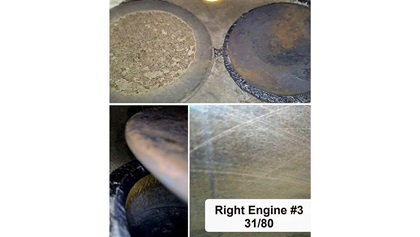 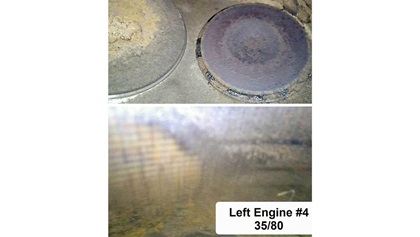 We asked Sam for high-resolution borescope images for both engines, both the good cylinders and the bad ones: cylinder walls, piston crowns, exhaust valve faces (viewed straight on), exhaust valve seats and stems (shot with the exhaust valve fully open), and anything else noteworthy. 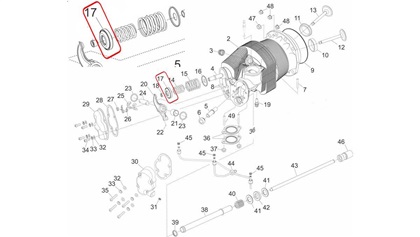 Since 2003, Continental has required a borescope inspection any time a compression test is done. This guidance was originally in Service Bulletin SB03-3, but has now been incorporated into the Continental Motors Standard Practice Maintenance Manual M-0. The borescope inspection is quick and easy, and something that an aircraft owner can do on his own recognizance as preventive maintenance.

If the borescope images revealed that the exhaust valve was burned, he’d need to take action, we advised Sam. If it wasn’t burned too badly, he might be able to save it by lapping the valve and seat in place and replacing the rotator cap. However, if the valve didn’t appear burned under the borescope, then Continental says to fly the aircraft for at least 45 minutes and then re-check the compression hot.

“My A&P doesn’t have a decent borescope…but I do!” Sam replied. “After attending some of Mike’s talks at EAA AirVenture in Oshkosh, I bought a ViVidia Ablescope VA-400 for less than $250, and I am doing the borescope inspection myself with my A&P looking over my shoulder.”

I was starting to really like Sam. I wish all aircraft owners were that proactive with their maintenance.

What the scope saw

Not long afterward, Sam sent a veritable gallery of excellent digital borescope images. On cylinder number 5 of the right engine—one of the good ones, with compression of 70/80—the exhaust valve looked perfectly symmetrical, and the cylinder wall had a beautiful crosshatch. It almost looked brand new.

“Well it certainly should,” said Sam. “The shop replaced that cylinder last year, and it has less than 300 hours on it.

“Now, here’s cylinder number 3 of the right engine, one of the ones my mechanic says needs to be replaced because the compression is only 31/80 with air audibly leaking out the tailpipe.”

“That exhaust valve is definitely in trouble,” I told Sam, “but it’s still in the early stages and I believe it can be saved without removing the cylinder. The barrel looks in good shape with plenty of crosshatch left. We recommend lapping that valve in place using some valve grinding compound. We’ve had good luck rescuing low-compression cylinders using this procedure.” A nice write-up of the lapping procedure by my colleague Paul New, an A&P/IA, is available at bit.ly/exhaustvalvelapping.

We told him there was a good chance the exhaust valve rotator cap was worn, too, which could cause the valve not to rotate properly. This might be the reason it was starting to burn. After the valve lapping was complete, we recommended installing a new rotator cap while reassembling the valve train. Then repeat the compression test. “If it is up in the passing range—at least 45/80—then fly it and re-test it hot and we bet it comes up even more,” I told him. “We’re quite optimistic about recuing this cylinder without having to remove it.”

Then Sam showed us the other cylinder his mechanic said needed to be pulled: cylinder number 4 of the left engine. “The compression reading was 35/80 and it seemed to be leaking past the rings.”

“That exhaust valve looks good,” I told Sam, “but the barrel of this one looks quite worn with very little crosshatch and some shiny spots. We’re less optimistic about saving this one, but before we give up on it we’d suggest performing an oil control ring solvent flush procedure to wash the accumulated gunk out of the piston ring grooves and hopefully allow the rings to seal better.” We provided Sam the details of our recommended solvent flush procedure, which you can find at bit.ly/solventflush.

“My A&P has never done the lapping of the exhaust valve in place,” Sam said. “He says he’s heard about the procedure but is somewhat skittish to try it. He says he’s also never done the ring flush procedure and never heard of it before. I told him I thought it couldn’t hurt to try these things, and that if he botches it then we just replace the cylinder. He still seems reluctant. With the known low compressions on both engines, I guess the airplane is no longer airworthy so I can’t fly it to another A&P.”

“Lapping of the valve is a finishing process whenever valves or seats are worked on,” I explained. “It’s completely routine so far as processes go, although most A&Ps have never done it unless they do cylinder repairs or work in an engine shop. As you say, if your mechanic attempts the lapping and the compression does not improve, then cylinder removal is the next step. It’s certainly worth a shot.”

The solvent flush procedure is simple: remove the top spark plug, rotate the propeller to bring the piston to bottom-dead-center on the compression stroke, pour the solvent mixture through the spark plug hole to fill the combustion chamber, replace the top spark plug, and then pull the prop to force the solvent past the rings. Lather, rinse and repeat a few times. Then drain the solvent-contaminated oil and service the engine with fresh oil. “This is something you could do yourself under your preventive maintenance authority,” I said. “There’s nothing to lose by trying it.”

“Good news,” Sam posted the next day. “I found another mechanic who is familiar with the lapping procedure and quite comfortable doing it. He lapped the right engine number 3 exhaust valve twice, and now the compression in that cylinder is 60/80. He repeated the compression test with the valve rotated to various positions and it remained consistent.”

“Very promising!” I told Sam. “Did the mechanic install the valve springs with a new rotator cap? That may be the root of the problem. Make sure he installed a new one.”

“The mechanic says the rotator cap applies only to Lycoming engines and that Continentals do not have a rotator cap,” Sam said.

“That’s not quite true, but we may just have a terminology problem,” I explained. Continental refers to the rotator cap in its parts catalog as a “rotocoil.” We gave him the part number for his TSIO-360-EB3B. Sam said the valve springs looked OK, but he decided to replace them along with the rotocoil since the valve train was already apart.

“The ring flush procedure was carried out on left engine cylinder number 4. After it was completed the [cold] compression was up to 58/80 which is very encouraging indeed,” he said. “Once everything is back together, we’ll do a long-ish ground run and then re-check compression. If all looks good, then I will do a test flight on Wednesday for about an hour and then we’ll do yet another compression test hot.”

Proof of the pudding

“By the way,” said Sam, “it was interesting watching the mechanics shift their approach as this unfolded. My A&P has a very low-quality borescope that he seldom uses. He watched as I did the borescope inspection myself using the ViVidia VA-400 that I purchased at Oshkosh, and he was amazed at the quality of the images and the scope’s ability to articulate the camera back toward the valves. His parting comment was, ‘I gotta get me one of those things!’”

Sam’s experience is a perfect example of something that we see so often: So many A&Ps who work on GA aircraft are spring-loaded to remove cylinders that flunk the compression test, rather than using the borescope to identify the issues and trying to resolve them without cylinder removal. As Sam’s experience shows, there are minimally invasive methods that can dramatically reduce maintenance costs, downtime, and the risk of maintenance-induced failures associated with cylinder removal.

If the borescope reveals things are too far gone, then cylinder removal may be necessary. But often it isn’t. If the cylinder can be rescued without removal, that’s always the best option. When in doubt, it’s worth a shot. 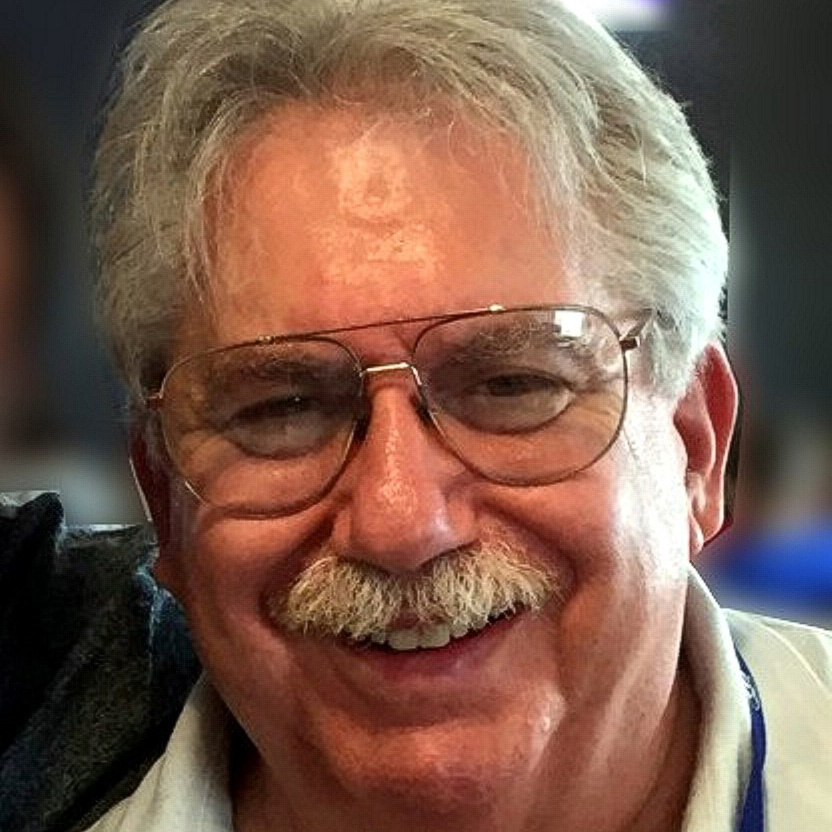 Mike Busch is arguably the best-known A&P/IA in general aviation. He writes the monthly “Savvy Maintenance” column in AOPA PILOT and hosts free monthly EAA-sponsored maintenance webinars. Mike is a mathematician by training, having received his Bachelor of Arts degree in mathematics from Dartmouth College. After Dartmouth, he did graduate work in mathematics at Princeton University and in business administration at Columbia University. While at Dartmouth, Mike did pioneering work in computer software development, and ultimately retired from a long, successful career as a software entrepreneur. Mike then co-founded AVweb in 1995 and served as its editor-in-chief and investigative journalist until its sale to Belvoir Publications in 2002. Through his work as a type club tech rep for Cessna Pilots Association, American Bonanza Society, and Cirrus Owners and Pilots Association, and as CEO of Savvy Aviation, Inc., Mike has helped thousands of aircraft owners resolve thorny maintenance problems that have stumped their local A&Ps. Founded in 2008, Mike’s company Savvy Aviation, Inc. provides a broad palette of maintenance-related services to thousands of owners of piston GA airplanes. Those services include maintenance management and consulting, engine monitor data analysis, a nationwide prebuy management program, and 24/7 breakdown assistance that’s essentially “AAA for GA.”
Go to Mike Busch's Profile