Get the app Get the app
AOPA will be closing at 2 pm ET on Friday, July 1, in observance of the Independence Day holiday. We will reopen at 8:30 am ET on Tuesday, July 5.
News & Media eVTOL

Fly for fun, with pay

The ‘everyone flies’ business model

Editor's note: An earlier version of this story incorrectly stated that Amazon placed orders with Beta Technologies. While Amazon did invest a significant sum in the company through its Climate Pledge Fund, it is not among the companies that have placed orders.
By the time you read this, there’s an excellent chance that Alia serial number 2, the first prototype of a clean-sheet, all-electric aircraft with fully realized vertical lift capability, will have logged its first hover.

Aiming to be the first all-electric vertical takeoff and landing aircraft approved for commercial use, Alia’s design is distinct from its rivals in a few key respects. The company’s “first principles” approach produced a prototype designed to be as simple as possible. More than one staffer repeated a variation of their guiding principle: “the only part that will never break is the part that’s not on the aircraft.” Four horizontally mounted rotors do not tilt, as they do on other eVTOL designs, a feature that adds a great deal of mechanical and computer code complexity. Instead, the blades fold and tuck away for forward flight to reduce drag once the aircraft builds speed using a pusher propeller that is controlled by a thumbwheel on a stick. This stick looks and acts in many respects like a helicopter’s collective, although Beta calls it a “lift lever.”

Beta conducted initial flight tests using serial number 1, which operates strictly like a conventional airplane and has only the pusher motor. It takes off and lands on wheels mounted inside of the skids, which are similar to helicopter skids but with a larger diameter to accommodate the “skwheels” nested inside. The high aspect ratio wing, similar to a sailplane wing, has delivered a lift-to-drag ratio of 17:1, enabling Alia to glide about 2.5 nautical miles for every 1,000 feet of altitude. The Skyhawks that Beta staff train in to earn pilot certificates can glide about 1 nm for every 1,000 feet.

This combination of vertical lift motors and rotors used during takeoff and landing, and an aerodynamically efficient wing that provides the required lift in cruise flight, should allow Alia to fly logistically useful loads of cargo up to around 150 nautical miles with adequate VFR or IFR reserves, at a cruise speed around 100 knots. Those numbers are based on present-day batteries and would only improve if battery technology advances.

In October, as the second Alia prototype was being prepared for its first vertical liftoff, Beta had more than 500 orders already on the books, hoping that FAA certification will allow deliveries to begin as soon as 2024. —JM

There is an equally high probability that on or soon after that auspicious day, the staff of Beta Technologies will organize a company fly-out to celebrate—quite possibly flown in formation.

Such a formation could include anywhere from a handful to a dozen aircraft or more flown by company “team members” whose pilot training—up to every aircraft hour flown—was provided by their employer. Every job landed at Beta Technologies comes with access to a sizeable company fleet of airplanes and helicopters. Every employee—from engineering intern Bella Rieley, who is a full-time student at the University of Vermont, to founder and CEO Kyle Clark—gets to fly as many hours as they want on the company dime, in any of the 22 aircraft in the company fleet.

A useful metric to explain how such a well-equipped employee aircraft fleet came to be: Beta Technologies investors, including Amazon’s Climate Pledge Fund, have chipped in $368 million to date, a bankroll that makes it stand out from a crowded field of electric aviation hopefuls to rank among the top early fundraisers.

Beta, which was founded in Vermont’s Champlain Valley in 2017 by a former professional hockey player with a Harvard degree, is building an aircraft factory in Burlington, Vermont, part of an infrastructure expansion planned to include more than 300,000 square feet. More of the fast-growing startup’s infrastructure is on the opposite side of Lake Champlain, where the company has established a flight test facility at Plattsburgh International Airport in New York.

A short hop from Burlington by airplane, the nontowered former military base in Plattsburgh features an 11,759-foot-long runway, which, combined with lower traffic counts and population density, make it a more favorable place to test a novel aircraft—one of a particular type never before certified by the FAA (see “Uncomplicated By Design,” sidebar).

For staff participating in the flight test program, making the trip from headquarters by car requires at least 90 minutes including a ferry ride. Yet fostering passion for aviation, and the deeper understanding that comes from pilot training, even more than logistics, is the reason Beta Technologies wants its staff to feel free to fly and considers it a competitive advantage that they do.

“It helps connect our staff, our team members, to the mission,” said Chris Caputo, the team member assigned to lead an October tour. In another organization, Caputo might be a vice president or senior manager, but another facet of Beta Technologies culture is that the organization is as “flat” as they can make it. Everyone is a “team member” at Beta Technologies. (Clark, the company founder and Alia’s designer, has been known to grab a broom and sweep the floor when needed.)

The mission, Caputo explained, is to revolutionize cargo logistics with electric aircraft that produce no emissions and can haul loads of cargo across useful distances. While most of its eVTOL rivals working on aircraft that are large enough to carry passengers are focused primarily on just that, passenger transportation, Beta has made a bet that FAA certification and entry into service will come more quickly for an aircraft made to haul packages between shipping company and retail warehouses.

The list of customers lined up and waiting for Alia to arrive includes the shipping giant UPS, urban air mobility startup Blade, and United Therapeutics, a biotechnology company looking to build an advanced air transportation network to deliver replacement organs to patients. That company provided a sizeable chunk of seed money in Beta’s earliest days. Solar panels and wind turbines have proliferated in the Green Mountain State, which also in 2020 outlawed disposal of kitchen waste into the trash stream, in the interest of limiting greenhouse gas emissions from landfills. Electric vehicles are common in the more populated areas, including Beta’s parking lot.

“The mission that we’re on aligns with Vermont values,” Caputo said, explaining other reasons why the company chose to put down roots in one of the country’s least-populated states, with prevailing weather conditions that are more challenging than most. That is also an advantage, Caputo said, considering that the end customers Beta is pitching Alia to require aircraft capable of handling the worst weather Vermont has to offer, and then some.

There is also the fact that Clark, who earned the nickname “Beta” while studying engineering and playing ice hockey at Harvard, grew up in Vermont. As did his wife, Katie, who is the principal author of the company culture.

The company founded in 2017 has grown quickly through the prototype phase. By late October 2021, the staff had grown to about 320 people (with additional positions open and advertised); more recent reports put 350 people on the payroll.

In October, Caputo led a tour of the company headquarters on the general aviation side of Burlington International Airport. There, a driveway and parking lot still covered in gravel led to a nondescript door and stairway leading to second-floor offices with clusters of desks and glass interior walls offering a sweeping view of the aircraft hangar. Part of the building was closed off and draped in plastic, undergoing renovation to create more workspace. The finished portions looked like a modern office designed by pilots who appreciate being able to sit back and ogle aircraft every now and then.

In addition to the sizeable fleet of aircraft that are theirs for the scheduling, the staff can book time with fellow employees who are CFIs, and who divide their time between flight instruction and jobs such as testing battery packs, flight test operations, or designing and building flight control systems.

The only aircraft off-limits (at least for the time being) are the two eVTOL prototypes flown by four designated test pilots on the company staff.

While they wait to get their hands on Alia, Rieley and other Beta team members can fly aircraft ranging from vintage to modern, including a Piper Cub made in 1940, a Cessna Caravan, several Cessna Skyhawks (workhorses of private pilot training here, as elsewhere), as well as a few more exotic aircraft, such as an Extra 300 used for spin and upset recovery training as well as for aerobatic fun.

Electric aviation orientation flights are made in a pair of Pipistrel Velis Electros, an obvious choice for a company building an all-electric aircraft of its own, although Beta Technologies does not shy away from petroleum-based aviation fuels. A vintage Boeing Stearman Model 75 in yellow U.S. Navy livery was parked a few feet away from the two Alia prototypes. The biplane is no museum piece; Caputo said it gets regular exercise in the hands of pilots on the staff seeking tailwheel time or training, or just a little wind on their cheeks in an open-cockpit biplane.

With such an embarrassment of aeronautical riches at their disposal, you might expect 100 percent participation in what may well be the largest company-funded flying club anywhere. Caputo reported that about 83 percent of the staff are active students or certificated pilots working toward additional ratings and endorsements.

“We don’t force it on anybody,” Caputo said of the extraordinarily generous aviation benefit that Beta Technologies offers.

As a startup competing with other well-funded firms (including Joby Aviation, Kitty Hawk, and Lilium, to name a few), Beta Technologies integrated its impressive company flying club into its business model to gain advantage over rivals across more than one dimension of its business operations. The returns on that sizeable investment in aircraft acquisition and operation extend beyond logistics, Caputo noted: “It is a great recruiting tool for us to attract some of the best and brightest engineers.”

A 25-year-old case in point: Lochie Ferrier, a Massachusetts Institute of Technology graduate and one of the company’s four test pilots, previously worked for eVTOL rival Kitty Hawk.

Ferrier said that having so many trained pilots in engineering, testing, and other product development roles optimizes the overall effort by eliminating barriers to effective communication between pilots and engineers. Engineers can better understand what pilots are reporting from a test mission when they are pilots themselves. Pilots can better understand design goals when they also happen to be engineers.

“It gives us a competitive advantage,” Caputo said of the company aircraft fleet.

Rieley recalled studying engineering at Northeastern University in Boston before learning of Beta Technologies and focusing her career aspirations on the goal of working there. She transferred to the UVM to complete her degree while working on aeronautical engineering tasks and learning to fly.

“Once I got here it was a full immersion,” Rieley said. “You either get with the aviation program or you’re going to get left behind.”

She is now working on an instrument rating. The flight benefits would be missed had she wound up working elsewhere. “There would have been no personal connection, and enthusiasm,” Rieley said. “Because I was able to spend time in an airplane and truly develop that love for aviation, it drastically [affects] my drive to come to work every day, my drive to create this incredible aircraft that I would want to fly someday.” 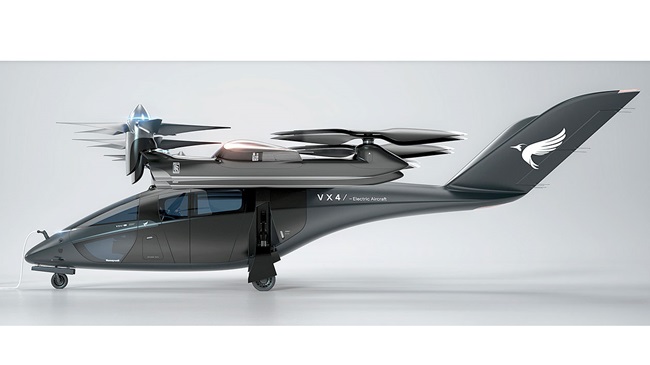 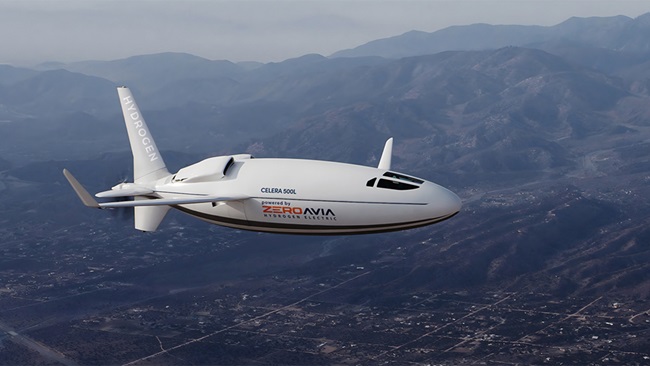 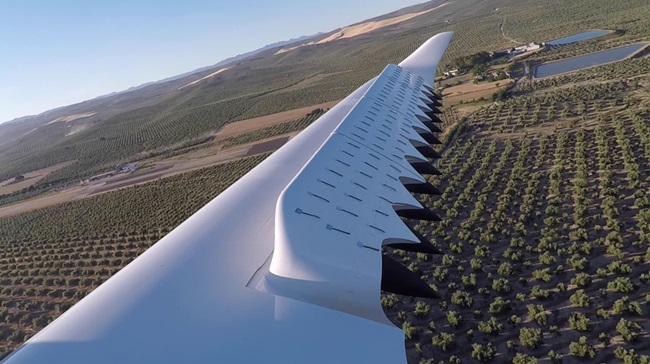