Get the app Get the app
Already a member? Please login below for an enhanced experience. Not a member? Join today
News & Media Destinations

Fly the harbor visual at PWM

Of all the scenic approaches to America’s airports, the harbor visual to Runway 29 at Portland International Jetport is among the most memorable. 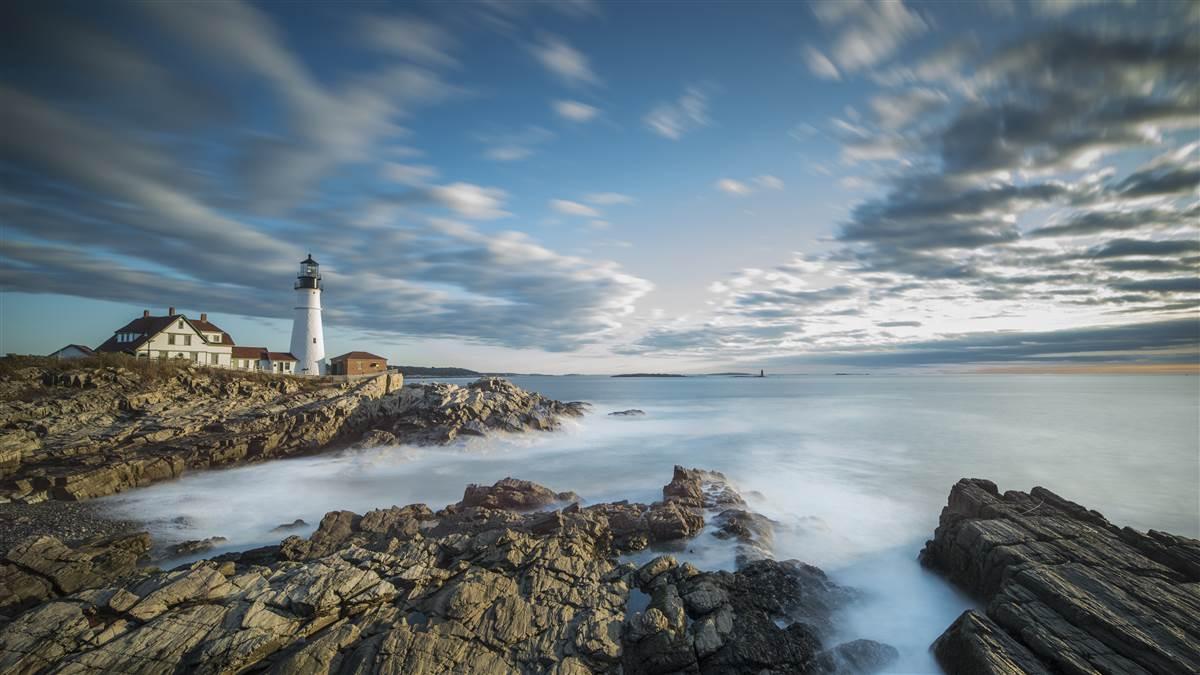 WHY YOU SHOULD GO
History, coastline, sailing, seafood, microbreweries, and flying the “harbor visual” approach. The harbor visual requires a ceiling of at least 3,000 feet and four miles visibility, so time your arrival accordingly.

GETTING THERE
Northeast Air and MAC Jets are fine FBOs, and both offer self-serve avgas. Northeast has more ramp space, and MAC Jets has Sue Stevens.

Swoop over the Atlantic Ocean and the rocky coast of southern Maine at 3,000 feet or less, then spot the lighthouses: Cape Elizabeth is first when arriving from the south, followed by Portland Head, Ram Island Ledge, and finally the Portland Breakwater.

Cross over the islands on the way to the harbor entrance, then follow the water as it narrows to a point at the Fore River. Overfly the bridges and roll out on a heading of 290 degrees the runway lights are directly before you.

The most challenging aspect of flying the approach is keeping yourself from staring at the magnificent coastline, a dazzling variety of boats, the bustling harbor itself, and the city of Portland, which stands atop a hilly peninsula, and the office buildings seem to be at eye level on the right side of the airplane as you get close to the airport. Oh, and watch out for seagulls, of which there are many.

Once you land, there are two highly rated FBOs: Northeast Air and MAC Jets.

We chose MAC Jets because of Sue Stevens, the effervescent problem solver who works behind the counter. Within minutes of our unscheduled arrival, she’d arranged a hangar for our Piper Super Cub (thunderstorms were in the forecast) and found us a car and a hotel—none of which were easy because we’d foolishly arrived during “camp weekend” when thousands of East Coast parents come to Maine to drop off their children. (Other times to avoid are “parents’ weekend” at summer camp and closing weekend.)

MAC Jets was founded by Al Caruso, part of a legendary New England aviation family, and he often commutes to work in his own Piper Super Cub. Within minutes of our arrival, Caruso had ushered our airplane inside and provided detailed information about fun or out-of-the-way places to fly in his home state. (The Owls Head Transportation Museum at Knox County Regional Airport is near the top of the list.)

The Portland airport itself is divided between passenger airlines on the north side and GA on the south. And even though they share runways and radio frequencies, they operate quite independently. Also, airline traffic is relatively light, even in summer, so GA pilots won’t feel outnumbered. The airspace surrounding Portland is Class C, and the controllers are exceptionally friendly and adept at coordinating aircraft ranging from amphibious floatplanes and single-engine trainers to corporate jets and airliners.

Jeff Van West, creative director at PilotWorkshops and a longtime Portland resident, humbly described his city as “the best place on the planet to live and fly.”

“The best season here is fall, and the best month is September,” he said. “There aren’t any thunderstorms then. The leaves are changing. And the cold hasn’t set in yet.”

One weather phenomenon that can complicate flying in fall is sea fog. It can roll in at just about any time of day and drop visibility below instrument landing minimums. Thankfully, however, the fog is usually quite localized, and nearby airports often remain clear to use as alternates.

The city of Portland itself has a vibrant “hipster lite” vibe that’s reminiscent of Boston or Seattle without the pretension. Families bring young children and dogs downtown to play in the parks, board ferry boats to outlying islands, ply the harbor, and enjoy the many restaurants and microbreweries. Local recommendations include Sisters Gourmet Deli, The Holy Donut, and the Mr. Tuna lunch truck. 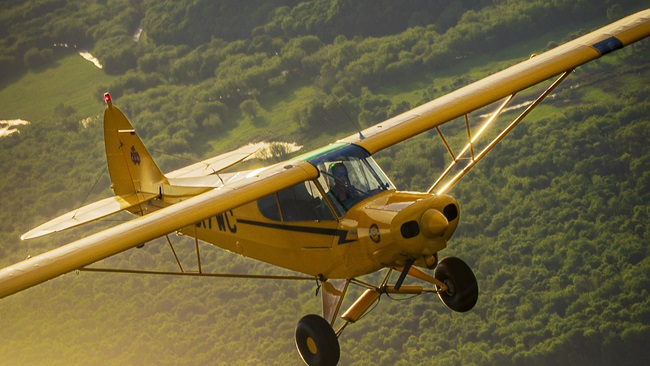