Tamarack Aerospace, makers of the Active Technology Load Alleviation System (ATLAS) winglets installed on some 150 model 525-series Cessna Citation jets (the CitationJet, plus the CJ1, CJ2, CJ3, CJ4, and M2 models), announced that it has begun demonstration and validation tests aimed at certification of the retrofit on Beechcraft King Air aircraft. 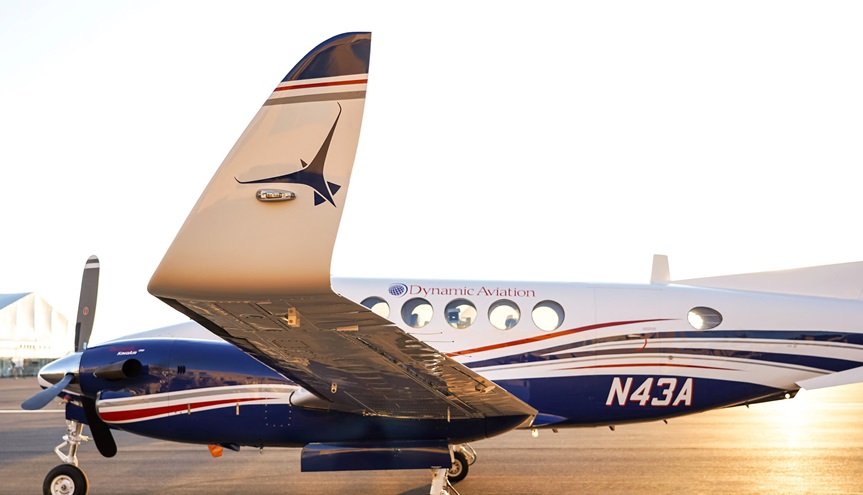 This variant of the ATLAS, dubbed the Performance Smartwing, is currently in a flight test program installed on a B200 King Air carrying the C–12 military designation. Working in partnership with Dynamic Aviation, the initial intent is to target the defense market, where better hot and high performance, and longer loiter times, range, and endurance, would enhance surveillance missions. Dynamic Aviation acquires King Airs and other aircraft, then leases them to the military. The Smartwing King Air is being reviewed by U.S. military and defense organizations.

The Smartwing system consists of a specially designed winglet installed on a wing extension containing two aileron-like tabs that deploy to shed aerodynamic loads in turbulence and other situations where G loads can contribute to excess wing bending. The load-shedding technology compensates for the systems’ extra weight while allowing the drag-reducing, performance-enhancing effects of its extra wingspan and large winglets. The new winglets replace the King Air’s stock winglets.

Tamarack says its load-alleviation technology in Citations lowers stall speeds, increases zero fuel weights, improves fuel economy by 33 percent, and adds an hour’s worth of endurance. “Instead of a three-hour endurance, it’s up to four hours with our system,” said Tamarack founder and CEO Nick Guida. Approach speeds and takeoff and landing distances also benefit, he said.

Tamarack President Jacob Klinginsmith said that the system’s performance benefits in its King Air application will be even greater than those realized in Citations, adding that the King Air system will use two cambered surfaces for redundancy, instead of the single-surface Citation installation. The King Air test flights are not yet complete, but Guida said that evidence has indicated that the Smartwing performance improvements are similar to those achieved in the Citation applications. “VMCG, VMCA, and VYSE airspeeds are lower; single-engine rates of climb are greater than those of the stock King Air 200s; and times to climb are significantly reduced,” he said.

Although Dynamic Aviation is the first to apply the new wing modification, the intent is to expand certification to the civilian market, offering it to owners of King Air 200-series and King Air 350 models as well. Tamarack anticipates certification by the end of 2022.

This development marks Tamarack’s move forward from the controversy surrounding ATLAS-equipped Citations. Incidents of uncommanded rolls were alleged to have occurred due to malfunctions in the system; a fatal accident in 2018 involving another ATLAS-equipped Citation remains under NTSB investigation. The Citation Tamarack fleet was grounded at one point, emergency airworthiness directives were issued, and a service bulletin was published to correct any potential problems. The FAA approved modifications, and the Citation fleet resumed flying. Tamarack still manufactures, sells, and installs the ATLAS system on 525-series Citations, and no further roll incidents have been reported.

Guida sees more opportunities for boosting King Air 200 and 350 performance, hinting that a higher maximum operating altitude may be in the works. This would yield further reductions in cruise flows and open the way to operations in reduced vertical separation minimums airspace.

AOPA Pilot Editor at Large
AOPA Pilot Editor at Large Tom Horne has worked at AOPA since the early 1980s. He began flying in 1975 and has an airline transport pilot and flight instructor certificates. He’s flown everything from ultralights to Gulfstreams and ferried numerous piston airplanes across the Atlantic.
Go to Thomas A. Horne's Profile
Topics: National Business Aviation Association, Turboprop 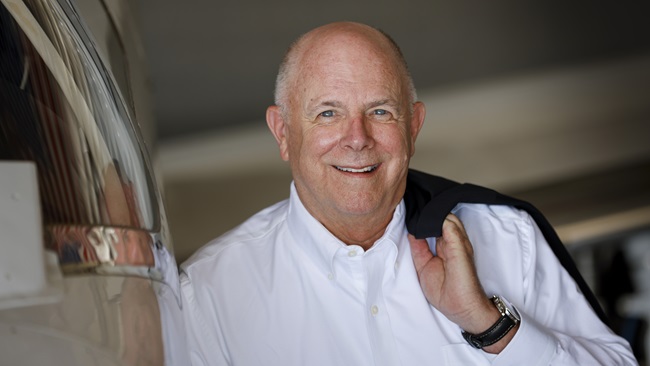 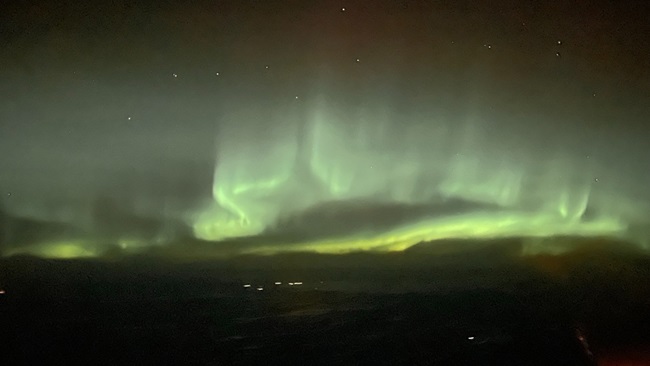