Get the app Get the app
Already a member? Please login below for an enhanced experience. Not a member? Join today
News & Media Flying Life

The secret fountain of youth

We’ve recently gone on a health kick in my house, not in the traditional sense, though. (Thank God. Nobody likes a diet.) Instead, this one is based on Dan Buettner’s bestselling book, The Blue Zones.
Natalie Bingham Hoover holds an airline transport pilot certificate and all fixed-wing instructor certificates.

If you haven’t heard of the concept, blue zones are areas with the highest concentrations of people who not only live to be more than 100 years old, but also manage to avoid the common killers such as heart disease, Alzheimer’s, and stroke. Buettner and his team interviewed centenarians in Japan, California, Costa Rica, and Greece, coming away with common denominators that may provide a clue to living a longer, healthier life.

One of the things Buettner says over and over is that centenarians are “extraordinarily ordinary” people, not Olympic athletes or rocket scientists. I recently did a private pilot checkride for a retired police officer named Kenneth Gordon, born in 1949. Most of my applicants are 20-somethings, people in the mental and physical prime of their lives. Gordon, however, was 71 years old on the day of the ride, and he was as sharp as a tack. He ended up not meeting standards on a few of the flight tasks and was unable to earn his certificate that day. Unfortunately, this is where many people quit, certainly where Gordon could have used his age as an excuse to stop pursuing his pilot rating. But instead, he told his instructor, “I’m not giving up. I just need a few tweaks.” After some more training, he came back and earned his certificate the following week. I am frequently humbled by the incredible people I have met on my aviation journey. At 71, Gordon is embarking on new adventures and won’t be deterred by a few bumps in the road. I know Gordon, like the blue zoners, has things to teach us young’uns. (Yes, I still count myself in that group even though 40 is rapidly approaching.)

The blue zone centenarians lead physically active lives, not so much traditional gym workouts, but a daily walk to meet friends at the pub, shepherding their flock, or gardening. Although flying isn’t exactly a physical workout, it does require some strength and balance to climb a ladder to check the fuel, get in and out of an airplane, or walk back and forth on a spacious airport ramp.

Another common blue zone denominator is having what the Costa Ricans call plan de vida, or a reason to wake up in the morning. Gordon woke up every morning for the last several months to work on that private pilot certificate, proving life isn’t over when you hang up those work boots for the last time. There are still worthwhile goals to achieve, dreams to work toward. May we never lose that desire to keep growing. It turns out our lives may depend on it.

Another factor in longevity is what the Japanese call a moai, or a lifelong group of friends. Lonely people do not age well or happily. So, surrounding yourself with a close-knit community of like-minded people is essential. I doubt Gordon really knows what he’s getting into with this crazy wonderful group of people who call themselves pilots, but I’m guessing he’s about to make a lot of new friends. Welcome to the club, buddy.

There were several other tenets to longevity including a vegetarian lifestyle (not my favorite), and a daily glass of red wine (yes, please!). I have no idea whether Gordon ascribes to any of those other principles, but I saw enough to know that I hope I’m doing half as well as him on the day I blow out 71 candles. I don’t want to live forever, but while I’m here, I want my days to be full of joy and good health. While so many things in life are truly out of our hands, it seems that aging gracefully may be one of the things we have some control over. Buettner says, “The calculus of aging offers us two options: We can live a shorter life with more years of disability, or we can live the longest possible life with the fewest bad years. As my centenarian friends showed me, the choice is largely up to us.” 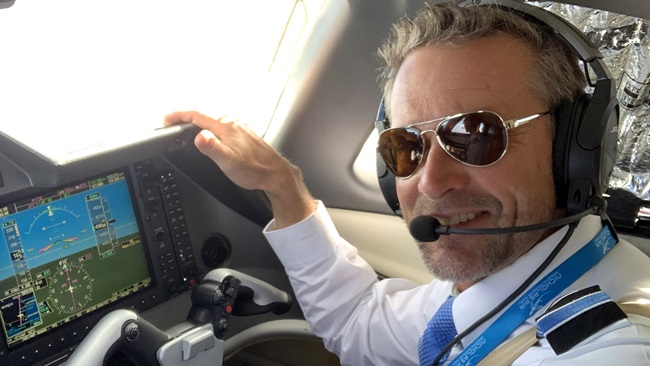 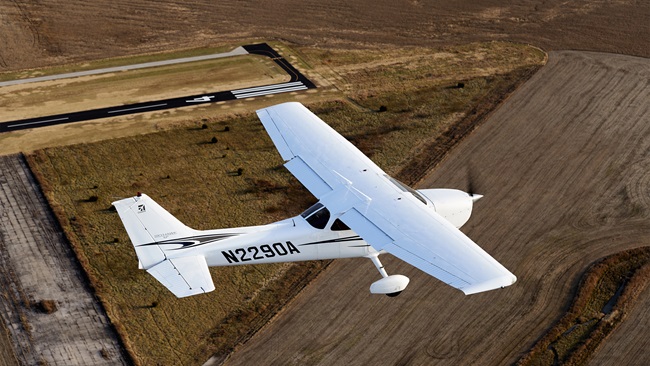 Training Tip: Things you can't practice too much