Get the app Get the app
Get the latest news on coronavirus impacts on general aviation, including what AOPA is doing to protect GA, event cancellations, advice for pilots to protect themselves, and more. Read More
Already a member? Please login below for an enhanced experience. Not a member? Join today
News & Media Quick Look: Gulfstream G280

Gulfstream’s G280 is the latest version of the super-midsize entry from the legendary Savannah, Georgia, manufacturer. 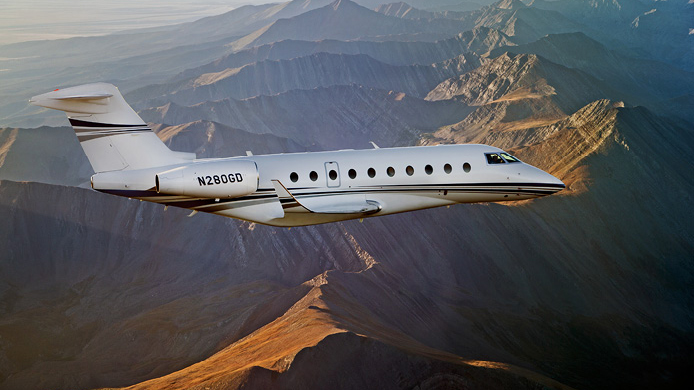 In 2001, Gulfstream acquired two designs from Israel Aircraft Industries, the Astra SPX and Galaxy, and renamed them the G100 and G200, respectively. In 2008, a follow-on design called the G250 arrived and a few years later was renamed G280, which is still in production. Frankly, there’s not much in the way of visible clues that the G280 and Galaxy are related. A clean new wing, a new T-tail, new windshield and windows all combine to vastly differentiate the G280 from its ancestor.

Performance-wise, the G280 is a far cry from the original Galaxy, which had a large cabin sitting on a smallish wing and 6,000 pounds static thrust per side. The G280 has the new wing and 7,624 lbst per engine enabling it to use as much as 2,000 feet less runway for takeoff.

“This thing can climb,” said G280 pilot Kristine Hartzell. “At light weight and cool temperatures, six- to seven-thousand foot-per-minute climbs can be achieved at 250 knots,” she added. Hartzell commented that the climb performance can take ATC by surprise and may require some restraint on the power levers to avoid a TCAS alert. Expect direct climbs to Flight Level 430 with all of that thrust and Mach 0.85 maximum cruise speed on 2,240 pounds per hour at FL390. Mach 0.80 allows the G280 to reach its maximum 3,600-nautical-mile range. At long range cruise, expect 459 KTAS on 1,611 pph at FL450. In the low- to mid-40s on flights from Washington, D.C., to Seattle, Hartzell plans on burning 8,500 pounds for the 4.5-hour flight with a 10-passenger load. She likes to land with 3,000 to 4,000 pounds in the tanks. Besides the uptick in power, the G280’s performance comes from that redesigned wing. “Especially for anyone who flew the G200, the G280 feels like a completely different aircraft,” said Hartzell.

Up front, legacy Galaxies utilize Rockwell-Collins Pro Line 4 and Pro Line 21 avionics suites. G280s have the same Rockwell-Collins Pro Line Fusion systems as the bigger Gulfstreams in the hangar. Synthetic vision, cursor-control devices, and a clever standby EFIS mounted on the glareshield round out the package. Head-up display and enhanced vision are available. Engines are FADEC controlled for simplicity and autothrottles are there for convenience and safety. In case of impending stall, autothrottles will automatically advance power to maintain controlled flight. Other big airplane features are auto brakes and fuel dump capability.

The roomy living space of the Galaxy’s cabin is still employed in the G280, albeit modified. When standing in the dropped aisle, there’s slightly more headroom in a G280 than in the classic large Gulfstreams. Cabin width is a few inches shy of that found in the legacy Gulfstream tubes used on the G1 through G550 models. Gulfstream added a few windows bringing in lots of natural lighting, including in the lavatory. At its FL450 service ceiling, the cabin is pressurized to 7,000 feet. And in the event of a rapid decompression, the G280 will conduct an automatic emergency descent.

There are a few nits to pick with the G280. “One thing to watch out for on this aircraft is the 32,700-pound max landing weight,” said Hartzell. “If you have a short flight, that’s absolutely what limits the fuel you may carry.” Like many modern jets heavily dependent on electronics, the G280 also has some gremlins that require reboots on the ground to fix. “There are a couple of nuisance messages that occasionally come up but overall the airplane is very reliable,” said Hartzell. 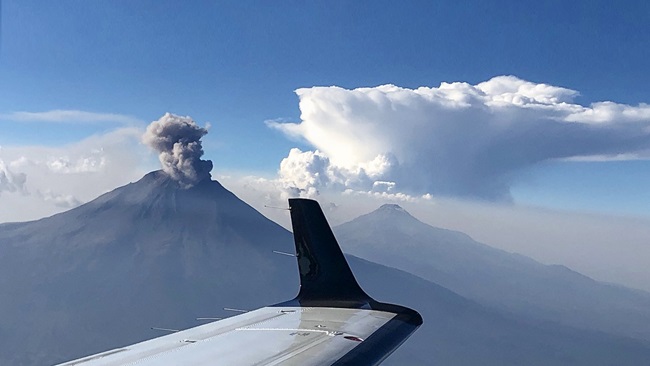