Get the app Get the app
Get the latest news on coronavirus impacts on general aviation, including what AOPA is doing to protect GA, event cancellations, advice for pilots to protect themselves, and more. Read More
Already a member? Please login below for an enhanced experience. Not a member? Join today
News & Media Turbine Pilot Finance: Looking to upgrade?
Sponsored by Aero Space Reports

These are the most popular turboprops and light jets financed by AOPA members in 2020:

In many ways, the TBMs and Meridians are quite comparable, including a similar handsome ramp presence. They both have the reliable PT6 engine. The Meridian distinguishes itself with a Garmin avionics suite, which earlier TBM variants such as the 700 series and the 850s don’t possess. Many buyers believe that the Garmin package makes the Meridian easier to operate single pilot. However, the TBMs have greater range and speed. So, the tradeoff is more one of preference—single-pilot convenience versus aircraft range and speed. In that regard, the need for (marginal) speed may come with a hefty price tag.

The Mustang is popular both with pilots stepping up from a turboprop and those leaping up from a piston. Why? It’s a manageable single-pilot aircraft. It’s not too large—it’s an airplane that carries two or three passengers comfortably around 600 nautical miles. The speed is good, about 340 knots, and it still possesses decent slow-speed handling characteristics.

Because the Mustang is in the Cessna Citation family, there are plenty of parts available. The challenge with the Mustang relative to the TBM or the Meridian is that unless you’re going longer distances, the Mustang is not much faster than a turboprop in terms of actual point A to point B. The twin-engine Mustang is also significantly more expensive to operate compared to a single-engine turboprop, from fuel consumption to maintenance of its exotic turbofan blades.

King Airs are popular, almost in a class of their own. The reason for much of that stems from the fact that there are just a lot of them out there. Beechcraft/Textron has delivered more than 3,100 iterations of the King Air so far. The major difference between a King Air and the other aircraft on this list is that they are typically flown by corporate pilots. The other aircraft listed are generally owner-flown, single-pilot.

Residual and resale values on all the airplanes on this list are strong, as is the ability to get them serviced regularly by high quality maintenance personnel throughout the country. There are loads of parts available in this segment.

Lenders are typically willing to go out longer in amortization (lower payments) on the TBM and the Meridian than they are on the Mustang or the King Air, largely because there’s just one engine eventually in need of overhaul compared to two. If both the Mustang’s turbofans need to be overhauled, the bill can be high. Lenders will want a little extra cushion on the residual values of the Mustangs and will ask for a little more money down or a shorter amortization.

Many of the King Airs are older and have more time on the airframe and the engines. Lenders will want more money down and shorter amortizations.

We help our members find financing for all types, ages and models of aircraft. If you are looking to upgrade to a turboprop or light jet and would like to work with experts who can guide you through the purchasing and financing process, give us a call. 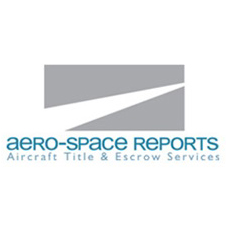 Sponsor of Aviation Finance
Aero-Space Reports, a third-generation family-owned business, has been a leader in the aviation title industry for more than 45 years. In that time, they’ve seen tens of thousands of aircraft purchases: They’re all too familiar with what can go wrong, and they know exactly what it takes for things to go right.
Learn More About Aero-Space Reports
X