Get the app Get the app
Already a member? Please login below for an enhanced experience. Not a member? Join today
News & Media Flying high above New York City’s Independence Day fireworks

New York City made the decision to cancel its Macy’s fireworks display last July Fourth to hinder crowds forming during the height of the pandemic. July 4, 2021, marked America’s 245th Independence Day and the forty-fifth annual New York City Macy’s fireworks show. To celebrate this, after a long year and a half of lockdowns and canceled events, Macy’s promised to deliver not only the city’s biggest ever fireworks show but the largest fireworks display across the entire nation to make up for lost time. Hearing all this, friend, pilot, and aerial photographer Filip Wolak and I knew the only place we wanted to be for the spectacular show was flying above it. 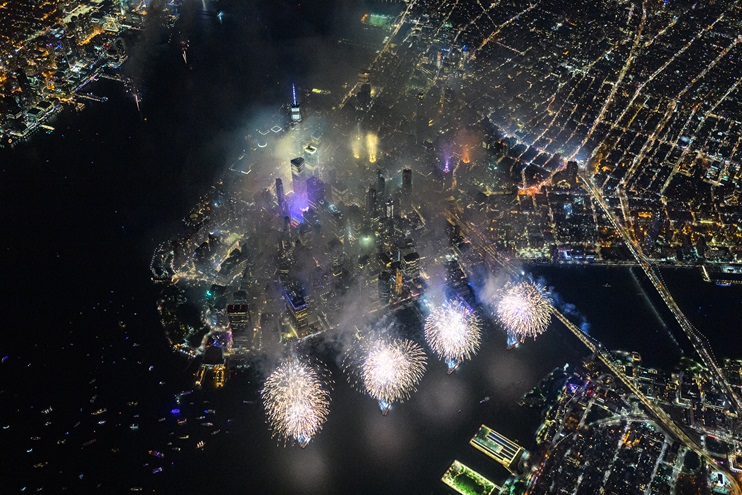 Smoke from the massive display drifts west over Manhattan. Photo by Filip Wolak.

Wolak and I are both seasoned New York City fliers. I fly into Manhattan daily and land on the East River during my day job as a Cessna Caravan seaplane pilot. Wolak has been flying in and around New York since he began flying in 2005, always with a camera by his side. Even with all our time logged flying in this airspace, we are always awed and humbled by it. There is never a moment flying above the city that doesn’t amaze. It’s awe-inspiring on a normal day, and on July Fourth, it is especially spectacular.

We met in the early evening at Westchester County Airport in White Plains, where Wolak’s beloved Skyhawk Old Rusty lives (an airplane that possesses no rust and boasts a recently overhauled engine, and a rugged paint job from the 1970s). Before launching, we checked notams and temporary flight restrictions around New York City. A TFR over the East River extended over the entirety of the five barges that had been piled high with over 65,000 shells and synchronized aerial explosions, then towed out and anchored on the East River between 23rd and 42nd streets. The ceiling on this TFR was 1,000 feet to account for the height of the fireworks. There was also an active Yankee Stadium TFR that extended up to 3,000 feet. While we could have talked to LaGuardia Tower or New York approach and been cleared into the Class B airspace to fly on a squawk code, we opted instead to depart VFR from Westchester County Airport and climb to 7,500 msl, above the New York Class B airspace, where we’d be above the airspace and have an unencumbered bird’s-eye view—perfect for capturing photos and staying safe above all the helicopter traffic.

We took off early, before sunset, and climbed west into a beautiful golden hour sky. The sun sank slowly over the Hudson River, painting the clouds and water with a golden hue, as I climbed up to 7,500 feet north of the New York Class B airspace. At altitude I turned and flew south, following the Hudson down to the city. The Freedom Tower caught the light of the setting sun, the only part of the city reflecting a brilliant golden orange, standing out against the blue, misty, dusk-laden skyline. It made me take pause and think about how lucky and privileged we were to be able to do this, to be flying ourselves over this grand city on America’s Independence Day. 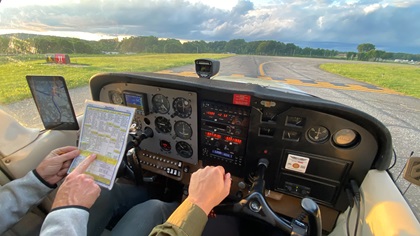 We reached the northern tip of Manhattan as the sun sank below the horizon. As the light faded, the city below us began to sparkle. New Yorkers were lighting off their own fireworks from the streets and rooftops in every direction. The darker it got, the brighter the neighborhoods became; the energy was palpable even at altitude; there was not one place you could look across all five boroughs without seeing multiple colorful fireworks explosions. We threw the windows open and Wolak began photographing the erupting city below, circling above The Battery, the Statue of Liberty, and Coney Island. I flew extremely slow uncoordinated steep turns, to facilitate getting the strut out of the way of Wolak’s shots, looking directly down to the festive streets below me, constantly monitoring airspeed and direction. We left the airport early purposely, to witness this fiery burst of patriotic joy come to life before our eyes and had an hour to fly above and photograph it before the main attraction began. 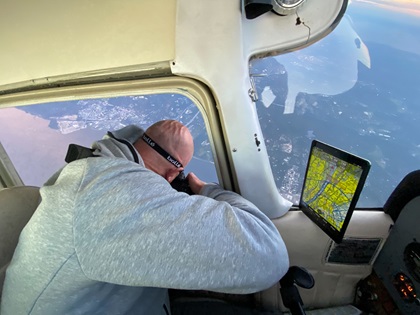 The show was set to start at 9:25 p.m., so I departed from my vantage point over Coney Island, where you could see the whole city, and high-tailed it to the East River. I could see the five barges parked, ready, and lit from below, as well as hundreds of boats anchored just south of where the show would begin. The tension was mounting as we watched the barges, and time slowed down. And finally, just as we came upon them, they ignited. In unison, giant exploding colors, all coordinated and electric, lit the up the skyline.

The roar of the engine was too loud to hear the explosions of the 65,000 shells detonating over a mile below us, but I like to imagine I could hear them, as well as the collective cheering of the spectators on the ground. Smoke billowed out from the barges and a light westerly wind carried it into the city, reflecting every bursting firework propelled from the barges. It was wild to watch the smoke envelop the buildings, spires lit up in festive red, while, and blue lights puncturing the top of the smoke layer. The Empire State Building was ablaze in festive colors and would arbitrarily shoot fireworks out from its seventy-second, eighty-sixth, and 103rd floors in unison with the five main barges.

We circled the island of Manhattan with the windows thrown open, Wolak shooting the whole time. The show seemed to be over in the blink of an eye but was a glorious 25 minutes long. We spiraled overhead languorously for a while longer, appreciating the thick smoke wafting through the avenues from above, reveling in the visual bliss we’d just witnessed, and eventually closed the windows and headed home. If America’s Independence Day is a day to celebrate and cherish the freedoms we’ve been given in this nation, the act of flying and photographing this fireworks show from above is the ultimate expression of such freedom, and for that we are immensely grateful.—By Sarah Tamar

Sarah Tamar is a professional Caravan seaplane pilot based in New York. She is currently working on her CFI and loves airplane camping, floatplane flying, and the great outdoors. 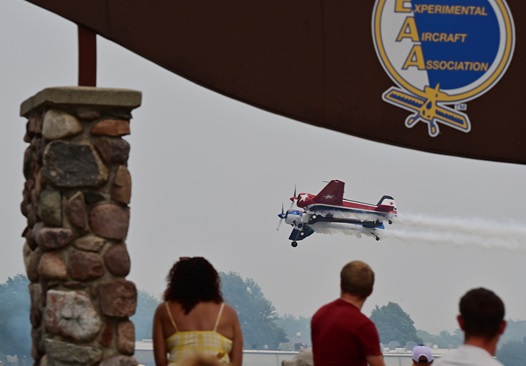 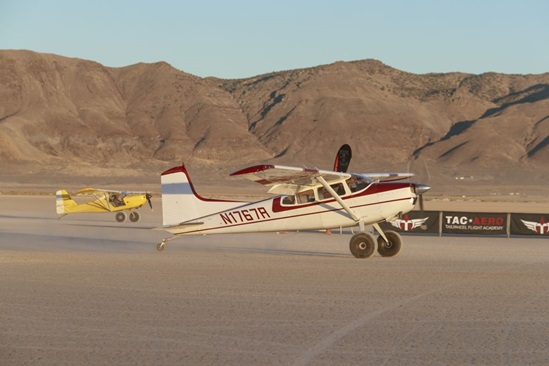 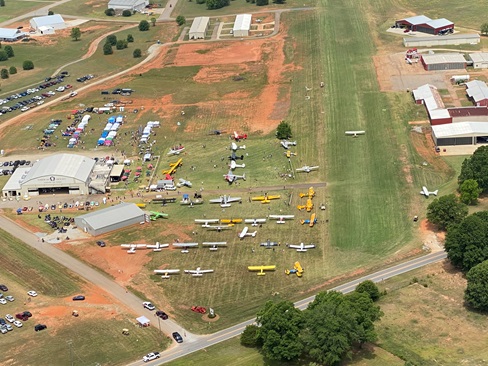