Get the app Get the app
Already a member? Please login below for an enhanced experience. Not a member? Join today
News & Media LX7 Mod

Breathtaking performance and flight efficiency in the ultimate BasicMed turboprop

The pre-takeoff trim settings provide some not-so-subtle clues about the fury about to be unleashed.

“You can’t use full power on takeoff because there’s so much power—and it comes on so fast—that the airplane would turn hard left if you shoved the power lever full forward,” said Lin Hough, owner and pilot of this LX7 with a 680-horsepower Pratt & Whitney Canada PT6A-28 turboprop and four-blade MT propeller.

“The good news is that—even at reduced power—it only takes a few seconds to get to rotation speed,” he said. “We’ll be off the ground in 700 feet.”

With two people and 100 gallons of fuel aboard the four-seat airplane, Hough’s boastful-sounding estimate turned out to be an understatement. Roughly 70 percent engine power had us airborne after a 6-second, 600-foot ground roll. As soon as the landing gear was up and takeoff flaps retracted, Hough chopped engine power to about 40 percent to avoid overtaking the Beechcraft Bonanza A36 serving as photo ship on this flight—and the Bonanza was climbing at full throttle.

The two airplanes leveled off together at 6,500 feet at 145 KIAS, and if you’ve ever kept a thoroughbred horse at a slow walk when it wanted to run, or maintained 55 mph on the highway in a souped-up Corvette, you know the LX7’s feeling of barely contained, raw energy. The LX7 will obediently fly slowly if that’s what you ask of it—but it’s eager to go fast.

Hough, 63, has a commercial pilot certificate and holds an FAA second class medical—but eventually he plans to shift to BasicMed when he steps away from professional flying. Pilots flying under BasicMed are limited to indicated airspeeds up to 250 knots and altitudes up to 18,000 feet msl.

“To me, the LX7 is the ultimate BasicMed airplane,” he said. “Unlike other turboprops, it’s still fast and efficient at 18,000 feet.”

The LX7 is a remanufactured and updated version of the Lancair IV-P—with some major differences. The pressurized, four-seat, composite IV-P set multiple speed and altitude records soon after it was introduced as an experimental/amateur-built kit airplane in the 1990s. About 300 mostly piston-engine IV-Ps were built and registered, but they developed a dismal safety record.

“The Lancair IV-P is built for speed and speed alone,” said David McRae, a former vice president of Columbia Aircraft Manufacturing Corp., which produced FAA-certified follow-ons to the Lancair ES before being purchased by Cessna Aircraft in 2007. “We saw that we could keep the airplane’s remarkable speed and aerodynamic efficiency while making it much more forgiving and safer.”

McRae and several partners founded RDD Enterprises to produce LX7s from existing Lancair IV-P airframes beginning in 2016. First, each airplane gets entirely new wings with a different airfoil and double-slotted flaps that dramatically reduce stall speed. They also get a larger, stronger vertical stabilizer and smaller rudder, new instrument panels, and new engines—either PT6A turboprops ranging from 500 to 750 horsepower or a turbocharged Continental TSIO-550-E rated at 350 horsepower. A BRS airframe parachute is standard equipment, and airbag seatbelts are an option.

The wings, tail, and fuselage are remanufactured in precision jigs that meet the company’s exacting standards.

“We see lots of builder errors in the airplanes that come to us,” McRae said. “It’s not surprising to find a lack of standardization in kit airplanes—but we go to great lengths to ensure LX7s conform to our standards.”

The airplanes that arrive at RDD’s production facility in Redmond, Oregon, typically have experimental airworthiness certificates they keep even after they are modified. RDD employees do all the restoration and modification work, and the buyer does none. Unlike “builder assist” programs, LX7s buyers don’t get a “repairman’s certificate” that allows them to do mechanical work on their airplanes. They must hire airframe and powerplant mechanics for yearly condition inspections (signoffs from mechanics with inspection authorization aren’t required).

RDD pilots test fly every LX7, and about 16 have been delivered. Roughly 200 potential “donor” Lancair IV-Ps are available for future upgrades.

Hough paid $165,000 for a Lancair IV-P two years ago to start the conversion process. “I bought a ratty airplane sight unseen and had it ferried to Oregon,” said Hough.

Hough had owned a Cessna 182, Cessna 206, Lancair ES, and Lancair IV-P, and the LX7 is his first turboprop.

Its pressurization system has a maximum 5.2 psi differential that maintains an 8,400-foot cabin up to 25,000 feet. An air conditioner cools the interior, and its operation is reminiscent of a car thermostat: Set the desired temperature and leave it. The AC can run virtually any time—even before and during engine start—without drawing down the aircraft batteries (four EarthX lithium-ion versions). And all four seats are heated for the frigid seasons.

“I find the turboprop much easier to manage than piston engines,” Hough said. “There’s no mixture control to adjust, and no CHTs and EGTs to monitor. If I have to descend quickly, I can chop the power and come down at 4,000 feet a minute without hurting the engine or gaining airspeed. The reversible prop also allows this airplane to land incredibly short.”

Hough has flown his LX7 about 150 hours in his first year of ownership, and he’s crossed the country in it multiple times. He started in the spring of 2020 with a transition course at the RDD facility in Oregon and said he was comfortable flying the airplane almost immediately.

“The LX7 is a lot less demanding than the Lancair IV-P I used to own,” he said. “The IV-P needs speed. On approach, I’d cross the runway threshold at 105 knots and touch down about 95, and then it would take a lot of runway to slow down and stop.

“The LX7’s wing and tail make it incredibly stable,” he said. “It approaches at 80 knots, touches down about 65, and has tremendous stopping power.”

Hough, his wife, and dog (a Collie) travel nonstop in the LX7 between upstate New York and South Florida. The airplane holds up to 180 gallons of jet fuel in two wing tanks, and Hough said it typically consumes about 32 gallons per hour in cruise.

At high altitude, the engine reaches its temperature limit before its torque limit, and that means he flies at a maximum 1,300 foot-pounds of torque at the airplane’s 25,000-foot ceiling. Hough also owns and flies a Cessna 206 utility airplane, and he says the LX7 gets better mileage at twice the speed.

The LX7 looks sleek and powerful on the ramp. That muscular look is accentuated by a long, thin cowl, and the wide chord of its four-blade MT prop. Fit and finish is outstanding, and clearcoat over the three-color paint scheme provides high gloss.

Even the electrically heated leading edges of the elliptical wings, horizontal tail, and engine inlet are smooth to the touch because the heating system is embedded in carbon fiber.

A step on the left side of the fuselage leads up to the left wing, and sliding into the cockpit requires some contortions. The relatively small pilot’s-side door makes sense for a pressurized airplane, but getting in without stepping on the leather seat is tricky. The cockpit is roomy and comfortable once you’re inside, but climbing in and out can be inelegant for the unpracticed.

Two handles (and nine locking mechanisms) secure the door, and the airbag seatbelt crosses your chest and waist and connects at a single point like a car.

“The Lancair IV-P is built for speed and speed alone. We saw that we could keep the airplane’s remarkable speed and aerodynamic efficiency while making it much more forgiving and safer.” —David McRaeEngine start is normal for a PT6A, and the power, prop, and condition levers are mounted on a center pedestal. Over-the-nose visibility is good, and nosewheel steering is natural. The Cleveland double-puck toe brakes apply smoothly and evenly with no surprises.

After takeoff, the airplane accelerated like a missile. The next step, however, landing gear retraction, was an awkward and somewhat bewildering rudder exercise. The LX7 landing gear doors impose a significant yawing moment that pushes the nose alternately left and right during the roughly six-second retraction process. Hough had told me to expect a rudder dance when the gear went up or down, and it was a klutzy two-step.

As the LX7 accelerates through 140 knots, it finds its groove. Elevator pressure through the sidestick controller is moderate, and the ailerons are borderline heavy. Rudder pressure is moderate and highly effective, and a sliding pyramid on the G3Xs shows pilot coordination (or lack of it).

Elevator and aileron trim on a stick-mounted hat switch are even and smooth and the airplane has a solid and stable character that belies its greyhound appearance.

Slow flight, both in cruise and landing configurations, is rock solid. A digital angle-of-attack indication on the primary flight displays gives a graphical illustration of the wing’s lifting potential, and it automatically accounts for flap position. A dot in the center of the display shows the target approach angle, and at our relatively light weight that corresponded to 80 knots in a 500-foot-per-minute descent.

Aural warnings provide increasingly urgent alerts to impending stalls, and recovery is immediate with the instant hurricane the fan out front provides. The propeller also serves as an anchor-like air brake—so there are no speed brakes on the airframe.

The avionics intelligently prevent pilots from errantly deploying flaps at excessive speed by blocking their movement above 160 KIAS. Another impossible-to-ignore aural warning is meant to prevent gear-up landings.

In an age when new piston singles regularly top $1 million, an “as-new” turboprop with dramatically higher performance at the same price is intriguing.

LX7 airframes aren’t exactly new, of course. Their fuselages are largely original. But with new engines, props, avionics, windshields, wings, and tails made from modern materials in a specialized facility, they’re far more capable than they ever were.

Used single-engine turboprops such as six-seat Daher TBM 700s, Piper Meridians, and JetProps can be had for similar prices—but they typically consume far more fuel and have less range at the max BasicMed altitude of 18,000 feet.

The quality, performance, and safety differences between FAA-certified and experimental/amateur-built aircraft used to seem as big and broad as the Grand Canyon.

Now, in airplanes like the LX7, they’re hard to distinguish. 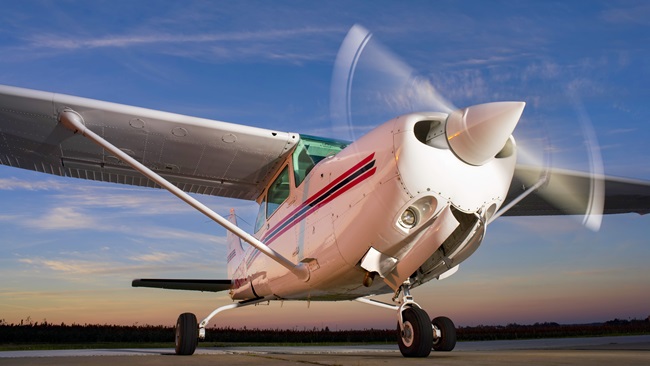 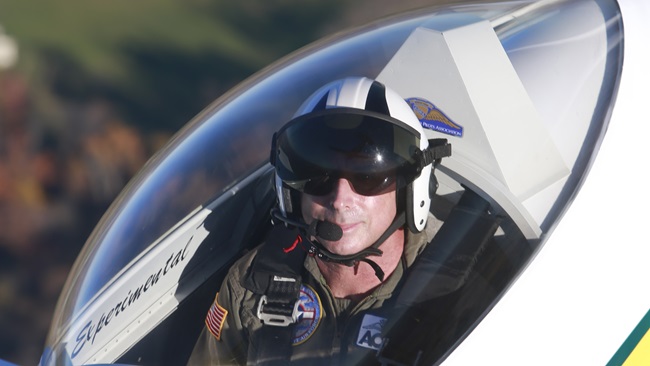