Get the app Get the app
Get the latest news on coronavirus impacts on general aviation, including what AOPA is doing to protect GA, event cancellations, advice for pilots to protect themselves, and more. Read More
AOPA will be closing at 2:30 PM ET on November 25, 2020, for the Thanksgiving holiday. We will reopen at 8:30 AM ET on Monday, November 30, 2020.
Already a member? Please login below for an enhanced experience. Not a member? Join today
News & Media Florida fosters flock of future flyers

A German company working to certify an electric vertical takeoff and landing aircraft with five seats announced on November 11 its partnership with a real estate developer and the city of Orlando, Florida, to build a hub dubbed a “vertiport” about three miles from Orlando International Airport. 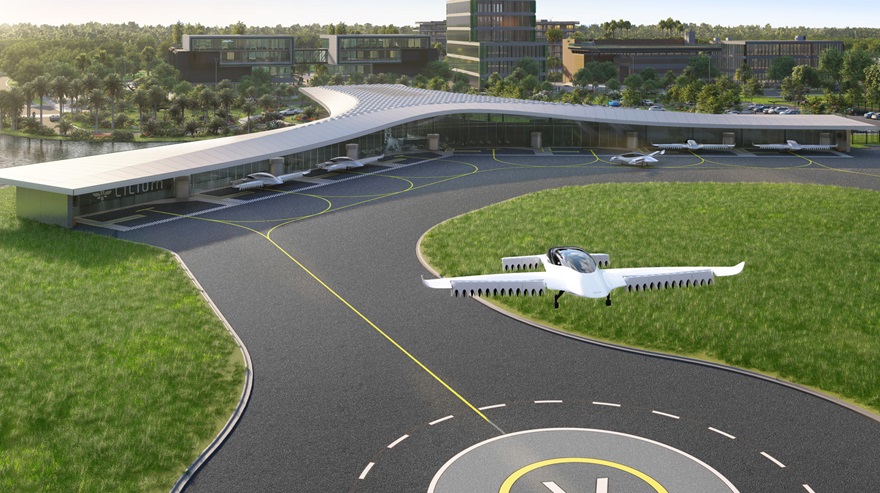 Lilium forged agreements with the city of Orlando, Florida, and a local property developer to build a hub for the electric vertical takeoff and landing Lilium Jet near Orlando International Airport. Image courtesy of Lilium.

The partnership between Lilium, which hopes to certify its battery-powered Lilium Jet in Europe and the United States by 2025, Tavistock Development Co., and the city of Orlando, Florida, was announced November 11, billed to be the first urban and regional air mobility hub in the United States. The “vertiport” stands to be added to the growing mix of amenities in Lake Nona, a 17-acre planned community located just southeast of Orlando International Airport. The infrastructure upgrade remains subject to FAA approval, as does the aircraft Lilium hopes to dispatch to destinations around the city, and beyond.

Renderings of the 56,000-square-foot transportation hub depict what could become a job-creating selling point for a “community of and for the future,” where robots that run on solar power already mow lawns, and the United States Tennis Association’s national campus features 100 courts. Orlando Mayor Buddy Dyer enthused about the prospect of high-paying jobs supporting a transportation ecosystem that left at least one other local official unable to resist invoking cartoon icon George Jetson and his fictional flying car.

Lilium’s commercial-centric transportation approach sets it apart from the growing flock of flying car concepts edging closer to market entry, many of which aim to entice individual buyers. That list includes Massachusetts-based (and, since 2017, Chinese-owned) Terrafugia, which hopes to gain FAA approval of the Transition roadable aircraft by the end of 2020, according to Terrafugia’s Business Development Manager Fred Bedard, who reported in a recent email exchange that the FAA is conducting the final audit that could produce light sport aircraft approval very soon.

“After this, we will be going through [National Highway Traffic Safety Administration] testing for highway safety, including crash survivability,” Bedard wrote. “In short, saying you have a flying car and making one that passes all FAA and NHTSA requirements and regulations requires excellent engineering and patience.”

Patience is indeed key. Terrafugia had hoped to have had the Transition on the market long since, having issued a press release in 2018 predicting market entry was imminent.

Slovakian company KleinVision captured some attention with the recent commencement of flight tests of its AirCar, designed by an automotive industry veteran who previously worked for Volkswagen, Audi, and BMW. Don’t confuse that one with AeroMobil, another Slovakian company building a flying car of its own.  That firm is also working with European aviation regulators to secure approval of the AeroMobil 4.0, the latest iteration in a series of prototypes.

“For this new technology to truly reshape the transportation ecosystem and benefit Orlando residents long-term, it is going to take a true partnership between cities, developers and transportation operators,” Dyer said in a news release. “We have been focused on finding the right partners to be a global leader in the advanced air mobility space. I’m thrilled that our progressive and collaborative environment has created an opportunity for this unique partnership between the City of Orlando, Lilium and Lake Nona to invest in the expansion of safe, efficient and environmentally friendly transportation options throughout one of the fastest-growing regions in the country.”

Lilium envisions Lake Nona anchoring a regional network that could put Tampa, Daytona Beach, and Port St. Lucie within a 30-minute flight for an aircraft propelled by articulating ducted fans nestled in airfoils; Miami falls just at the projected edge of the new aircraft’s planned flight envelope. The central Florida location puts 20 million state residents within the Lilium Jet’s expected 186-mile range circle, Lilium noted, and the “Lake Nona vertiport will create more than 100 jobs in the Orlando area, with hundreds more to follow across Florida.”

Lake Nona is also home to BBA Aviation/Signature Flight Support and SimCom Aviation Training, which is building a new global headquarters expected to train about 10,000 pilots a year. Significantly, the “Lilium Jet and its operations are designed to comply with existing regulations, policies, and procedures of the relevant aviation rulebooks,” the company noted in a recent certification progress report.

Local officials extended more than their arms in welcome: The New York Times reported that the city council voted November 9 to approve up to $800,000 in potential tax rebates to Lilium, which is based in Munich, Germany.

Lilium is working with the FAA to certify the Lilium Jet under FAR Part 23, hoping to take advantage of recent and future amendments that provide some flexibility for electric propulsion. The new aircraft will be flown by human pilots holding commercial certificates.

“During the training process, Lilium plans to utilize, to the greatest extent possible, new virtual and mixed reality technologies in order to provide a more realistic training experience for the pilots. Doing so will allow pilots to experience both normal and abnormal procedures in a safe and enhanced environment,” Lilium said in October, noting that automation may affect pilot certification requirements down the road: “A future, more simplified pilot license which takes into consideration the high degree of automation of the aircraft and the full range of its capabilities will ideally be developed and utilized to train air crew to operate the Lilium Jet and other eVTOL designs. Lilium is pursuing a path to partner with one of the biggest aviation training organizations, opening up work opportunities for pilots where one day they can choose to pursue a more regional aviation career that would allow them to come home every night.”

In Germany, Lilium is also working with airport authorities in Dusseldorf and Cologne/Bonn to “explore how the two airports can become hubs within a regional air mobility network.”

If Lilium's eVTOL and the fast-growing flock of flying cars all come to fruition, George Jetson might have a second flying car in the garage once Elroy is old enough to drive—and fly. 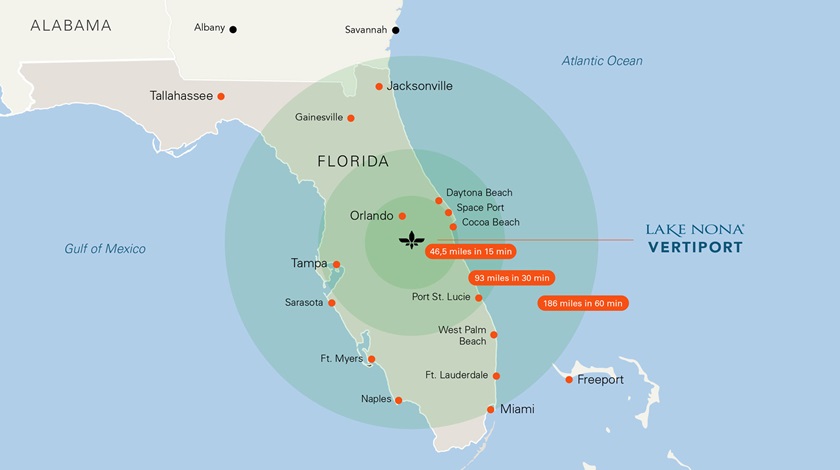 Editor-Web
Editor-Web Jim Moore joined AOPA in 2011 and is an instrument-rated private pilot, as well as a certificated remote pilot, who enjoys competition aerobatics and flying drones.
Go to Jim Moore's Profile 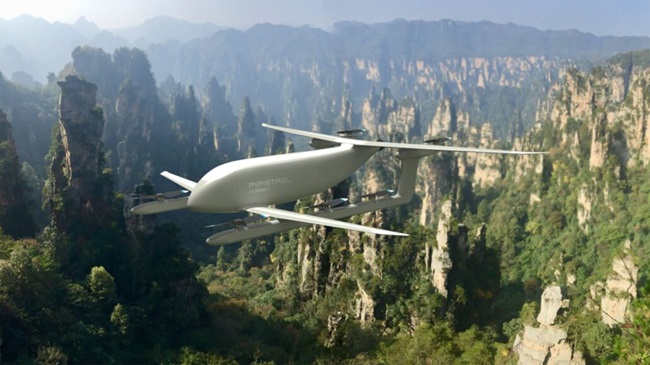 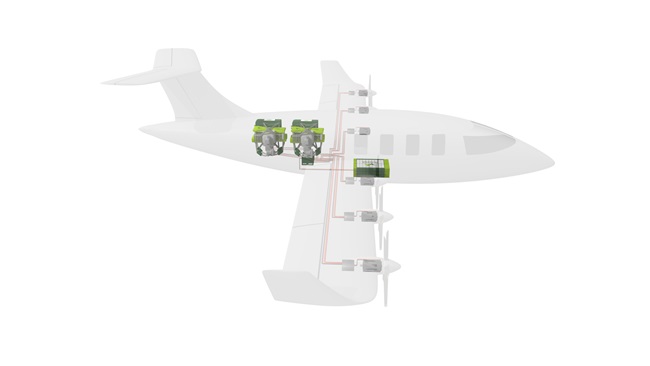