Get the app Get the app
Already a member? Please login below for an enhanced experience. Not a member? Join today
News & Media Quick Look: Gulfstream V

In the early 1990s, many legacy airframers were evaluating the ultra-long-range business jet model. Would a company or individual spend $40 million to fly 6,500 nautical miles in 14 nonstop hours? Dassault thought about it and bailed out. Bombardier and Gulfstream jumped in to test the market. 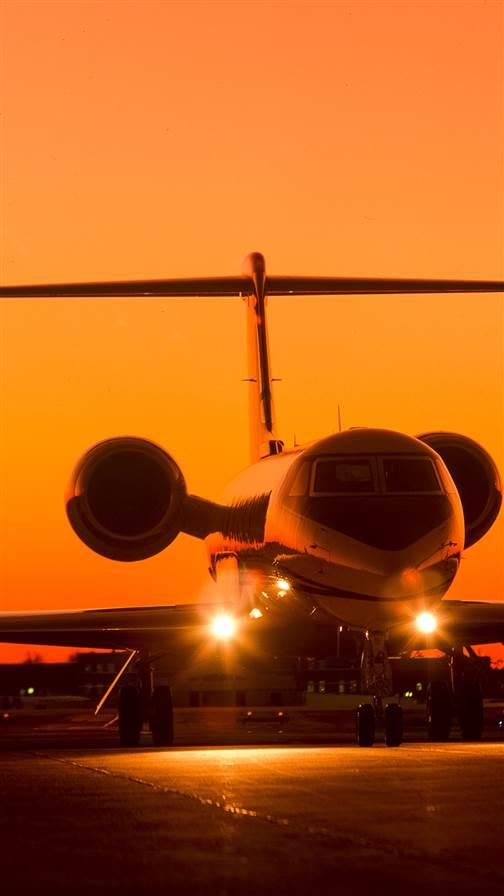 Gulfstream was first out of the gate with the GV, utilizing a stretched fuselage from the GIV mated with a huge, new wing carrying 41,000 pounds of fuel. Creating a long-range jet brought along new considerations when it came to human factors. A jet with this type of range needs multiple crewmembers if the range is stretched to its potential. The GV, and other models that have joined the fray, have separate crew compartments with a lavatory located in the forward part of the fuselage so as not to disturb the bill payers riding in the back.

After the teething problems typical of a new design, the GV has since acquired a reputation as a reliable airplane with top-ranked field support. Naturally, all of this capability and swank comes with a big maintenance price tag, and not just from its 450-gph fuel thirst. For example, each of the BMW Rolls Royce BR710 turbofan engines cost $1.3 million to overhaul at the 8,000-hour/10-year mark. Its huge dimensions require lots of hangar real estate. Who says you don’t have to pay to play? But the entry price has dropped precipitously as of late, meaning you can get one of these globe girdlers for less than $10 million.

Loaded for the long haul, the GV comes up lacking in hot-and-high performance. Balanced field length is about 6,000 feet, but going out of Denver will require more than 9,000 feet of runway. The good news, however, is that not many owners routinely make long-haul flights and at lighter weights, the airplane can use a runway as short as 4,000 feet if it’s rated for the airplane’s weight.

As to be expected, the good life is had in a large, quiet cabin that is well lit (if desired) by Gulfstream’s trademark large oval windows. By today’s standards, the seven-foot, four-inch-wide cabin is narrow. Cabin layouts vary, of course, but expect seating for more than 10 with major options being a forward or aft galley.

Typical cruise speed is Mach 0.80/459 KTAS while burning 2,800 to 3,200 pounds per hour depending on cruise altitude. Maximum operating altitude is 51,000 feet, but typical cruise is in the low to mid 40s. With full fuel, payload is limited to about six passengers with luggage. The GV’s fuel capacity is nearly half of its maximum takeoff weight, so cabin load ramps up substantially for shorter trips.

Up front, the cockpit is roomier than its GIV predecessor. Early airplanes are equipped with Honeywell’s SPZ 8500 avionics suite, displayed on six 6-by-8-inch CRT displays. Later airplanes are equipped with the lighter PlaneView package based on the Honeywell Primus Epic system, featuring enhanced vision. Vref lists values of 1995 and 1996 models at $8.6 million, ranging up to $11 million for a 2002 model.

Years later, it’s agreed that the ultra-long-haul category is a big success. It’s no surprise that some folks just have to show up in the biggest, most capable machine, regardless of whether or not it is used to its potential. Since the GV, others have joined the club, most notably Bombardier’s Global Express, which appeared for the 1999 model year. With its wide cabin, Bombardier stepped up the big-jet fight, eventually forcing Gulfstream to finally ditch the legacy fuselage tube that dates back to the GII. To get the widebody, Gulfstream will be happy to put you in its G600 or 650.