Get the app Get the app
Already a member? Please login below for an enhanced experience. Not a member? Join today
News & Media Mentor Matters: The checklist rules

Is the parking brake released? Really?

While the safety community and instructors are always exploring the edges of flight operations for lessons to incrementally improve flight safety, sometimes revisiting the simplest of foundational skills can reap the most benefit. Proper checklist usage is perhaps the lowest of hanging fruit. 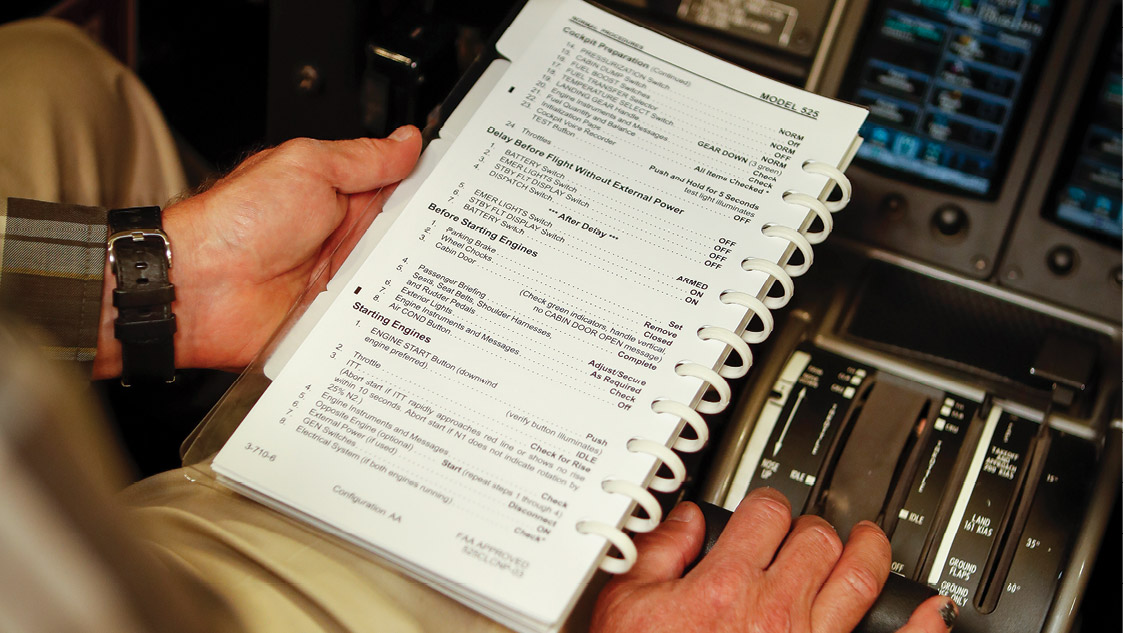 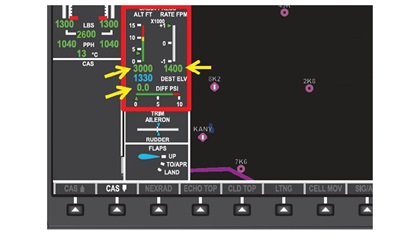 Decades of experience and learning have confirmed the critical importance of checklist utilization, yet too often very simple failures of discipline leave gaping holes in a pilot’s defenses against an incident or accident.

The first, and most critical, failing in checklist discipline is simply not using a checklist for all phases of flight. This is particularly common in pilots who have been flying the same model of airplane for years. While familiarity may not breed contempt in these situations, it often does breed complacency. Pilots may develop a comfort level with their aircraft that causes them to believe they no longer need checklists for some, or even all, phases of flight. Instead they become accustomed to relying on memory and mnemonics.

The hazard here, of course, is that this method only works until it doesn’t, and it often doesn’t when anything out of the normal occurs during a high-workload phase of flight. An ATC call, a change in arrival or approach, or even a minor or erroneous crew alerting system (CAS) message all can disrupt a pilot’s normal habits and cause a critical item to be skipped. Without a checklist to verify the airplane is configured correctly for the phase of flight, a pilot relying on memory alone has no second chance to trap an error before it becomes hazardous.

More common, but only slightly less hazardous than skipping checklist segments entirely, is what I call “lip-service checklist” execution. Here, either due to rushing or complacency, the pilot pulls out the checklist and mentally or verbally reads all lines, but without confirmation of some or all of the steps. If a pilot reads “pressurization checked” one hundred times without any anomaly, it becomes easy to simply read the line without looking at the pressurization readout. 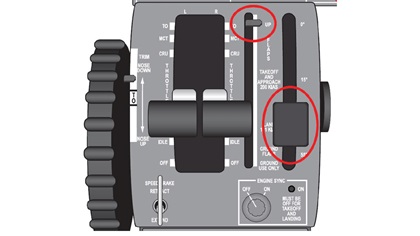 But what happens when the pressurization system isn’t working? I witnessed this firsthand during a mentoring flight in a light jet. At the appropriate point in the climb checklist, the pilot read “pressurization checked” and moved on to the next item. An actual look at the pressurization display, however, would have revealed the airplane was not pressurizing at all (see page T-10). With a delta-P (the difference between cabin and outside ambient pressure) of zero, a cabin altitude equal to the aircraft altitude, and a cabin rate of climb equaling the aircraft’s rate of climb, there was simply nothing happening with the pressurization system. Critically, this type of slow failure to pressurize historically has been far more likely to lead to pilot incapacitation than a rapid or explosive depressurization.

If pilots take the time to confirm the checklist item, it’s equally crucial they perform the confirmation via the proper indication. The usual suspects here are landing gear, flaps, and parking brakes—systems pilots often confirm via the commanding lever rather than the relevant status indicator . Checking that the flap handle is in the landing position, for example, is not the same as confirming the flaps are in the landing position (facing page). In many Cessna Citations, for example, there is no caution light or chime if the flaps fail to move when commanded. Only the pilot’s checking the position indicator would alert to a failure in the system. Not surprisingly, this type of sneaky failure is a favorite of simulator instructors; many pilots entirely miss that the flaps are still up if they check the handle only.

Pilots may develop a comfort level with their aircraft that causes them to believe they no longer need checklists.

Finally, non-optimal checklist strategies relating to when a checklist should be a true “check” list, rather than a “do” list, are frequent contributors to compromised safety margins. Using a checklist to prompt the pilot through doing the actions needed for a given phase of flight may be appropriate when a pilot is learning an aircraft for the first few hours. But the pilot should quickly transition to a combination of flow-pattern actions backed up with checklist confirmations. The do-list technique doesn’t work for optimal safety.

When a checklist is performed as a do-list, there’s no chance to “trap” an error. For example, if a pilot is distracted while performing the after start/before taxi checklist—and skips the checklist line directing a flight control check—he or she may think the checklist is complete and begin taxiing with locked flight controls. Using the flow-and-checklist method, in contrast, for the flight controls to remain locked the pilot would need to both skip the step in the memorized flow, and then skip the step for the checklist questioning. It should be apparent that missing an item during a memorized flow, then missing that same corresponding line during a checklist read-through, is extremely unlikely.

This very failure to confirm that flight controls were unlocked recently led to the tragic deaths of all aboard a large-cabin business jet, underlining the importance of a rigorous approach to the execution of checklists. It should also be noted that while history has amply demonstrated the risks of poor checklist discipline for all types of turbine operations, for the single pilot the issue takes on special importance.

Without two pilots in the cockpit, there is no one to catch a missed item. The checklist takes on the role of the monitoring pilot, but it can do so only if the pilot in command gives it the proper respect.