Get the app Get the app
Get the latest news on coronavirus impacts on general aviation, including what AOPA is doing to protect GA, event cancellations, advice for pilots to protect themselves, and more. Read More
Already a member? Please login below for an enhanced experience. Not a member? Join today
News & Videos Opinion: Savvy Maintenance
Savvy Maintenance coverage sponsored by Aircraft Spruce

Evicted: Thoughts on being temporarily booted out of my hangar

From the time I first acquired my Cessna 310 in 1987, it has been hangared at Santa Maria Public Airport (SMX) in California. Initially, I kept it in a large community hangar. Then in 2003, after a long wait on the airport hangar list, I was able to secure a hangar of my own from the airport. 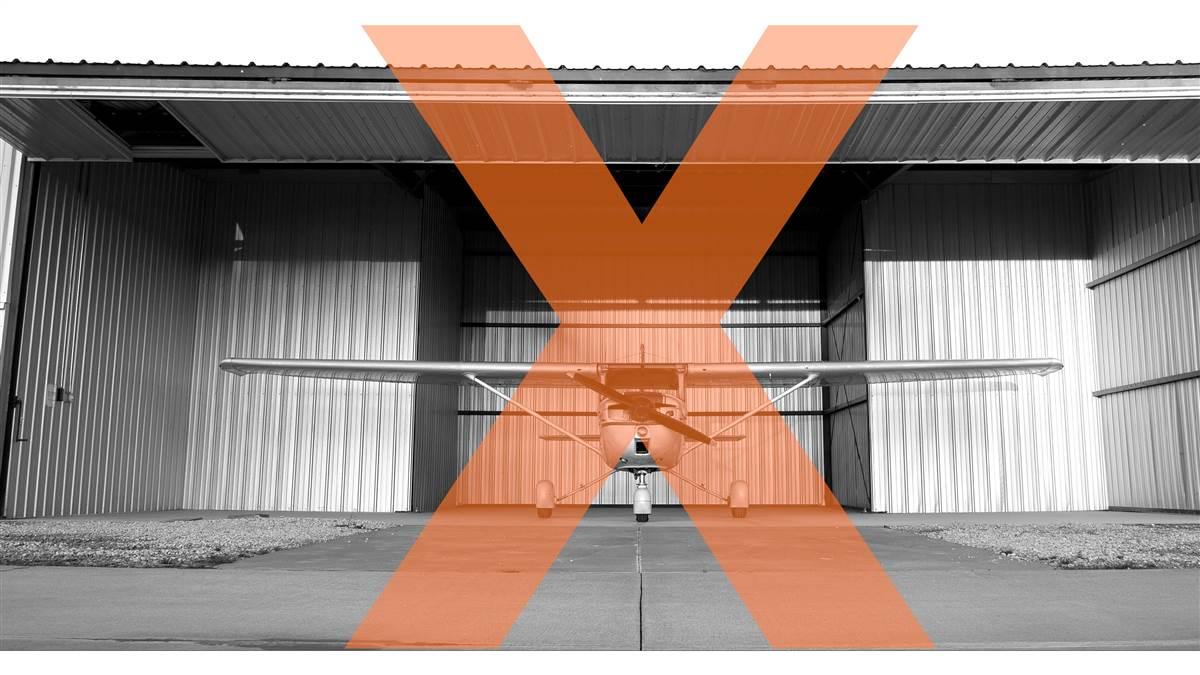 My hangar is 40 feet wide and 30 feet deep. It easily accommodates my Cessna 310 with lots of room to spare. There’s space for my workbench, my toolbox, a large couch, refrigerator, microwave, and two large shelving units where I keep spare parts, hardware, chemicals, and such. It’s not quite as comfortable as some of my neighbors’ hangars—no carpeting, Wi-Fi, or large-screen TV—but it has been a great place to store and work on my airplane over the past 16 years.

At first my rent for this nice big hangar was $461 per month. Over the 16 years I’ve occupied it, the rent has gradually increased to its present $692 per month. Still, as hangar rents go, I consider it to be a great deal. If I were based near Los Angeles or San Francisco or any other major metropolitan area, the rent on a hangar like this would be much higher, if I could find one at all. So, I considered myself lucky. Until now.

Upon returning home from my annual pilgrimage to EAA AirVenture in Oshkosh, I discovered an envelope in the mail from the Santa Maria airport whose contents informed me of a “Taxilane Pavement Rehabilitation” project that would affect airport operations for about a month and a half. Turns out the term “taxilane” refers to the asphalt pavement that separates each row of hangars from the adjacent row, and upon which airplanes taxi to reach their hangars.

Now, I never thought there was anything wrong with the taxilane in front of my hangar, but apparently the airport powers-that-be did. The taxilane would be torn up for 18 days, denying access to my hangar and all its row neighbors. I phoned the airport office to verify this, and the nice woman I spoke to confirmed that if my aircraft was in its hangar on the first day of the construction period, it would be incarcerated for 18 days with no possibility of parole. My only other option was to remove the aircraft from the hangar before the construction started and find someplace to tie it down outdoors.

I had two important flights scheduled during that 18-day period. One was to deliver an FAA safety seminar in San Diego, and the other was to attend a memorial service for a dear friend who had passed away recently. Allowing my airplane to be trapped in the hangar for 18 days was not an option.

I cased the airport for a tiedown spot. It had to be close to an access gate that the proximity card issued to me as a hangar tenant would open, and also close to somewhere I could park my car inside the airport’s secure perimeter fence. I located one that I considered satisfactory, pulled the airplane out of the hangar, taxied it to my chosen tiedown, and secured it with chains.

At this point I realized that I needed to lock the airplane, something I normally never do because it’s parked inside my locked hangar. My Cessna 310 has five (count ’em) locks: cabin door, cabin baggage door, two wing locker doors, and the nose baggage compartment door.

The lock-up exercise went well until I got to the nose baggage compartment and discovered that the lock wouldn’t lock. Cursory inspection suggested that the locking hook was bent out of alignment. Under normal circumstances, I would have grabbed a pair of pliers from my toolbox and a work light and attempted to resolve the problem on the spot. But of course, the toolbox and work light were a half-mile away in my hangar. Sigh. I left the nose compartment unlocked.

In a few days, I was going to be flying the airplane down to San Diego. What happens if somebody else parks in “my” tiedown spot while I’m gone? I wondered. I decided to order some collapsible orange traffic cones from Amazon and block off my spot anytime my airplane wasn’t in it. I’m not sure that’ll work, but it’s the best idea I could come up with.

The importance of being hangared

These two things got me thinking about all the reasons having a hangar is important. I’ve frequently heard aircraft owners argue that a hangar is too expensive: “It’s cheaper for me to repaint my airplane every five years than to hangar it.” That may well be true, but it misses the point. Preservation of the airplane’s exterior cosmetics is far down on my list of reasons for hangaring it.

At the top of my list is preventing corrosion. To protect a metal airplane and its metal engine from corrosion, you need to keep them dry. Corrosion simply doesn’t occur in the absence of moisture. I’m not just talking about keeping them out of the rain. Where I’m based, we only get rain about four months out of the year, and not much at that.

If I leave my car in my driveway overnight, the next morning it is usually covered with a heavy deposit of dew. If I park my car in my garage, it’s dry in the morning. It’s not that the air inside the garage contains less moisture than the air outside; it doesn’t. The difference is that the temperature inside the garage rises and falls far less than the temperature outside. Thus, the warm day/cool night temperature swings that drive the condensation cycle are greatly attenuated by the garage.

The same thing applies to airplanes. Hangaring greatly reduces the risk of corrosion. That’s one of the biggest reasons I hate to see my airplane sitting outside overnight.

To make matters worse, if I moisten my fingers with the dew from my airplane’s windshield after it has been left outside overnight and put them in my mouth, I detect a faint but distinctive salty taste. Saltwater is a conductive electrolyte that—when placed in contact with the 2024T3 aluminum alloy that most airplanes are made of—creates aggressive corrosion cells that can quickly compromise the airplane’s structural members. Perhaps this is because my home airport is only about 8 miles from the Pacific Ocean. Then again, we never have thunderstorms, hail, tornadoes, microbursts, or other natural phenomena that are also compelling arguments for hangaring.

As if morning dew wasn’t bad enough, there’s also the issue of afternoon greenhouse effect. When the sun is high in the sky, the temperature inside the airplane can easily reach 140 degrees Fahrenheit or more. That’s not good for my pricey avionics, nor anything made of rubber or plastic. This problem can be reduced by installing reflective window covers before leaving the airplane and removing and stowing them before flying. That’s a royal pain but I guess I’m going to have to start doing it.

Do you ever do your own oil changes or other preventive maintenance? I sure do. My hangar provides a secure environment to work on my airplane, with good lighting; electrical power; an extensive array of tools, supplies, and spare parts; and even a couch and refrigerator when it’s time to take a break. If I need to leave cowlings off overnight or over a lunch break, I know things will be exactly as I left them when I return.

I’ve certainly had numerous occasions to work on my airplane outdoors—typically because of some sort of mechanical problem on the road—and I usually describe it as working under battlefield conditions. It’s no fun, and everything seems to take twice or three times as long to accomplish.

Now that my airplane is temporarily tied down outdoors, I’m continually worried about the possibility of vandals and gawkers. I never worry about that when it’s locked up in my hangar. Then there are the birds who will undoubtedly make nasty (and highly corrosive) deposits on my airplane, and perhaps trying to make nests inside my engine nacelles.

I guess I never really fully appreciated how important my hangar was to me until I received my temporary eviction notice. I’m counting the days until the airport allows me back into my hangar.

Mike Busch is an A&P/IA and founder and CEO of Savvy Aircraft Maintenance Management Inc.
Go to Mike Busch's Profile 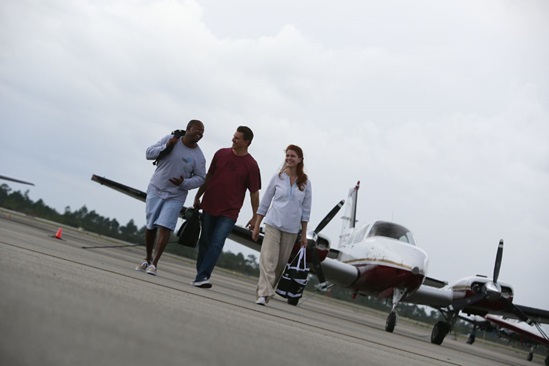 Difficulties Financing an Aircraft for Leaseback 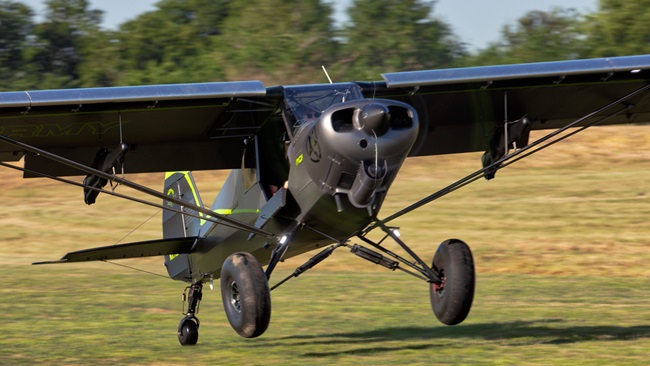 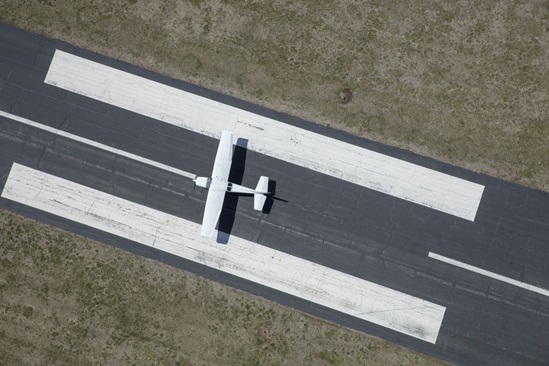