Get the app Get the app
AOPA Members DO more LEARN more SAVE more - Get MORE out of being a pilot - CLICK HERE
News & Media Fly-Outs: Hangar One

An aviation-themed steakhouse for an aviation town 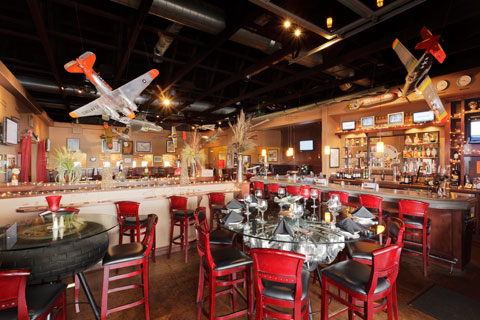 When in Wichita—both the Air Capital of the World and “Cowtown”—it seems more than appropriate to dine at a steakhouse with an aviation theme.

Hangar One Steakhouse looks just like a hangar and a tower and there’s a 1944 Beech C–45 protruding from the building (named Amelia for Atchinson, Kansas, native Amelia Earhart). Entering through doors with handles made from wooden propeller blades, it’s aviation overload—but in a very good way. In fact, with all of the memorabilia displayed in a tasteful and engaging way, if you weren’t so darn hungry, you’d never make it to your table. There’s something to stop and gawk at every step—the jet pack from The Rocketeer; the posters; the aircraft models; the insignia...but, let’s eat first, OK?

It's aviation gone wild in the Hangar One Steakhouse restaurant—check out the tables. They're Pratt & Whitney R-985 engines topped with glass. Oh, and everywhere you look there's memorabilia. ( Insider tip: Check out the bathrooms.)

This is a steakhouse, in Kansas, so the beef had better be good. The restaurant declares that all steaks are aged 21 days and hand cut. You have your choice of the Star Fighter Sirloin, King Air Filet, Conquest Ribeye, T–6 Texan T-Bone, Global Express Prime Rib—you get the idea. For the non-beef eaters there’s Piper Bone-in Pork Chops, Kamikaze BBQ Ribs, P–38 Cedar Plank Salmon, B–24 Lobster Tail Guns...someone had way too much fun with these names.

That someone is owner Greg Hiser, a pilot and son of an Air Force pilot. Hiser and his wife, Beci, who is also a pilot, were married on the airport. Greg flew his attendants in a Piper Aero, Beci in a C–45.

You will be greeted by wait staff in pilot uniforms, and the music will be from movies such as Top Gun. On the televisions around the restaurant will be videos, both old and new, of aviation stunts, events, and pilot reports. Up in the Flight Tower bar (yep, it looks just like a tower) you’ll hear ATC communications from Mid-Continent Airport. On great weather days, you can dine outside on the Crash Pad Patio. 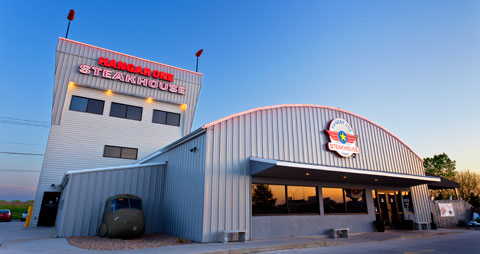 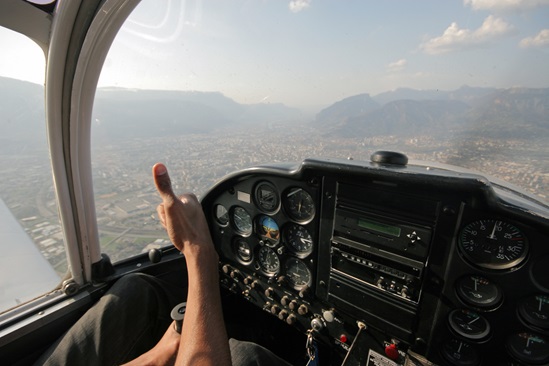 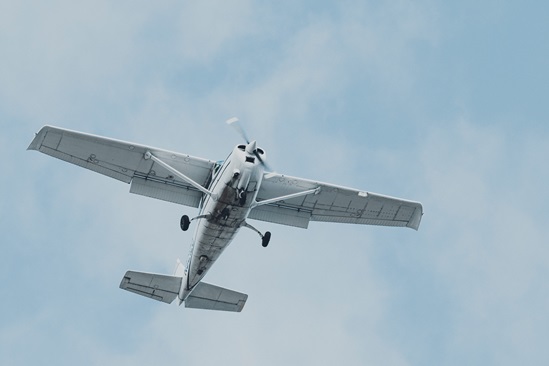 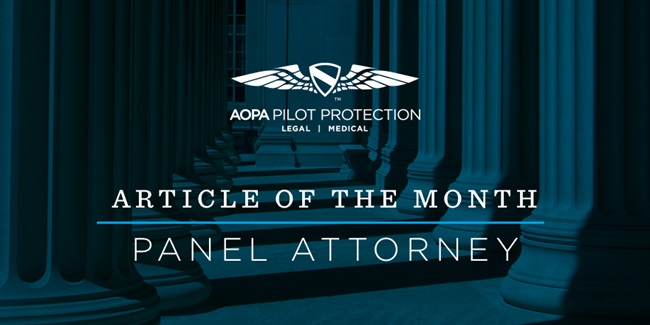