Get the app Get the app
Get the latest news on coronavirus impacts on general aviation, including what AOPA is doing to protect GA, event cancellations, advice for pilots to protect themselves, and more. Read More
Already a member? Please login below for an enhanced experience. Not a member? Join today
News & Videos Pilots who flew with discredited examiner face reexamination

The FAA plans to reexamine pilots and flight instructors who took practical tests between 2008 and 2019 from an FAA inspector and examiner whose work was called into question following an investigation.

Several hundred pilots may be affected by the decision to reexamine airmen who took practical tests from Michael A. Puehler of Cincinnati. The FAA said the action was needed to “ensure that these individuals meet the standards” to hold their certificates and ratings.

AOPA believes such action should only be required in the most egregious of cases, said Christopher Cooper, AOPA director of regulatory affairs.

He noted that the case has surfaced at a time when the FAA’s complete designated pilot examiner examining system has been undergoing a systemwide review.

Some insights into the FAA’s concerns about Puehler surfaced in a policy document the FAA sent to its aviation safety inspectors on July 15. The document included a draft letter to be sent from the FAA’s flight standards district offices (FSDOs) to the pilots identified as subject to reexamination, notifying them of the Puehler inquiry and noting that “based on that investigation, the FAA has reason to believe that Mr. Puehler issued certificates and/or ratings to airmen when the airmen did not demonstrate the qualifications to hold the certificate and/or rating for which they were tested. Thus, the competence of the airmen tested by Mr. Puehler during that time period is in question, and reexamination of the airmen’s qualifications to hold their certificates and/or ratings is necessary in the interest of safety.”

The letter requests that recipients “call or appear at this office or a Flight Standards District Office (FSDO) more conveniently located near [them] within 10 days of receipt of this letter, to make an appointment for a reexamination.”

Failure to respond to the letter would result in certificate suspension.

Not all pilots who took a checkride from Puehler between October 2008 and December 2019 must be reexamined. According to the policy document, some exemptions apply in cases of pilots who, after having received certificates or ratings from Mr. Puehler, were “subsequently tested and received, from another Designated Pilot Examiner (DPE) or FAA inspector, a higher-level U.S. certificate or rating in the same category and class as that previously issued by Mr. Puehler.”

FAA reexamination requests are typically upheld as long as the FAA can demonstrate a "reasonable basis" for the request, but each case is unique. Pilots who have legal questions about a 709 reexmaination are encouraged to contact the AOPA Legal Services Plan or an experienced aviation attorney.

The reexams are for real

The FAA does not charge a fee for the so-called 709 rides—a reference to the FAA’s authority to reexamine pilots under Title 49 of the U.S. Code § 44709—but pilots may incur costs of providing “an appropriate, airworthy aircraft,” which will be inspected prior to flight, and taking any flight instruction needed before undergoing the examination.

“AOPA urges all pilots being reexamined to take this test seriously,” Cooper said. “This is a full reexam of your piloting privileges. Be prepared, practice, study, because you will be expected to meet” ACS/PTS standards (airman certification standards/practical test standards).

AOPA emailed Puehler to ask for his response to the FAA’s action but has not received a reply. A LinkedIn profile for “Mike Puehler,” which has since been taken down, listed extensive aviation experience as a flight instructor, as an assistant chief flight instructor for a Part 141 flight school, as a university aviation instructor, and as a collegiate flight team coach.

The site lists FAA experience for Puehler including several years as a DPE and 11 years as a principal operations inspector for the Cincinnati FSDO’s general aviation unit, where his duties were said to include conducting “oversight of Designated Pilot Examiners,” investigating aircraft accidents, and ensuring compliance with the FARs.

As the Puehler probe continues, AOPA takes the position that the FAA should only resort to widespread 709 reexaminations under the most egregious circumstances—and the current case is not the first instance of the agency embarking on such a course. In 2013 AOPA reported urging the FAA to justify ordering a large number of reexamination flights in an investigation of a complaint lodged against a DPE in the Northeast who the agency said was conducting practical tests contrary to the appropriate standards. The FAA also took action in a 2012 investigation involving the activities of a DPE operating in the Las Vegas area. 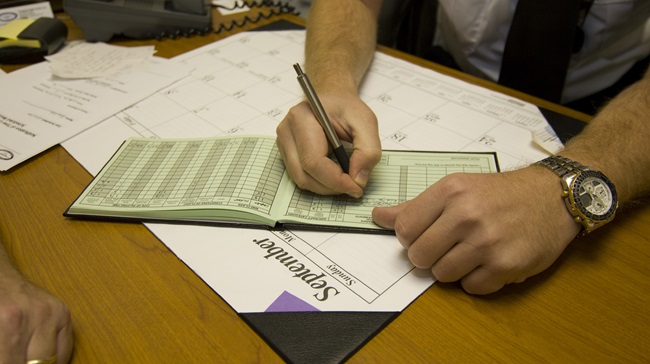