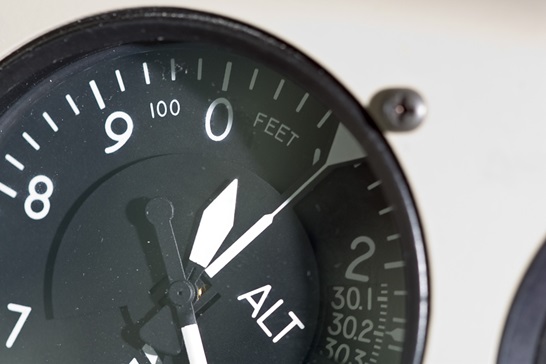 Most pilots don't think too much about using portable oxygen. Sure, everyone knows that you have to use supplemental oxygen if you fly more than 30 minutes at cabin pressure altitudes of 12,500 feet or higher. And that at cabin altitudes above 14,000 feet pilots must use oxygen at all times. And that above 15,000 feet each occupant of the aircraft must be provided supplemental oxygen. All of this is spelled out in Federal Aviation Regulations Part 91.211.

So are the rules for oxygen use in pressurized airplanes, which are governed by the times necessary to descend to safe altitudes in the event of a cabin depressurization. (Above FL250, a 10-minute supply; between FL350 and FL410, one pilot must wear a mask if cabin pressures rise above 14,000 feet msl — unless there are two pilots at the controls and they have quick-donning masks available.

From textbooks and stories of — or direct experience with — sessions in FAA-approved altitude chambers, pilots also know something about the dangers of hypoxia (insufficient oxygen) at altitude. Specifically, as the blood's oxygen saturation drops with altitude, a series of symptoms — all of them dangerous — can set in.

The air we breathe at the surface is roughly 79 percent nitrogen and other gases, and 21 percent oxygen. Lots of bad things happen when the blood's oxygen saturation drops. Night vision goes first, as retinal function begins to deteriorate at altitudes as low as 5,000 feet. Nausea, apprehension, tunnel vision, headaches, fatigue, dizziness, blurred vision, tingling sensations, numbness, and mental confusion are some of the other symptoms, and they can vary from individual to individual.

The common symptoms of hypoxia include increased breathing rate, dizziness, headache, sweating, reduced peripheral vision, and fatigue, but the most insidious symptom is a feeling of euphoria. Pilots suffering from hypoxia often experience a false sense of security rather than a sense of the danger inherent to this condition.

Hypoxia also impairs night vision. Because the rod cells in the eye, which give us night vision, require a lot of oxygen, a lack of oxygen causes visual impairment.

For pilots, hypoxia's adverse effects are described in terms of time of useful consciousness (TUC) and effective performance time (EPT).

TUC is a measure of your ability to function in a meaningful way. In other words, it's a kind of threshold on the pathway to becoming, first, something like a drooling fool, and second, unconscious and certifiably out of it.

EPT is defined as the time from the loss of significant oxygen to the time when you are no longer able to perform tasks in a safe and efficient manner. This is a dangerous condition, because hypoxia's onset is subtle. Pilots may think they're doing just fine — and in fact, may well have things under control — even though their EPT is dwindling away, and the countdown clock to unconsciousness is surely running. This false sense of well-being is, in itself, a symptom of hypoxia. But usually, at this point the pilot doesn't care.

People are not the same. Even though we've just been talking in terms of EPT and TUC guidelines, it's time for a reminder: Not all pilots have the same EPT or TUC. If you're a smoker, under a great deal of stress, or don’t exercise regularly to increase your heart rate, your EPT and TUC will be considerably shorter than the published guidelines. A pack-a-day cigarette smoker is physiologically hypoxic at sea level. The smoker's lungs are so damaged that they're incapable of absorbing as much oxygen as those of a nonsmoker, so at sea level, the smoker's blood-oxygen concentrations are already at the 7,000-foot level.

For this reason, smokers and those with more sedentary lifestyles lose consciousness faster at altitude than the smoke-free and fit, and they should use begin using oxygen at altitudes lower than required by the regulations. Other day-to-day factors such as nutrition, alcohol use, and quality and amount of sleep can also affect your oxygen requirements. There's even evidence that poor air quality can lower your blood oxygen saturation level. Maybe that's why "oxygen bars" are seen in high pollution metropolitan areas like Los Angeles, Mexico City, Tokyo.

Doctors and hospital staff want to see your blood oxygen saturation level at 96 to 98 percent. That's considered normal. You can measure O2 saturation with a relatively inexpensive pulse oximeter that clips over your finger tip. A 100-percent level is as good as it gets, and 95 percent is considered a minimum. An oxygen saturation level below 90 percent is a warning sign. That's when patients — and pilots — begin to experience hypoxia.

ASI Safety Quiz on Hypoxia
See how much you really know about hypoxia in this safety quiz from the Air Safety Institute.

Fly Well: Diving to Great Heights
The hypoxic brain may quite blissfully ignore the strident call of a hypoxia alarm. So the secret is simple: prevention.

From the AOPA Archives

Continuing Ed: High Flying
Why Take the Low Road?
AOPA Flight Training, January 2004
Of all the decisions to be made when planning a flight, picking a cruise altitude may get the shortest shrift, the least attention.

Friends in High Places
Learn To Fly the Mountains with Someone Who Knows
AOPA Flight Training, July 2003
October 23, 1999, was a beautiful day in the mountains near Aspen, Colorado. At approximately 12:28 p.m. Mountain Standard Time, N9548A took off and headed up the valley to the east, through Independence Pass, across the Rampart Range of the Rocky Mountains and into Colorado Springs. The Cessna 172R did not arrive at its destination.

Instructor Report: Simulated Mountains
Even Flatlanders Should Know How to Fly the Hills
AOPA Flight Training, February 2003
Years ago, I worked as the full-time "aviation safety guy" for the state of New Mexico, working to encourage safe flying in the aptly named Land of Enchantment. It was a great job, but there was one discouraging part: seeing the number of "flatlander" pilots who would arrive without realizing how different flight operations can be when field elevations are 5,000 or 6,000 feet or more, and — in the summer, at least — density altitudes can be close to 10,000 feet.

Airframe and Powerplant: Hypoxia Lowdown
Now I use GUMPB
AOPA Pilot, March 2002
We all learned a little about hypoxia during flight training, but only a few of us have actually determined how, or at what altitude, hypoxia begins to affect our flying.

In the Lee of Giants
Riding high on mountain waves
AOPA Pilot, December 2001
Most of the time the rotor here is benign, but it has been known to generate forces of plus or minus 15 Gs.