Get the app Get the app
AOPA will be closed July 4th, in observance of the Independence Day holiday. We will reopen at 8:30 am ET on Tuesday, July 5.
News & Media TBM 960

A little-known fact from 1982: The first turboprop single made its appearance, and the general aviation world was never quite the same.

Beechcraft was the first to take the plunge. It took a pressurized Baron 58P fuselage, attached it to set of Bonanza B36TC wings, and added a single Garrett TPE–331 turboprop engine for power. Soon thereafter, the engine was swapped for a 600-shaft-horsepower Pratt & Whitney PT6A–40. Beech called it the 38P Lightning, and it attracted a big following—after all, it could do 275 knots, and had a range of 1,200 nautical miles. Brochures were mailed to prospects, and the order book grew. Beech promised to keep the price under $1 million.

By 1984 the project was dead. An economic downturn and a new price that blew past the target did it in. But the single-engine turboprop captured imaginations, and there was no turning back. Where before the term “turboprop” was always preceded by the “twin” prefix, the game had changed. Cessna’s Caravan was certified in 1984, the TBM line in 1990, the Piper Meridian in 2001, the Pilatus PC–12 in 1995, the Quest Kodiak in 2007, the short-lived GippsAero Airvan 10 in 2017, and Epic’s E1000 in 2020. And soon, Textron Aviation/Beechcraft will revisit the turboprop single with the introduction of its new Denali.

Of all the turboprop singles, one has been remarkably consistent in coming out with upgraded variants of the original design—the TBM series. The first TBM 700 (700 shp, 300 KTAS) was followed by the 700C2 (big aft door, higher full-fuel payload, 26-G seats); the 850 (850 shp, 320 KTAS, a switch from a BendixKing to a Garmin G1000 panel); the 900 (computational-fluid-dynamics-enabled aerodynamic cleanup, 330-knot cruise, “H”-style power lever gates); the 910 (G1000 NXi avionics, Garmin’s electronic stability protection and underspeed protection, emergency descent monitor, a level button, stick shaker); the 930 (Garmin G3000 avionics, torque limiter, voice warnings); and the 940 (autothrottles, and automated ice detection and protection system, HomeSafe Autoland system). The enhancements in the 910, 930, and 940 address a safety goal: to make the airplane safer by automating the prevention of flight envelope excursions with what TBM calls an “e-copilot.”

Now comes the newest TBM—the TBM 960. It replaces the TBM 940, has all the above e-copilot capabilities, and more. Perhaps the biggest news has to do with the engine. The 960’s PT6E-66XT is flat-rated at 850 shp—the same as previous models—has higher temperature margins, and is controlled by a dual-channel full authority digital engine control (FADEC) that Daher calls an EPECS (Engine and Propeller Electronic Control System)—a first for the TBM line. The new engine’s maximum power, expressed as thermodynamic limits, is 1,844 shp; previous TBM models had 1,825 shp limits. That extra margin means that the 960 keeps making its 850 shp at high density altitudes without reaching interstage turbine temperature (ITT) limits.

The FADEC regulates the engine’s fuel control unit to prevent exceedances. ITTs rising too fast during a start? The FADEC cuts the fuel flow to keep temperatures from blowing past ITT redline. Airspeed getting too slow? The FADEC commands more fuel flow to increase power. The FADEC governs other engine functions, like making engine starts a one-step chore. Press and hold the engine-start toggle switch for three seconds, release it, and the rest of the start is automatic—the engine turns, fuel is introduced at the proper time, ITT is monitored, the starter drops off at 50 percent Ng, and the generator comes online.

The single-lever power control is also new. Gone are the “H”-style power gates, as well as propeller and condition levers. Instead, the power lever runs in a single, fore-and-aft channel, and the FADEC both controls the propeller rpm and condition-lever functions. So “say hi to the I,” as one Daher executive says, and so long to the “four on the floor” look of the center pedestal.

Say hello also to a new autothrottle setup. The Lord Corp.’s throttle control unit connects to the Garmin fuel control unit actuator to make for a very smooth, linear response from the engine and propeller, with no hesitations, surges, or flat spots in the power band. To set the autothrottle, press the “AT” button on the glareshield’s Garmin GFC 700 integrated flight control panel and dial in a manually selected or flight management system (FMS), pre-programmed airspeed using the rotary airspeed knob.

I flew with Wayman Luy, Daher’s director of training and standards, at Daher’s U.S. headquarters at the Pompano Beach Airpark in Florida, just after the 960’s debut at the 2022 Sun ’n Fun Aerospace Expo. A short hop up the pilot’s side entry door, and right away you can notice the new (heated) seats that come with the airplane’s Prestige cabin redesign; they have side bolsters that keep you centered, plus ergonomically correct lumbar and thigh support. After the start it was a short taxi to Pompano’s Runway 10, and along the way I could take in a view of the latest Garmin G3000 SafeTaxi feature—one that shows not only runway and taxiway markers, but the airport’s hangars and other buildings.

We did a manual takeoff, leaving the autothrottle off for the time being. Besides, there isn’t much difference between a manual and an autothrottle takeoff. The drill for both is to get on the brakes, then firewall the power lever. The autothrottle doesn’t call for the typical takeoff procedure, which is to advance the power lever halfway, then wait for the autothrottle to take control and advance power to the takeoff position. Either way, the TBM 960 will set takeoff power automatically for optimum power given the ambient temperature and other takeoff performance variables. It’s hard to hold the 960 back once power is set. You get a jet-like shove as you’re pushed back in your seat, and it’s only moments later that you’re rotating at 85 KIAS (we had four aboard), retracting the gear and climbing away at the VY of 124 KIAS to the tune of 4,000 fpm or so.

Autothottle on or off, power will vary according to the airspeed you’ve selected, ambient conditions, or any encroaching engine or propeller limitations. We dialed in the FMS-saved climb speed of 124 KIAS and left it there as we made our way to Flight Level 280, the airplane’s ballpark-optimal altitude for maximum cruise speed. On the way up, the EPECS kept maximum climb power, and with the GFC 700 engaged there wasn’t much in the way of workload. It was an ISA-plus-9-degree day in southern Florida—so, with three level-offs from ATC, it took us 28 minutes to get to FL280. Usually, it takes around 19 minutes.

After letting the airplane accelerate—again, with the autothrottle still floored and MXCR appearing on the G3000’s primary flight display—we saw a 311 KTAS on an indicated airspeed of 193 KIAS. Torque was 90 percent, ITTs were comfortably below redline, we were burning 62 gph, and the cabin altitude was 8,500 feet. These were all book numbers and while all was well, it would have been better if the temperature were ISA, at which we would have been doing 319 KTAS. At recommended cruise power, we’d have turned in 308 KTAS according to the airplane’s information manual. Daher claims a maximum cruise speed of 330 KTAS and maximum range of 1,730 nm, but those figures are for ideal conditions for each variable. Even so, we broke 300 KTAS on a hot day.

Up at FL310, the 960’s maximum operating altitude, we saw 316 KTAS on 56 gph, but the outside air temperature was minus 39 degrees Celsius/ISA plus 8—a little bit cooler. The cabin altitude of 9,800 feet was noticeable, so I understand why most TBM pilots stay in the high 20s.

Next up was a series of landings and flybys for the camera at the Airglades Airport (2IS), a lonely strip southwest of the Everglades. That meant a big descent, so we rolled in a 4,000 fpm descent and watched the autothrottles power back as it kept our airspeed under control on the way down.

TBMs can be cantankerous to land, what with their long, heavy snouts and huge flaps, two features that make the airplane trend nose-down in the landing configuration. The whole idea, now heavily preached, is to arrive at the touchdown point out of an 85-knot descent, trimmed to relieve nose-down forces, make a decent flare (at least three degrees nose up), and keep around 10 percent torque until you’re down. That’s good advice for any airplane, but TBM propellers are only eight inches from the surface—and the airplane sits one degree nose down when on the ramp. This can all add up to a prop strike if you come in too fast and land hard, and why Simcom—TBM’s designated training organization—drills home the right procedure for slow, drama-free arrivals. I attended the Simcom course, and wondered how much of that learning was retained (See “TBM Technique: Landing in Style,” January 2021 AOPA Pilot, Turbine Edition).

I have to say that of my four landings, three were OK. One was a pretty firm arrival, but Luy assured me that the TBM’s stiff main gear, being free of any torque links, can be unkind to those not flaring enough. The last landing of the day was at Pompano Beach was a floater, but ended with a full-stall touchdown. Don’t believe me? TBM pilots can check each others’ parameters for the evidence the airplane sends to the Me & My TBM app. Of my last landing’s target landing conditions, I nailed five, for a score of 80 percent. Not too bad for someone who hasn’t flown a TBM in three years.

Testy landings—and a hefty price—appear to mean little to a loyal clientele attached to 330-knot speeds, a comfortable cabin, the latest avionics, and an enduring style. Last word was that the TBM 960 has a one-year backlog, and that 12 TBM 960s await delivery from the company ramp at France’s Tarbes-Ossun-Lourdes Airport. If tradition holds, half of the newest TBM will be sold to those already owning an earlier model, a quarter will go to Cirrus owners, and another quarter will go to those now flying Piper’s M-series of turboprops.

If my luck holds, I may well be in the cockpit of one of those 960s being delivered to the United States. My fingers are crossed, and I’ll be sure to bring you along on that epic trip. 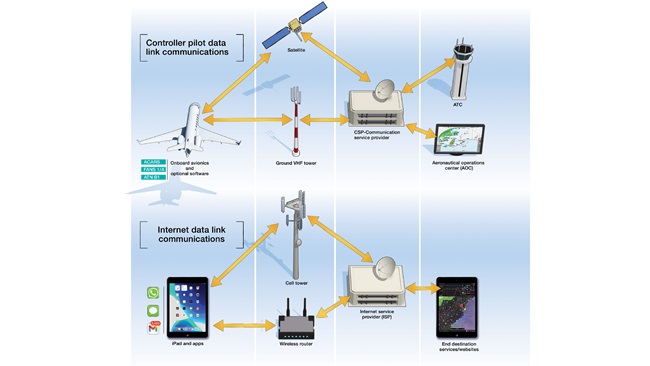 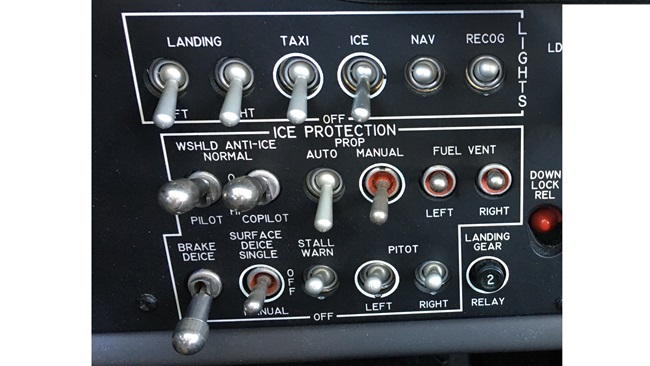