Get the app Get the app
News & Media Aircraft Maintenance: What a difference a prop makes

There is a careful balance to be struck in aircraft maintenance when choosing among cost, longevity, and upgrades. However, sometimes even expensive upgrades are well worth the cost. 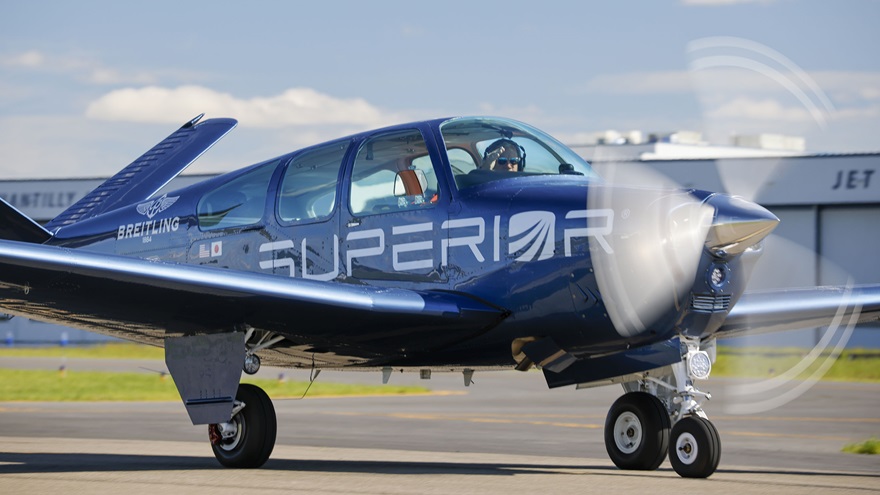 Photo by Chris Rose.
I have a great deal of respect for managing maintenance costs and keeping components in service as long as they can be maintained in airworthy condition. That said, the propeller on my Bonanza has been in service for nearly 25 years, through numerous overhauls, and starting to experience more frequent maintenance interventions to deal with leaks and other issues. And so, with propellers on my mind, I found myself unable to focus on the conversation with my friend Adrian Eichhorn as we stood in front of his earthrounding and polar exploring Bonanza that was poised majestically behind him. As Eichhorn was describing his adventures, my eyes kept drifting to the brand new Hartzell Navigator propeller on his stunning blue V-tail Bonanza.

Turning the subject of the conversation to the prop, Eichhorn had nothing but glowing reviews for his new propeller. He described it as “turbine smooth,” which is saying a lot for someone who spends his working hours in the cockpit of a Gulfstream G650. As we walked and talked, he literally led me over to the folks at Hartzell Propeller for the handoff.

The rest, as they say, is history now. After waiting patiently through the ubiquitous aviation supply chain delays, the call came in from the front desk at my airport: My new propeller had arrived.

Swapping propellers is a surprisingly simple, but delicate, task. The old propeller and spinner were removed and carefully stored, while the new propeller was prepared by mounting the spinner back plate and carefully reviewing the installation manual.  With the prop off and the hollow crankshaft exposed, it was obvious that some deep cleaning was in order.

For constant-speed propellers, the front of the engine crankshaft serves as the pathway for pressurized oil from the governor to reach the propeller, where variations in oil pressure effect changes in the propeller pitch. A byproduct of this design is that the crankshaft also functions as a centrifuge, separating all the suspended metals and contaminants heavier than the oil itself and depositing them as a sludge that coats the inside of the crankshaft. It’s a lead-laden, thick, nasty gunk that needs to be cleaned out before attaching a gleaming new propeller hub. (I’ve often wondered how ugly the oil-filled portion of the prop hub itself must be after decades of service.) 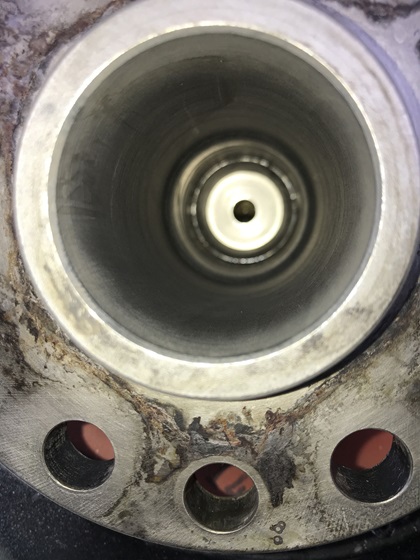 After careful use of long plastic scrapers to remove the sludge, followed by a final cleaning with solvent, it was time to hang the new propeller. Care must be taken to slide it on straight, making sure that the single O-ring seal doesn’t get pinched. After that, it’s a simple process of tightening six nuts and mounting the spinner.

At this point, I had to stand back and take it all in. Propellers are one of the most defining traits of general aviation aircraft. After all, when nonaviation folks ask us about the airplanes that we fly, we often say things like “I fly a prop” or “It’s a single/twin propeller.” It’s also the first thing a person sees when approaching the aircraft. The Hartzell Navigator, with its broad, swept, carbon fiber blades, certainly gives the airplane a striking appearance that’s hard to ignore.

Before the first flight, I performed run-up tests and was surprised to see that no adjustments were required. Static rpm was exactly where it should be. I followed the static tests with dynamic balancing using our DynaVibe GX3. I recommend dynamic balancing every propeller after installation and at regular intervals during the life of the prop. The process is fairly straightforward and, even though the propeller felt smooth to begin with, the before/after balancing difference was remarkable. 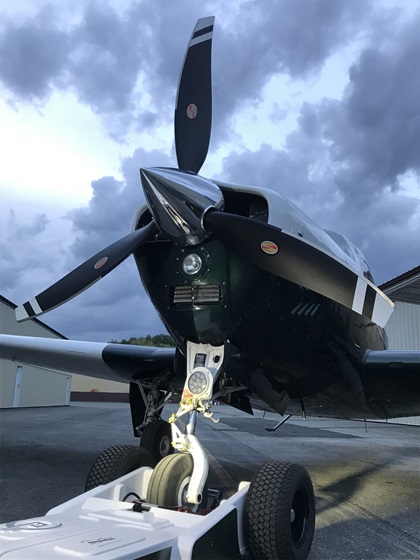 The last step before flight was to complete the paperwork, including the revised weight and balance. Although the Navigator is a carbon fiber prop, the weight savings over my previous McCauley three-blade propeller was only 4 pounds. This is actually a good thing, as I didn’t want the CG to shift much further aft, and also because it’s important that propellers have enough mass to maintain a minimum moment of inertia (MMOI) as defined by the engine manufacturer. The mass of the spinning propeller helps prevent damage to the engine during starting issues or backfires, and helps dampen normal engine power pulses and other vibrations as well. This is one possible reason why owners of some very lightweight propellers have reported damage to starter adapters after a misfire during starting.

With the documentation complete, it was time for the first flight. On power up and brake release, I was struck by the difference in power I felt as the airplane accelerated. This was proven out during the climb, where I saw a dramatic improvement in rate of climb at the same airspeed as the previous prop. The noise level was definitely lower and, as Eichhorn promised, the airplane felt “turbine smooth” in cruise. We have yet to test cruise speeds at higher altitudes, but we seem to be getting similar cruise speeds as before (with perhaps a knot or two gained).

Investing in a new, advanced propeller is hardly economical when compared with overhauling your current propeller. However, if you’re looking to improve the performance, comfort, and overall ramp appeal of your aircraft, it certainly delivers on all three. Until next time, I hope you and your families remain safe and healthy, and I wish you blue skies. 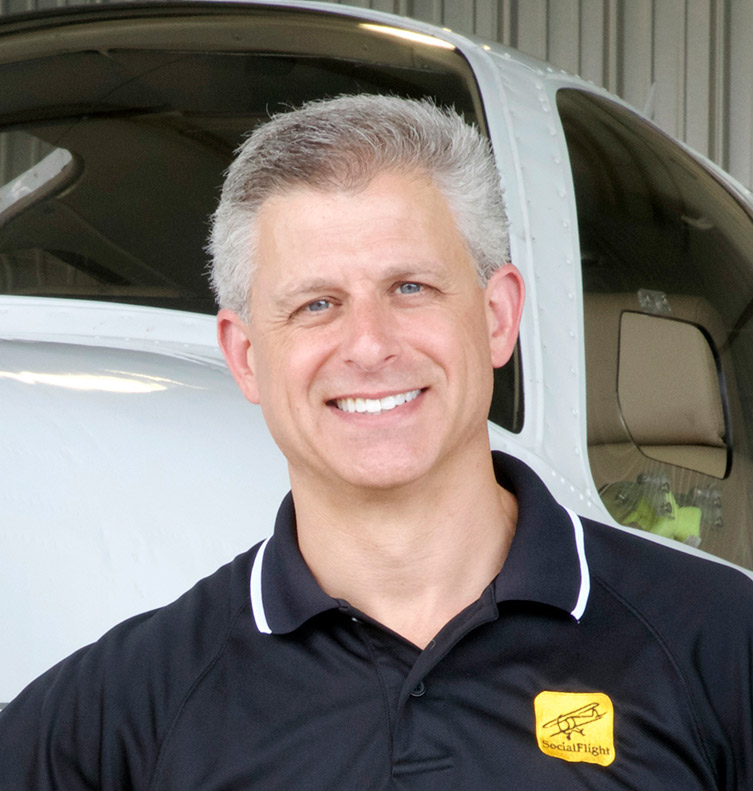