Get the app Get the app
Already a member? Please login below for an enhanced experience. Not a member? Join today
News & Media Milestones

“It feels like a dream,” AOPA Senior Photographer Mike Fizer says of his decision to retire in 2021.

The 33-year veteran of the association completed his last photo duties December 31, 2021. Fizer has been hanging out of the back of airplanes, capturing iconic aviation images in film, video, and digital format since he was 20 years old. As a boy he became enamored with photography, receiving his first camera from his father when he was 14. When Fizer suffered a devastating accident on a motorcycle when he was 15, he spent more than eight weeks in a hospital bed and another three months at home recovering. He devoured books and magazines on photography during his convalescence.

Although his family had traveled the world following the career of his fighter pilot father, Fizer considers Wichita, Kansas, home. His father was a demonstration pilot for Cessna after he retired from the U.S. Air Force. At 18, Fizer was working for a custom color lab, Color Central, as their main darkroom technician for custom photographic printing. (Tests showed him to have perfect color vision.) Venerable aviation photographer Paul Bowen used the lab.

“I printed most of Paul’s work in 1978 to ’79. After a year, the darkroom was driving me nuts, so I quit Color Central and went to Tucson to attend University of Arizona’s Center for Creative Photography,” Fizer said. “After three or four months Paul came to Tucson for a Flight Safety assignment and asked me to assist him on the shoot. He offered me a job and I said yes.”

He started Fizer Photography in 1984 with FlightSafety and Flying magazine as early clients. Richard Collins, then-editor of AOPA Pilot, approached him to work for AOPA.

Fizer joined AOPA as the association’s first full-time photographer in 1988. The world’s largest aviation magazine, AOPA Pilot, had grown with the economic boom of the late 1970s and ’80s, and demand for photography on its pages—led by former Car and Driver art director Art Davis—was high. By the mid-1990s, the page count for the magazine had grown into the 200s, and feature photography to accompany the pilot reports on new aircraft was soaring. Fizer spent an average of 10 to 12 days a month on the road accompanying Pilot editors across the country, and eventually across the world.

“Any successful shoot was my favorite shoot,” Fizer said. “Overseas trips were fun for the novelty, like Iceland, New Zealand. Then there are the personality shoots like Connie Edwards, Caitlyn Jenner, Bob Hoover, or Mike Melvill. And of course, the unheralded personalities as the Meggerses with the first Super Cub; Redmans at Rare Aircraft. And all the historical aircraft Barry Schiff and I have covered.”

Changes in the 2000s in the aviation industry and the number of new aircraft releases saw Fizer take on new challenges—he started telling stories with his photography. This writer remembers his first, a story about the aviation industry’s impact on Fizer’s hometown of Wichita, which was published in AOPA Pilot in 2011 (“There’s No Place Like Home,” July 2011 AOPA Pilot). Soon he was exploring new cities and towns and countries, capturing startingly beautiful images and video of people, places, and (aviation) things around the world. Accompanying AOPA Editor at Large Tom Horne to Iceland in 2018, Fizer produced a video that took the Gold award for excellence from Association Media and Publishing (see “Iceland Calls,” March 2018 AOPA Pilot), among the many accolades Fizer has received.

Several experiences stand out for him over his career, chief among them the opportunity to twice tell the story of his father and the story of the Super Sabre Society (see “Romancing the Hun,” January 2022 AOPA Pilot and “One More Time,” November 2016 AOPA Pilot).

“As with any good professional, Mike has had to reinvent himself numerous times over the decades,” said AOPA Editor in Chief Tom Haines. “He started in the darkroom with film. He embraced the change to digital photography, and led the rest of us there. And, with the availability of broadband internet connections, he once again took the lead in helping us tell great stories through video—all the while maintaining his presence as an outstanding still photographer, always trying new techniques. His leadership at AOPA has made our media channels number one in every category. I am honored to have worked with him these past 33 years. We are all better because of his presence on our team.” 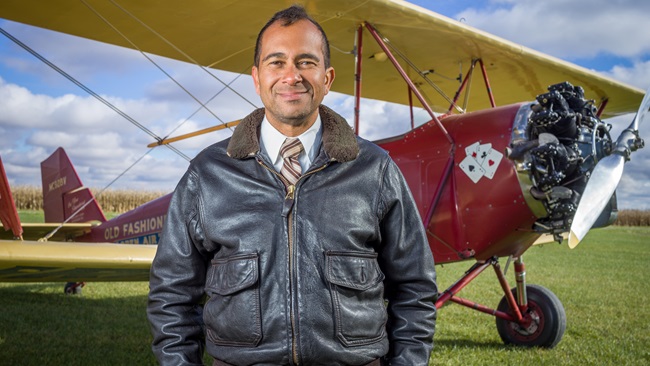 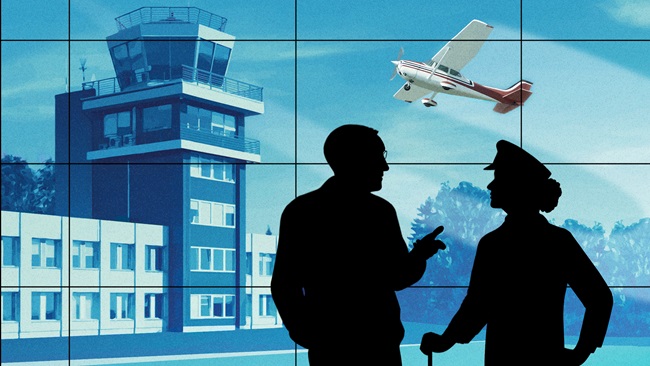 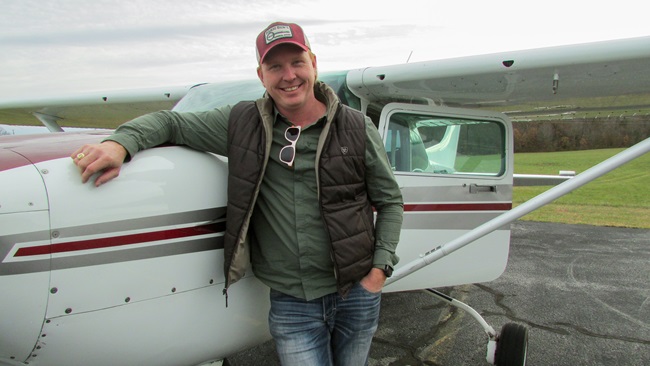