Up high? Got a problem? Put on the mask!

Ask the average pilot what they think of when you say “airline depressurization event” and many will respond with an event such as 1988’s Aloha Airlines Flight 243, when a large section of the aircraft’s skin tore off in flight, causing an explosive decompression. 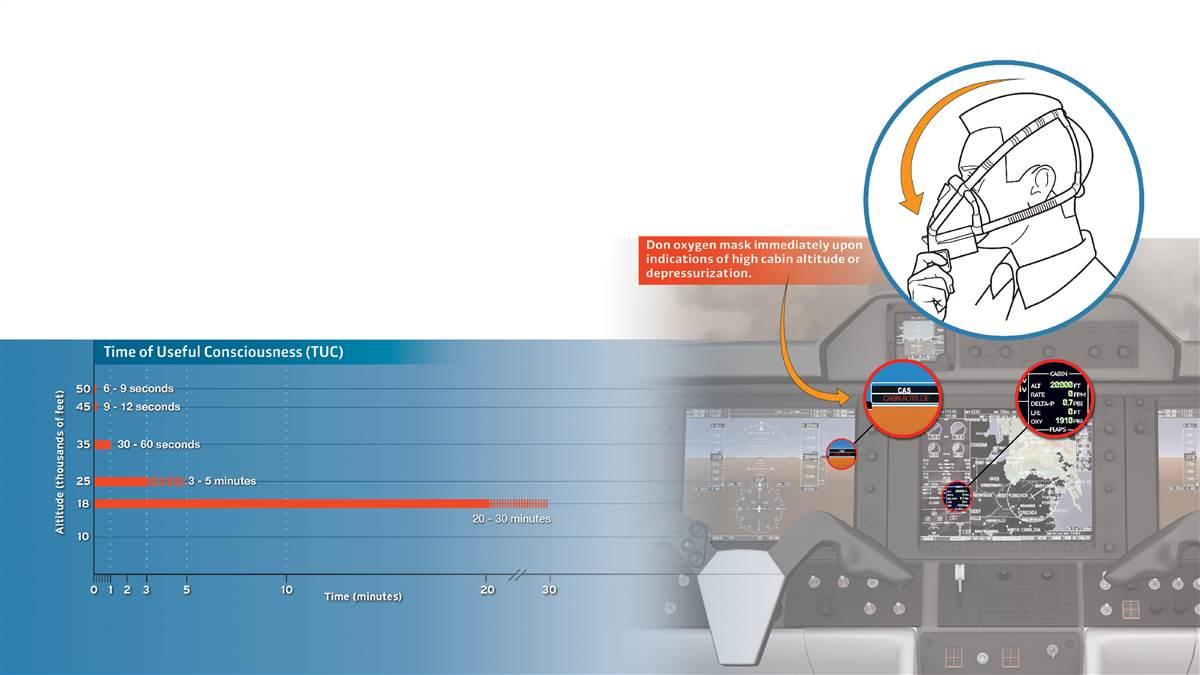 None, however, are likely to respond with a reference to American Trans Air Flight 406. That’s unfortunate, as this incident reflects a far more common “failure to pressurize” event—the kind that continues to be a leading cause of hypoxia deaths in turbine aircraft.

In the case of ATA 406, with no mechanical faults present and through human errors alone, three of four cockpit occupants lost consciousness, leaving the co-pilot alone to operate the aircraft and narrowly avoid a loss of life. The precipitating event was straightforward, and one that continues to plague turbine aircraft: a mis-set switch in the air system that led to a deficient inflow of pressurized air.

Climbing through 32,000 feet the cabin altitude horn sounded and the crew noticed the right hand “pack” (the component that conditions and provides bleed air to the cabin) was improperly set to Off. Boeing later determined that even with the right pack off and with only a single bleed source providing air to the pressure vessel, the cabin altitude would have stabilized at 14,800 feet—not ideal but also not hazardous. This point is important to emphasize. Had the crew taken no action at all the situation would have stabilized before any pilots became incapacitated.

Unfortunately, the captain, noticing the right-hand pack was switched off, instructed the flight engineer to reinstate the pack rather than calling for the appropriate checklist or performing the required memory item of donning oxygen masks when the cabin altitude exceeded 10,000 feet. The NTSB determined the probable cause of the incident to be “the failure of the captain and flight engineer to utilize a checklist to troubleshoot a pressurization system problem,” and found that the flight engineer inadvertently opened the aircraft’s outflow valve when trying to correct the rising cabin altitude.

So, if a pilot experiences any pressurization or cabin altitude alert when above 15,000 feet, the first step must be to don their oxygen mask. There should be no thought, consideration, or debate in the pilot’s head.  History has shown that any time wasted can be enough to start the chain of events down a path to disaster.With the outflow valve opened, Boeing calculated it took only slightly more than one minute for the aircraft to completely depressurize. Upon feeling an “air surge” accompanying the now rapid depressurization the captain reached for his oxygen mask but lost consciousness with it only partly over his head. The flight engineer had donned his mask when the cabin altitude warning light illuminated, but in attempting to secure a mask on an unconscious flight attendant in the cockpit his mask was pulled from his face and he, too, lost consciousness.

Fortunately for the 112 occupants of the flight, the first officer had donned his mask when the warning horn first sounded and initiated an emergency descent upon feeling the depressurization accelerating. He maintained control of the aircraft until the other crew members regained consciousness at lower altitudes and the aircraft landed without further problems.

Consider the first steps of the memory items for a warning of excessively high cabin altitude for the following three airplanes, each from a different manufacturer:

A theme stands out—if presented with a high cabin altitude warning, the pilots should immediately, without thinking, consulting a checklist, or conducting troubleshooting, don their masks and descend to a safe altitude. Yet all too often pilots display the same reaction evident in the crew of ATA 406—a desire to first figure out what’s going on and troubleshoot the problem.

While pilots are appropriately frightened by how quickly consciousness can be lost at the 41,000- to 45,000-foot ceilings of modern light jets (mere seconds measured in single digits), many don’t properly respect how dangerous a depressurization in an aircraft flying between 20,000 to 30,000 feet also can be. At 30,000 feet, time of useful consciousness (TUC) can be as little as 30 seconds, and while the two to three minutes afforded at 25,000 feet may not sound alarming, the insidious nature of hypoxia can mean that a pilot crosses the threshold of recognizing the need to don a mask in much less time. The pilot remaining conscious is of no use when their level of function has degraded to the point that they can no longer recognize the severity of the situation and take proper actions.

So, if a pilot experiences any pressurization or cabin altitude alert when above 15,000 feet, the first step must be to don their oxygen mask. There should be no thought, consideration, or debate in the pilot’s head. History has shown that any time wasted can be enough to start the chain of events down a path to disaster.

If the aircraft is in the climb and still at a relatively low altitude—below 20,000 feet, say—the next step before initiating a descent may be as simple as stopping the climb via the “ALT” button on the autopilot control panel. In the most common modern flight decks pressing the ALT button tells the autopilot to stop climbing and maintain the altitude at time of the button push. It should go without saying that this action should be carried out before notifying ATC, and absolutely should not be contingent upon waiting for clearance from ATC. A failure to pressurize is a critical situation, and as such the pilot is free and obligated to exercise their emergency authority.

Only after the pilot(s) have donned oxygen masks and descended the aircraft descended to, and stabilized at, a safe altitude should the pilots begin running the checklist for the appropriate procedure. Pilots have an ignoble history of making moderately bad situations worse when trying to improvise a response to an abnormal system condition. Trying to rectify a system malfunction “off the cuff,” without deliberate step-by-step actions from a checklist, is a proven way to initiate an accident chain. 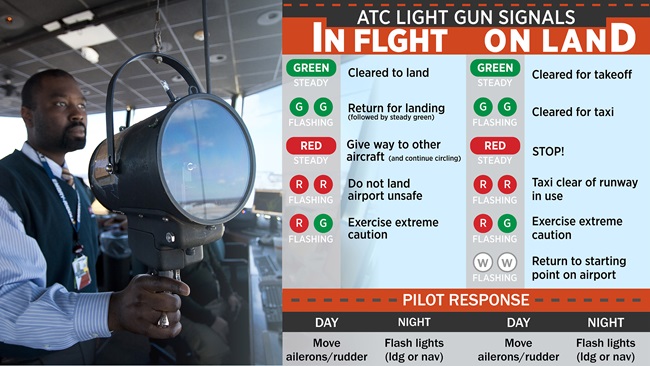 Training Tip: When the checklist can wait