Get the app Get the app
Get the latest news on coronavirus impacts on general aviation, including what AOPA is doing to protect GA, event cancellations, advice for pilots to protect themselves, and more. Read More
Already a member? Please login below for an enhanced experience. Not a member? Join today
News & Media On Instruments: Precise flying and tracking

Flying the numbers, and an HSI ‘gouge’

In an earlier installment of On Instruments (“Basic Attitude Flying,” May 2020 AOPA Pilot) I talked about basic attitude instrument flying, or BAI. 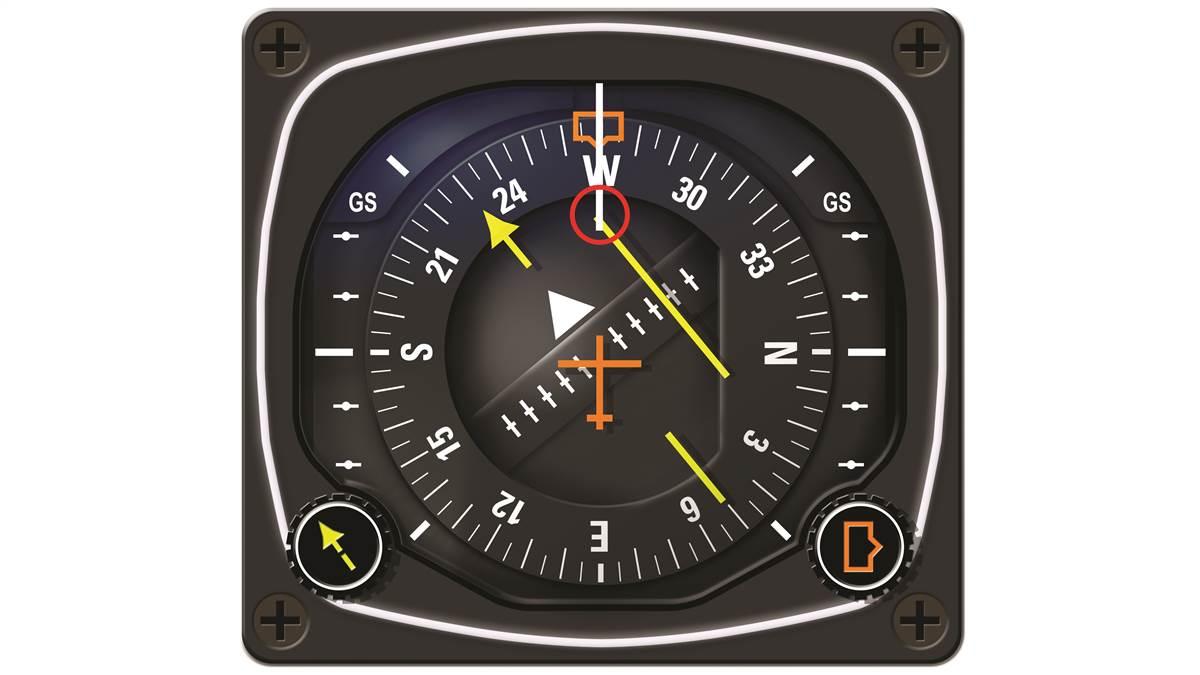 To make a course intercept using a CDI display, turn the airplane so that the lubber line (the vertical white marker at the top of the instrument case) is atop the yellow course deviation bar. The technique works when hand-flying or on autopilot, using heading mode and setting the heading bug to match the deviation bar.
Illustration by Charles Floyd

It’s an important subject, and another aspect of BAI has to do with how you manage the interplay of the control and performance tasks bound up in instrument flying. After all, controlling the airplane involves setting the proper power, pitch, and configuration for a given phase of flight.

So, what do you do to achieve certain flight profiles, such as climbs, descents, and instrument approaches? You want to nail a specific airspeed and realize a specific vertical speed (descent rate, in the case of instrument approaches), so how do you do that consistently? Sure, on an approach’s final approach course you’d reduce power and lower the nose, but by how much? Configuration—flap setting and landing gear position—are also parts of the equation.

To quantify all those variables, make yourself a test pilot and try a mix of power, attitude, and configurations for climb, nearing the final approach fix, and final descent (for both precision and nonprecision approaches). For many fixed-gear piston singles, you’ll find that 1,700 rpm and two degrees nose down pitch will yield about 80 knots or so, with a 500-fpm descent rate. But those numbers are too general. To find the number for your airplane, at various weights, you have to practice various settings, because airplanes are different. Some are draggier than others, some more slippery, some more powerful, and some heavier or lighter than others—and all those factors mean that you’ll need more or less power, more or less flap deflection, and a slightly higher or lower pitch attitude to realize specific airspeeds and descent rates. Once you’ve learned the values, you can create a chart that can serve as both checklist reference and memory aid. 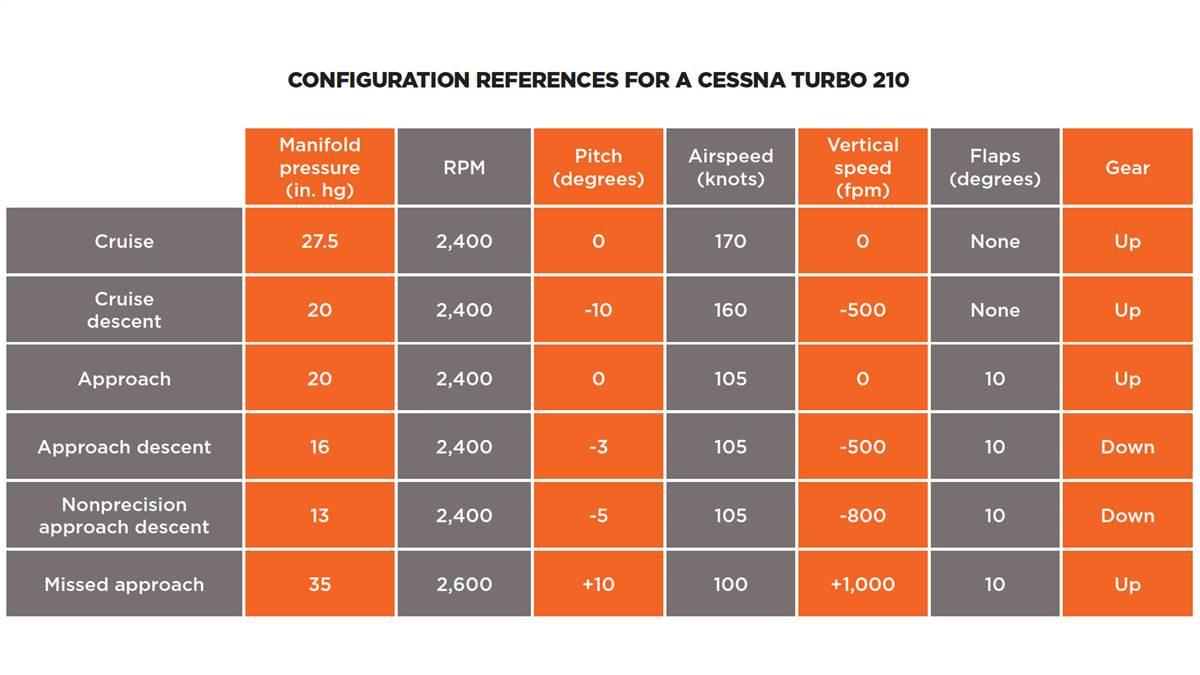 Creating a table of the variables required for various phases of flight can simplify pilot workload. Values on this chart, for a Cessna Turbo 210, will be similar to those for many high-performance piston singles. The values are for an airplane at a  “training weight” and forward center of gravity.

That’s what I did when I checked out in a Cessna Turbo 210. My chart is shown above, and I should add that the airplane was at a “training weight” and at a forward center of gravity because there were only two of us—both in the front seats. So, it was light. The chart speaks for itself, and for pitch settings I first used a “bar width” measure. At the time it seemed simpler than trying to figure out the exact number of degrees for a pitch angle. “One bar down” roughly equates to two or three degrees nose down, where the top of the aircraft symbol’s “wings” are set immediately below, yet touching, the attitude indicator’s horizon line. To keep things clearer, the chart’s pitch values are in degrees—but remember that each airplane can yield different pitch values.

A chart like that gives all the information you need to quickly “set and forget” the control settings, leaving you free to concentrate on flying a course or other profile. Another major benefit: Adhering to these settings makes flying stable approaches a piece of cake. You won’t be hunting around with pitch and throttle trying to chase a desired airspeed.

There shouldn’t need to be a reminder, but here it is: Be sure to reduce power to idle and flare before landing. Knowing the chart is one thing, but don’t carry those approach power settings into the roundout and flare.

You may have heard the term “gouge” thrown around the hangar. It’s pilot slang for a shortcut, inside knowledge, or sage advice. Well, there’s a gouge for using a horizontal situation indicator—either an electromechanical one, or an HSI on a glass primary flight display. It’s a technique for smoothly and accurately making course intercepts, whether joining a Victor airway defined by the VHF guidance used to make VOR radials or an ILS’s VHF guidance, or GPS-derived en route or instrument approach courses—such as RNAV GPS or LPV approaches.

Here’s how it works. After selecting the desired course to be intercepted, look at the displacement of the course deviation indictor (CDI), sometimes called a steering bar. Let’s say you’ve dialed in a course of 230 degrees. The course selector arrow now points at 230 degrees, but the CDI is parked way over to the right side of the HSI and showing a three-dot off-course indication. You know you have to turn right to intercept the course centerline—but by how many degrees?

As the CDI centers up on the course selector arrow, hold your heading. If a crosswind blows you off course, use the same technique by turning to put the lubber line atop the deflected CDI. You’ll be back on course in no time. It’s a great gouge; try it and see for yourself. 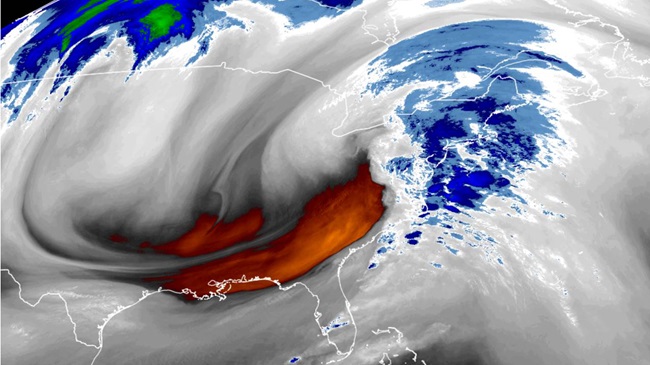 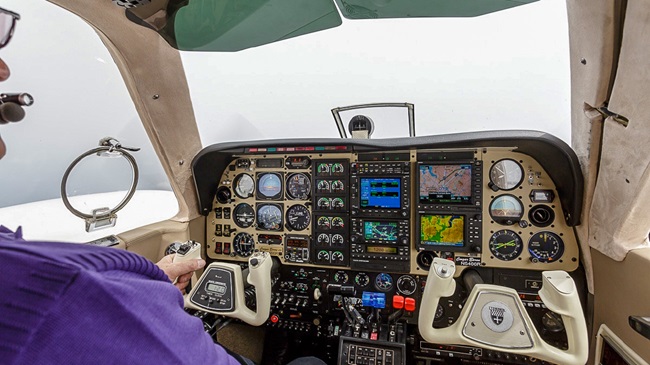 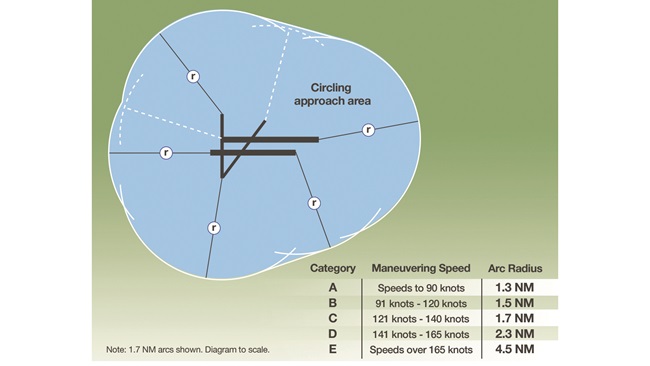 On instruments: Say goodbye to a stabilized approach