Get the app Get the app
News & Media Live the dream

A guide to buying a training airplane

Want to make learning to fly even more fun? Do it in your own airplane. Renting is common for most students, but you don’t have to be most students. Owning your training airplane is a great way to get fully engaged in aviation, have continuity throughout your training, and maybe even save some money. Here’s how to do it. 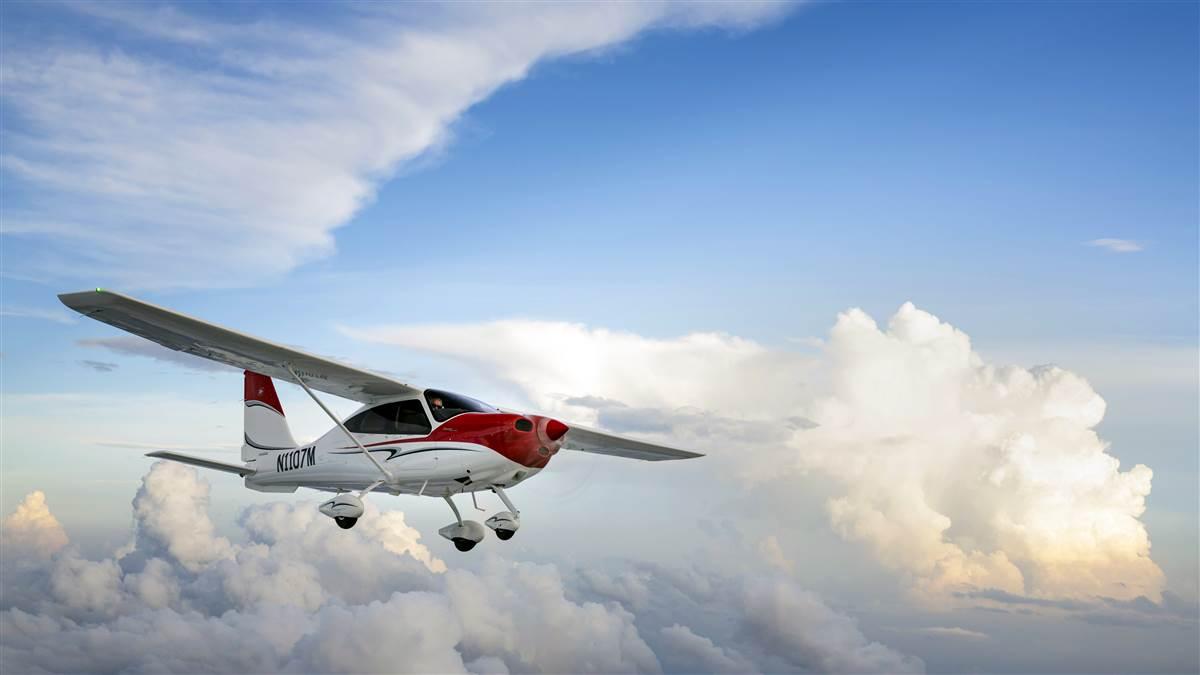 Make a new friend
Unlike cars and houses, airplanes aren’t used every day. That makes them a great shared-ownership resource. By taking on one or more partners you can split ownership costs without losing any utility. And by creating a limited liability corporation you don’t expose yourself to any additional risk.

Rent it out
Flight schools are clamoring for more airplanes, and many schools lease the aircraft on their flight lines. Letting a flight school use your airplane can significantly offset costs. The upside is that many agreements result in virtually no fixed costs for you as the owner, although you may be on the hook for maintenance expenses. The downside is that to fly your airplane, you’ll have to get on the schedule—just like everyone else.

Join the club
Flying clubs take the idea of shared ownership and blow it out to include an entire community. Typically with anywhere from six to 15 owners per aircraft, a flying club pools resources from many pilots to make the cost of ownership minimal. And owners gain a big family of other pilots to share the experience with. Search for one near you at aopa.org/flyingclubfinder. —IJT

Step 1: Decide what you want to buy

Other than signing the big check, the hardest part of buying an airplane is deciding on a model. Airplanes that can realistically be used for training have been produced since the early 1940s, so there are dozens of models to choose from. Like most big purchases, the process begins with a budget. Be sure to include costs such as maintenance and fuel in addition to the purchase price. With few exceptions the used aircraft market is grouped by price according to an aircraft’s capabilities. Slow, two-seat aircraft with minimal baggage capacity and range can be purchased for less than $20,000. Older, no-frills four-seat aircraft can be found for somewhere between $20,000 and $40,000; and nicer aircraft with four seats, a good engine, and decent avionics are found for between $40,000 and roughly $60,000. These aircraft will almost all be built before 1980.

If your budget is a little more generous, the world of modern aircraft with digital avionics, composite construction, faster cruising speeds, and long range will open up. Expect to pay $100,000 to $400,000 or more, especially if you want to buy new. The aircraft market isn’t the car market with its zero-percent financing and generous lease terms. Unless you are a one-percenter, it’s probably best to buy used because any aircraft used in training is going to take its licks.

Within those categories, aircraft prices correlate directly to how much flight time on the airframe, time on the engine since overhaul, paint and interior condition, and avionics. If you are on a tight budget and need to focus your resources, a good engine should be your primary focus, followed by decent avionics. Especially if you’re only going to own the aircraft for a few years while you train and gain those first few post-certificate hours, airframe time and paint and interior are less important.

Good training airplanes abound, even within these price ranges. The difficult part is choosing the right one for you. Start with your ultimate goal. Do you plan to stop at the private certificate and only fly for fun? You can look at anything from a Piper Cub to a Cessna 182. Are you looking to get an instrument rating and fly for business? You may want to start with a Cessna 172 with the expectation that you’ll upgrade quickly after training. What if you want to fly for an airline, and getting there as inexpensively as possible is your goal? There’s nothing that says you can’t find an old Piper Tomahawk, use for it most of your training, and pile on the hours at $40 each.

Step 2: Figure out how to pay for it

If you can pay cash for an airplane, do it. Financing charges can quickly eat up any savings you could hope to make by choosing ownership over renting. For those of us without a cool $50,000 in the bank to spend on a cherry training airplane, there are options. Shopping around is the best strategy. Occasionally your personal bank will offer financing and your existing relationship will lead to a good rate. There is always an unsecured line of credit, but often the interest rates on these are quite high. Frequently the best avenue is reaching out to a company that specializes in aircraft financing, such as AOPA Aviation Finance. These lenders know how an aircraft transaction works, and the rates are usually quite competitive. (See “Resources,” p. 39.)

AOPA can help with everything

Buying your first airplane can be a stressful and fraught experience. AOPA has myriad resources to help through the process.

Step 3: Find it and inspect it

The best deals on airplanes and easiest searching happen locally. A friend knows someone; you see a flyer pinned to an airport bulletin board; or someone posts on a local online group. Putting out feelers at your local airport usually results in someone wanting to chat about an extra airplane or a rarely used one they are trying to unload. Some budget-minded pilots who are willing to work on the airplanes with their mechanics have even had success going down the tiedown line and contacting owners of airplanes that look as if they haven’t flown in years.

If you’re not lucky enough to find an airplane locally, you can search plenty of online marketplaces, including Barnstormers, Trade-A-Plane, and even Craigslist and Facebook. If you’ve settled on a particular model of airplane make sure to check out the type club’s website as well. There’s often a message board or classifieds where people are selling.

Used aircraft are in high demand these days. Consider having your financing lined up before you start looking—and then, when you see an airplane that strikes your fancy, contact the seller right away. Some prospective buyers are finding that if they think too long about an appealing aircraft, it’s been sold by the time they call the seller.

Keep in mind that the asking price is not necessarily the purchase price. Even though it’s currently a seller’s market, it’s always a good idea to try and bargain. AOPA members can access a service from Vref (aopa.org/vref) that provides the base retail price of aircraft. It’s a good place to start a negotiation.

Although a buyer and seller can structure a deal however they want, usually a buyer offers a deposit and then schedules a prepurchase inspection. Almost any mechanic can inspect a common training airplane to find items that must be repaired immediately for the aircraft to be airworthy, and to itemize less critical discrepancies that may require attention over time. For less common airplanes turn to a type club for recommendations. The outcome of the inspection will dictate the next steps. Often the seller pays for required repairs and the buyer and seller negotiate on items that are less critical. Occasionally issues that come to light are so severe that the best thing to do is walk away.

Finally, it’s always a good idea to perform a full document search on the aircraft’s title. Through this service you can find if the aircraft has any liens and get information from the FAA on past repairs and alterations.

Step 4: Buy it and register it

If you’re financing the airplane, the finance company will take care of releasing the payment. With cash, the many ways to pay include wire transfers, personal checks, and escrow. The most secure method is through escrow. The funds can be released once the buyer and seller agree on the final terms and that any maintenance items have been addressed.

Not yet a certificated pilot and the airplane you just bought is halfway across the country? No problem—ask your flight instructor to help you fly it home. It’s a great opportunity to gain some real-world cross-country experience.Insurance is a must. Like car insurance, airplane insurance has both liability protections and a provision for aircraft damage called hull coverage. As with a new driver, you can expect to pay more when learning and see your rates stabilize once you earn a certificate and add some experience.

Registering an airplane is easy. The FAA requires a bill of sale and a registration application. That’s it. Five minutes and $5 later, you’re an airplane owner. Drop it in the mail to the FAA and you’re ready for the best part.

Not yet a certificated pilot and the airplane you just bought is halfway across the country? No problem—ask your flight instructor to help you fly it home. It’s a great opportunity to gain some real-world cross-country experience. Many pilots have earned tailwheel endorsements this way, or logged hours toward a private pilot certificate or instrument rating.

Most important, don’t stop flying the airplane once you own it. Nothing is worse for an airplane engine—not to mention your happiness—than an airplane that doesn’t fly. Once you own it the relatively minor cost of fuel and oil will quickly work its way to offsetting those high flight school rental fees. Plus, it’s hard to imagine a better feeling than taking a checkride in your own airplane. 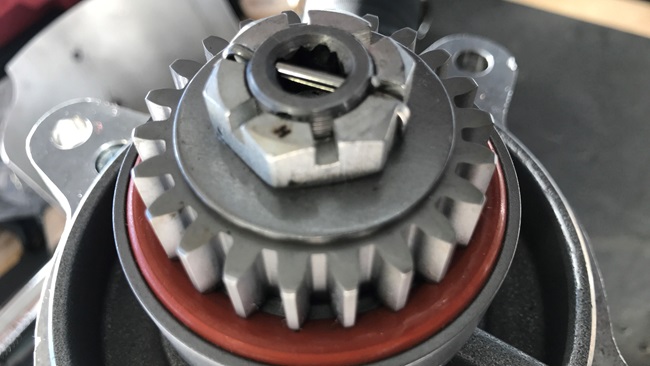 Sky’s (not quite) the limit