Get the app Get the app
Get the latest news on coronavirus impacts on general aviation, including what AOPA is doing to protect GA, event cancellations, advice for pilots to protect themselves, and more. Read More
Already a member? Please login below for an enhanced experience. Not a member? Join today
News & Media President's Position: Giving George a break

Automation is a powerful tool

We all know him, some of us even fly regularly with him. The go-to guy on long cross-country flights, the way-more-precise pilot than you could ever be, and one who doesn’t crack under pressure. He’s even been featured, although satirically, in cult aviation movie classics like Airplane! Yes, I’m talking about George—the world-renowned autopilot and trusty ally of the aviation community.
There are instances when George, like other advancements in the cockpit, may be too much of a good thing.

George has been around for decades, but pilots still speculate on where the name originated. Some believe it’s a nickname referencing George De Beeson, the man who patented the first autopilot in the 1930s. Others swear it dates to World War II when Royal Air Force pilots referred to their aircraft as “George” after King George VI, who “owned” the entire fleet. Whatever theory you believe, there’s no doubt that George has been making air travel safer and more efficient for pilots and passengers alike.

But as technology, artificial intelligence (AI), and automation all have advanced, we have come to practically depend on it. With a few swipes and the touch of a button, ridesharing apps such as Uber and Lyft take us from point A to point B in no time. Our Amazon packages are delivered in two days; we order our fast food via touchscreens; and Alexa is a commonly accepted family member in our living rooms.

According to research firm MarketsandMarkets, the AI industry is set to grow to $190 billion by 2025. Additionally, companies using AI have seen increased efficiency, cost reductions, and revenue growth. But as impressive as it is, and as AI continues to become more mainstream in our daily lives, we have to ask ourselves—is it really helping us or hurting us?

When we look to aviation, commercial flights have become more reliant on computers to handle most flight operations between takeoff and landing. In fact, according to The New York Times, the average flight of a Boeing aircraft involves only seven minutes of hand-flying—something the FAA is now urging pilots to do more of.

There are instances when George, like other advancements in the cockpit, may be too much of a good thing.In a formal request to the International Civil Aviation Organization, the FAA stated that pilots have become too dependent on aircraft systems and haven’t learned or maintained the ability to manually control the aircraft—especially during emergencies. This became more apparent following the 2009 Air France disaster in which a sudden disengagement of the autopilot system led to crew confusion on how to properly recover from a stall. It’s a prime example of the downfalls of automation.

Although appreciated among pilots worldwide, there are instances when George, like other advancements in the cockpit, may be too much of a good thing. As we move up from light aircraft to larger jets, the amount of hand-flying tends to decrease while the autopilot’s capabilities increase—significantly compromising our basic stick and rudder skills.

I’ll be the first to admit, I am a huge fan of automation and actively support advancements in cockpit tools and technology. At our fingertips, information about an aircraft’s position, altitude, speed, route, engine performance, nearby terrain, traffic, and weather are all neatly projected. Combined, these systems have decreased pilot workload and improved situational awareness.

What’s more, the declining cost of safety-enhancing equipment like autopilots has made these capabilities more accessible. Only a few years ago, a two-axis autopilot would cost $40,000. Today, you can get a non-TSOed digital autopilot with envelope protection for less than $10,000.

That being said, overreliance on technology can lead to complacency. When I learned to fly, glass cockpits didn’t exist, leaving me with a panel of what are now considered antiquated steam gauges. While far from the sleek and shiny look of a modern Garmin G5000, these gauges taught me everything I know about GA flying and what it takes to be a good, skilled pilot. We all love to debate primary training avionics and what makes a better pilot. But the answer is neither. The panel doesn’t affect the flight characteristics of the aircraft—it’s all about the fundamentals.

It’s important to embrace the new technological advancements available to us, but feel free to give George a break every once in a while. When a real emergency strikes—be it weather, engine failure, or electrical problems—we need to rely on the basics. 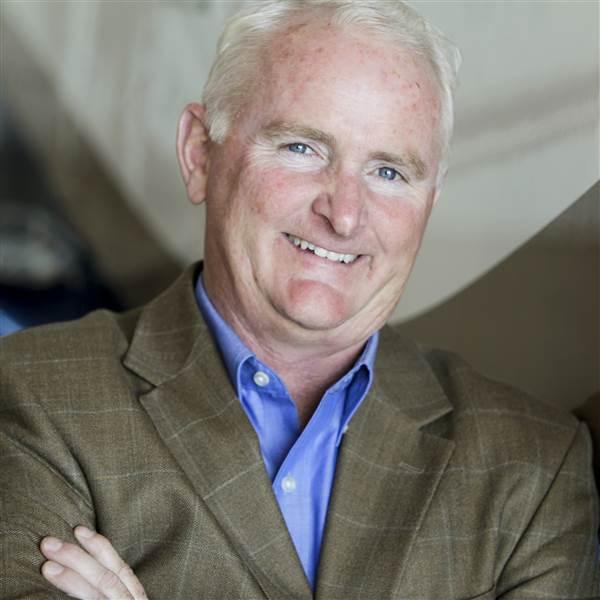 Mark Baker is AOPA’s fifth president. He is a commercial pilot with single- and multiengine land and seaplane ratings and a rotorcraft rating.
Go to Mark Baker's Profile