Get the app Get the app
Get the latest news on coronavirus impacts on general aviation, including what AOPA is doing to protect GA, event cancellations, advice for pilots to protect themselves, and more. Read More
Already a member? Please login below for an enhanced experience. Not a member? Join today
News & Videos Aviation industry launches misfueling prevention program 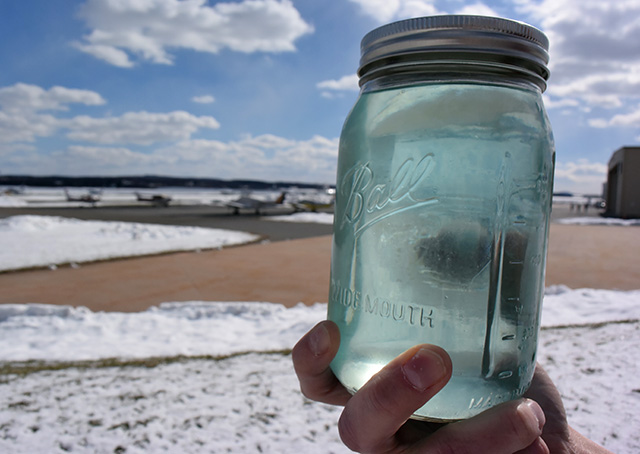 The free online course is divided into four parts with specific precautions for pilots, line service personnel, general managers at fixed-base operators, and customer service representatives. Materials include a guide to operational best practices, links to misfueling program resources, and four specific videos designed to heighten awareness for all stakeholders.

Fixed-base operators are reminded that the nozzles for avgas and Jet A are two different sizes, with a wide “duck bill” opening for jet fuel that is not supposed to fit into the slender fuel-tank openings for aircraft that operate on 100LL. Pilots should make sure their aircraft’s fuel tanks are clearly marked for either Jet A or 100LL with the appropriate restrictor installed; pilots also should check their receipts for the type of fuel charged.

“I’ve had a 50/50 mix of 100LL and jet fuel in a clear glass jar for a week, and it looks just like avgas,” said George Perry, senior vice president of the Air Safety Institute. “The old drain-and-look method is not good enough. What you really need to do is put your nose in it and smell. If you detect an oily smell, then unfortunately there’s a high likelihood, you’ve been contaminated.” 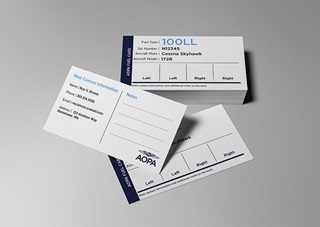 The Air Safety Institute will soon be offering customizable cards for pilots to print and hand to fuel line personnel with their fuel requests. The easy-to-read business cards list an aircraft’s basic fuel requirements and pilot contact information.

“Members will be able to go online and customize the cards with fuel type in big bold letters, and points of contact on the back so that line personnel can contact them with any fueling questions whatsoever,” Perry said.

According to Perry, the best way to avoid fuel contamination is relatively simple; pilots just need to follow a three-step process.

“First, accurately communicate your needs to FBOs and line personnel. Next, always be there to observe the fueling process, and if for some reason you can’t be there in person, use our handy new fuel cards. Finally, always check the receipt,” he advised.

Perry said if pilots are ever confused about fueling, they can do a quick field test. “The first line of defense is a sniff test. If you smell Jet A, then you’ll need to do a ‘paper towel test.’ Do this by pouring a little fuel on a white paper towel. If the fuel evaporates quickly, leaves a slight blue tint, and is dry to the touch, that’s a good sign. If jet fuel is present, then it will leave an oily sheen and it won’t evaporate quickly. For a turbine pilot, if the fuel has a blue hue, well guess what—you’ve been misfueled with avgas.”

Perry said piston pilots should remember that even a little bit of jet fuel in their engines can drastically lower the octane component of avgas. And lower octane, especially at high-power takeoff settings, can quickly destroy a powerplant. One way to avoid that situation, Perry said, is to pay attention to engine temperatures during run-up procedures. “Higher-than-normal temperatures equal a no-go situation,” he explained. On the other hand, Perry said, most turbine engines are able to produce power even with avgas in their fuel tanks, but it is far from ideal and will lead to expensive repairs.

The General Aviation Manufacturers Association also assisted AOPA and NATA with the new online program, which was funded by grants from Eastern Aviation Fuels, EPIC Aviation, Phillips 66, and others.

Pilots and other personnel completing the program will be awarded with certificates of completion. Additional resources, including inexpensive fuel decals, are available online.

For the record: What’s in the mail?