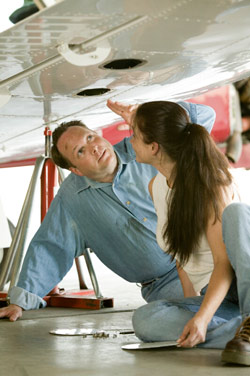 Inspection requirements differ with the various uses of aircraft. For example, aircraft being used for compensation or hire must have a thorough inspection every one-hundred hours. Most aircraft, including those used for compensation or hire are required to have a complete inspection every year (see annual inspection). This subject report will discuss each kind of inspection, and explain when each should be done, which aircraft it applies to, and what it should involve.

Most general aviation aircraft require an annual inspection. Excluded are aircraft that:

The annual must be completed and properly endorsed by a mechanic with an inspection authorization (IA) within the preceding 12 calendar months. For example, if the aircraft's annual is endorsed on March 15, 2012, the next annual is due before April 1, 2013; otherwise the aircraft may not be flown without authorization (such as with a ferry permit).

A ferry permit is required to fly an aircraft that's out of annual, such as in the case of flying to another airport for the inspection. Contact your local FSDO for instructions on applying for a ferry permit.

The 100-hour inspection is required for aircraft:

The phrase "for hire" refers to the person, not the aircraft. An FAR Part 91 example of a person carried for hire is an aerial photography flight.

The 100-hour limit may be exceeded by 10 hours for the purposes of flying to a place where the inspection can be done. The excess time must be included in computing the next 100 hours of time in service.

Unlike an annual or 100-hour inspection, a progressive inspection allows for more frequent but shorter inspection phases, as long as all items required for the annual and 100-hour are inspected within the required time.

Example: Flight schools with aircraft that must comply with the 100-hour inspection normally use four inspection phases at 25-hour intervals. The inspection cycle is completed when the last inspection is endorsed.

The authority to use a progressive inspection plan is non-transferable. Once the aircraft is sold, an annual (or if applicable, a 100-hour) inspection must be endorsed within 12 calendar months (or 100 hours) of the last complete cycle.

Most airframe manufacturers will provide a boilerplate progressive maintenance plan. 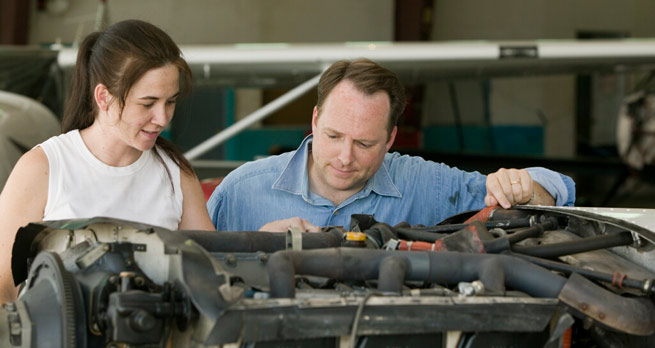 FAR 43, Appendix D,  Scope and Detail of Items To Be Included in Annual and 100-Hour Inspections, contains a list of general items to be checked during inspections.

The aircraft's static system, altimeter, and automatic altitude-reporting (Mode C) system must have been inspected and tested in the preceding 24 calendar months before flying IFR in controlled airspace. FAR 43 Appendix E, Altimeter System Test and Inspection, lists the items that must be checked.

Installed ELT's must be inspected within 12 calendar months after the last inspection for proper installation, battery corrosion, operation of the controls/crash sensor, and sufficient signal strength. While this check is not necessarily required to be accomplished during the annual inspection, it would be a convenient time to do it.

From the AOPA Archives