Get the app Get the app
News & Media Flying Smart

I could see potential disaster in the making on the Garmin G1000’s traffic display while an aspiring commercial pilot candidate performed a chandelle as we flew several miles northwest of the Winchester Airport (BGF) in Tennessee. 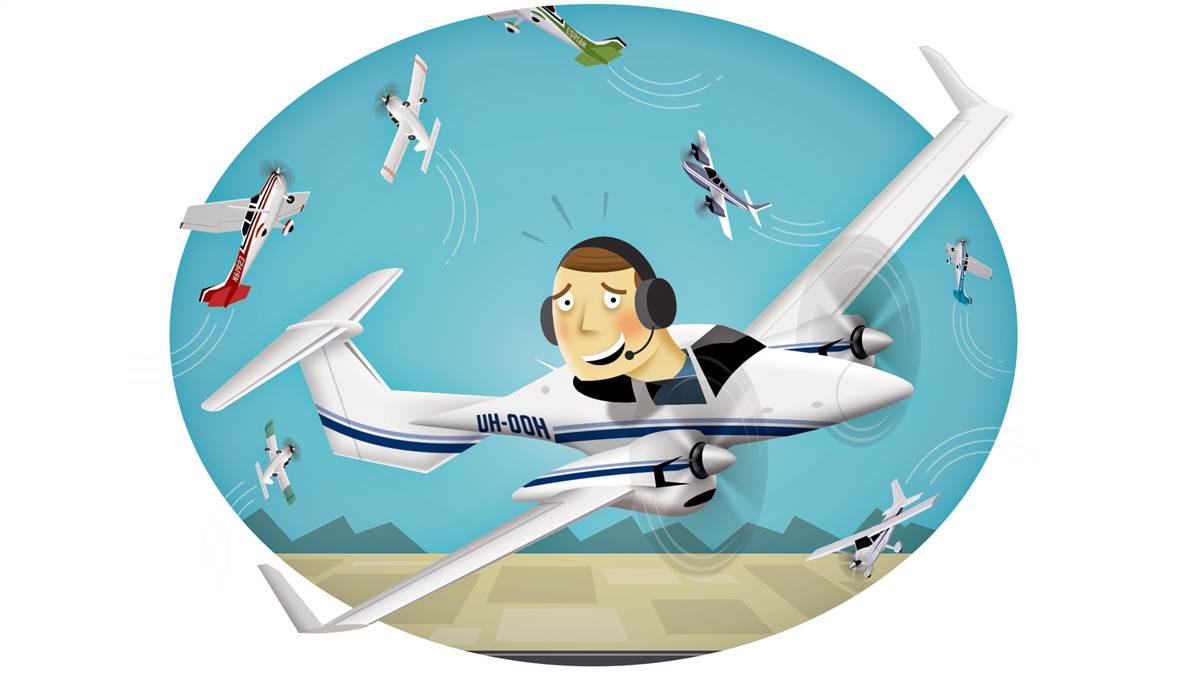 I noticed that a Cessna 172 had descended from the southeast onto a 45-degree entry to the left downwind for landing on Runway 18. A Piper Archer pilot reported he was on a straight final for a practice instrument approach from the north. And then a pilot flying a Diamond Twinstar that had been following and overtaking the 172 announced that he had entered a right downwind for Runway 18 and was looking for the 172. The NTSB report was writing itself before my eyes.

I keyed the mic and informed the Twinstar that Winchester has a left-hand pattern in the hopes that he would enter a left pattern behind the 172. The pilot acknowledged my transmission, said that he was looking for traffic, and continued with the right pattern anyway. He landed after the 172 and before the Archer.

Once on the ground in the FBO, I introduced myself and explained that I was the one who mentioned the left pattern. I suggested that abiding by these regulations creates a safer environment for all. But the pilot became defensive and offered up a laundry list of excuses such as, “Oh, is that against regulations?” (as a matter of fact, it is) and, “Well, I am PIC so I chose to execute a right pattern in the interest of safety.” (The pilot hadn’t declared an emergency.) During this discussion, he managed to exhibit just about every flavor of hazardous attitude so I’m guessing that this type of pattern entry isn’t an isolated experience for him.

I wish I could say that witnessing such a safety deviation is rare, but it’s common. A few years ago, the pattern at the Winchester airport teemed with aircraft landing for their monthly fly-in breakfast. As a Maule touched down on Runway 18, a Piper Cherokee landed on the same runway and against all the other traffic in the pattern on 36. During their respective ground rolls, each passed to the right of the other.

On another occasion, my spin student and I, after announcing the various legs of the pattern and on the final approach segment, found ourselves staring at an oncoming Mitsubishi MU–2 that turned final from a right base to the opposite runway. We sidestepped to the right and watched as the MU–2 landed downwind and taxied to the ramp, all without making a single radio transmission.

FAR 91.126 requires that when operating at an airport in Class G, all turns should be made to the left unless a right pattern has been designated for that airport. FAA Advisory Circular 90-66B reminds us of these regulations and offers suggestions that can create a safer operating environment for such an airport. In typical FAA advisory circular fashion, it’s not exactly a page-turner but does contain some good information. I’ve included some key points from AC 90-66B here.

Even if you’re still talking with air traffic control, get the local weather to learn the favored runway well before you’re near the airport. I use my second com radio to simultaneously listen for pattern traffic at least 30 miles away to learn where other traffic might be, so I’m not surprised when ATC advises me to switch to the advisory frequency. Sometimes just minor airspeed adjustments during my descent can allow me to join the airport traffic flow seamlessly.

Be polite and generous

Aircraft on instrument approaches—practice or otherwise—do not enjoy priority over VFR traffic in the pattern. That being the case, I’ve often witnessed aircraft in the pattern slow on the downwind to let another come straight in on an instrument approach or even to let some folks on the ground make their departure. Most aviators are neighborly and a polite give and take can result in an efficient pattern without compromising safety.

Any one of us can succumb to skirting rules at the expense of safety. Maybe we are in a rush to get home for that birthday dinner or perhaps landing right away means we’ll be first in line for the fuel truck. We need to constantly remind ourselves that a few more minutes isn’t really a big deal.To identify your own aircraft, avoid, “Blue and white Cessna” as, from a distance, most airplanes pretty much look white. Instead, “Cessna N127AB” can help those with ADS-B connect aircraft on the traffic display with what they see outside.

In giving position reports, ditch the IFR lingo. The VFR pilots hearing, “ZEDUX inbound on the RNAV 18 approach,” have no idea what you’re talking about and, frankly, the IFR traffic probably doesn’t either. After all, ZEDUX doesn’t even appear on the low-altitude en route chart so you must be staring at the same approach plate to understand. But every pilot understands what “12 mile final, Runway 18” means.

Finally, no one needs or wants to know where you went to dinner last night so keep those conversations off the airwaves. Keep it short and on point so others can announce too.

Be a good neighbor

Flying unnecessarily low doesn’t foster good relations between the based pilots and airport neighbors. Be sure to understand local noise abatement procedures. While you may not live in the area, the folks who do end up taking the heat for your inconsiderate flying. Plus, maneuvering at low altitude may end up in damage to property and loss of life and general aviation doesn’t need any more black eyes.

Years ago, I saw reckless behavior from a local pilot and, even though the conversation seemed futile, I hoped that somehow the message got through anyway. Apparently, it did not because that pilot later perished in an aviation accident that took the life of someone else as well. I’ve been haunted for some time by the idea that, had I done more, maybe things would have turned out differently. So after my conversation with the Twinstar pilot went nowhere, I used the FAA Hotline online to report the situation. I’ll never know whether some future accident might be prevented, but I do hold that hope.

To be clear, I believe any one of us can succumb to skirting rules at the expense of safety. Maybe we are in a rush to get home for that birthday dinner or perhaps landing right away means we’ll be first in line for the fuel truck. We need to constantly remind ourselves that a few more minutes isn’t really a big deal. If it is, then we risk becoming that pilot. 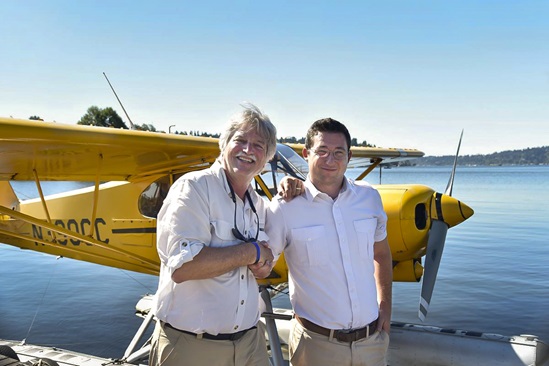 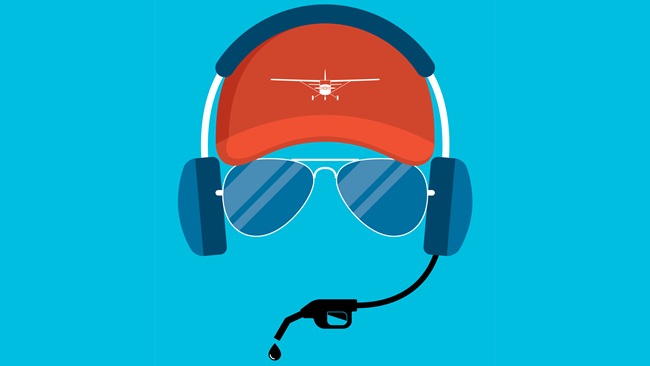 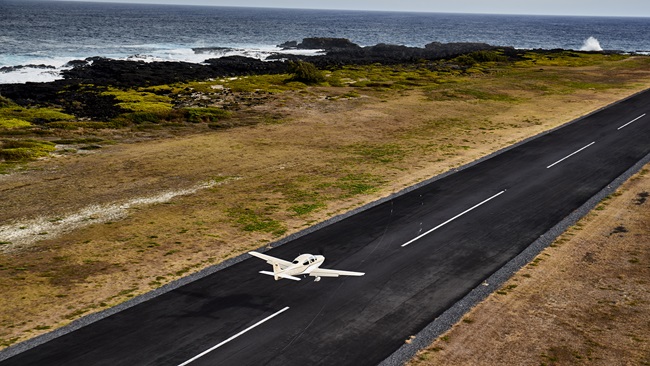