Get the app Get the app
Already a member? Please login below for an enhanced experience. Not a member? Join today
News & Media Fly with AOPA 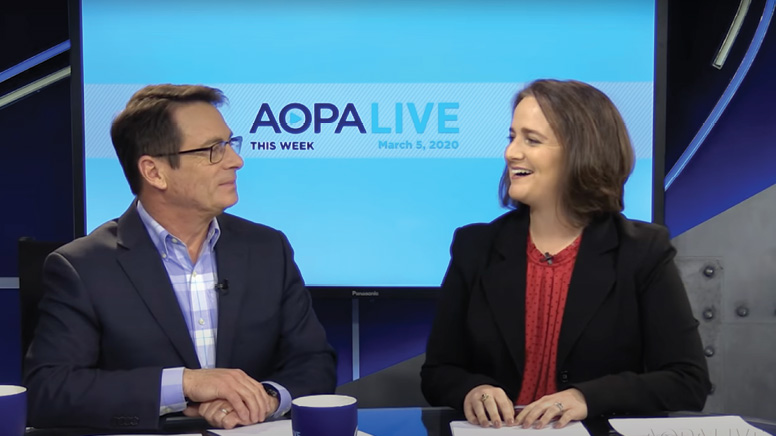 From Frederick, Maryland, to your home screen

At nearly 2 million views, a segment posted four years ago about an Alaska STOL competition is the most-watched video on the AOPA Live YouTube channel.

DID YOU KNOW?
61,000: Number of subscribers to the AOPA Live This Week newsletter.

A weekly roundup of news from the largest aviation organization in the world—that’s AOPA Live This Week. AOPA Media first ventured into video in 2005 to provide visuals to accompany magazine articles. AOPA’s air-to-air missions to shoot still photography are an integral part of the association, so it wasn’t difficult to equip the photographers with video cameras as well. As the videos became more sophisticated, it made sense to figure out how to package them to increase viewership. That’s how AOPA Live This Week was born.

In late 2009, at AOPA’s first Aviation Summit, held in Tampa, Florida, the association launched AOPA Live, an online streaming media channel featuring interviews with the most fascinating and influential figures in aviation as well as new developments in avionics and technology, aircraft, how-to videos, feature stories, and more. Shortly thereafter a weekly show was begun to feature those videos. Within a year of its launch, AOPA Live videos had been viewed more than 1 million times in more than 160 countries. Tom Haines anchored the first shows, eventually adding Melissa Rudinger as co-host. Alyssa Cobb is now Haines’ co-host (see “Who’s Who,” below).

AOPA’s weekly show has its own newsletter that goes to 60,000 subscribers on Saturday mornings, although the show posts on Thursday evenings.

“We get a lot of feedback where people say, ‘That’s what I do on Saturday mornings. I sit back with my cup of coffee and watch the show,’” Haines said. AOPA Live is available on YouTube, AOPA.org, Apple TV, and Roku.

Alyssa Cobb is senior director of the eMedia department and managing editor of AOPA Online; she is an instrument-rated commercial pilot and CFI, and she owns a Cessna 170B. An Ohio University journalism school graduate, she joined AOPA as an intern in 2004. She serves as co-host on the show.

Josh Cochran is a video producer for AOPA, primarily responsible for AOPA Live This Week. A graduate of the University of Maryland, he is a private pilot and joined AOPA in 2014.

Paul Harrop is a video journalist and producer for AOPA Live This Week. He is a former television broadcaster from Oklahoma who joined AOPA in 2012. He is a remote pilot, private pilot, and often serves as a co-host on the show.

Tom Haines is a senior vice president of AOPA, with primary responsibility for the association’s media, communications, and outreach departments. An instrument-rated commercial pilot and Beechcraft Bonanza owner, he has been with the association for more than 30 years and is the host of the show.

Warren Morningstar is executive producer for AOPA Live This Week. An instrument-rated commercial single- and multiengine pilot, he recently returned to the skies after a hiatus and now flies on BasicMed. He is a seasoned journalist and longtime employee of AOPA.

Melissa Rudinger is executive director of the AOPA Foundation. She has been with the association for 30 years, and is a former co-host on the show.

Miriam Stoner is executive assistant to the AOPA Media department and has been with the association since 1989. She is a student pilot and provides support for the show. 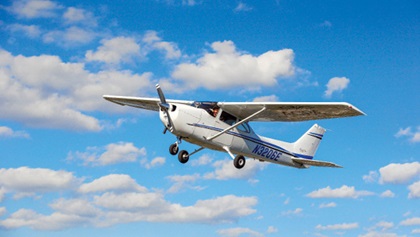 When you think of an in-flight emergency, an engine failure is probably one of the first scenarios that comes to mind. And it makes sense: Engine failures are the focus of much training and practice. But a real-life engine failure usually isn’t the sterile exercise most pilots have come to expect. The tachometer probably won’t just drop to 1,000 rpm and remain there, and you won’t be expecting the power loss as you would in a training environment. The engine will likely be shaking—violently, even—and there may be oil on the windshield. Smoke and fire are possibilities. And if you have passengers on board, that’ll add a whole new factor, too. Your physiological response will be different, as well, and the heart-pounding stress of a real engine failure will feel much different than the benign practice you’ve had with a CFI sitting next to you.

We’ve all had one or two bouncy or firm landings (or 10). But when does a touchdown count as a “hard” landing? A hard landing happens when an airplane stalls or drops onto the runway with too high a vertical speed, and the big difference from a firm landing is that it results in damage to the aircraft. It’s not just the landing gear that takes the hit—structural damage can also extend to the firewall and engine mount, fuselage skin, wings, and so on. And any amount of damage can get expensive in a hurry. In Avoiding Hard Landings, the AOPA Air Safety Institute team examines key causes that lead to hard landings. They also offer suggestions for making smooth landings your passengers—and your pocketbook—will appreciate. Sponsored by USAIG and AssuredPartners Aerospace.

The best way to deal with an engine failure is to prepare for it with every flight and practice your emergency procedures often. Here are some strategies to mitigate the risk of engine failures:

No two scenarios are exactly alike, but we can learn from other pilots’ experience to help better prepare for our own potential emergency. Listen to these two new episodes of the There I Was podcast and contrast the pilots’ different circumstances (different airplanes, VFR versus IFR) and approaches to their engine failures:

Episode 34: Treetop Landing
On an IFR flight from Bend, Oregon, to Vashon Island, Washington, Craig Beles and his friend and CFI Truman O’Brien experienced an engine failure in their Piper PA–28 Cherokee 140. Over vast wilderness with no ideal landing options, the pair are forced to put the aircraft down in the treetops near Mount St. Helens.

Q How can I get financing from AOPA for a Sling TSi from The Aircraft Factory?

A If you are looking to build the aircraft yourself, our lender for kit financing requires 25 aircraft of the same type registered in the United States and three comparable aircraft for sale to determine value. If you are considering purchasing an already-built Sling TSi, we have lenders that will accept an appraisal over the need for comps. Please give us call and we can give you a quote and get you started with our application.

Pilots who fly for commercial air carriers will be familiar with the Pilot Records Improvement Act (PRIA) and its procedures for the retention and forwarding of records to new employers, but some professional pilots may only recently be learning about the FAA’s new Pilot Records Database (PRD). The PRD will eventually replace PRIA, and per the PRD final rule, it is being phased in over the next three years. In addition to air carriers, it imposes records retention and reporting requirements on smaller operators including some corporate flight departments, and on operators holding a letter of authorization (LOA) for FAR 91.147 commercial air tours.

The PRD will track many record types including, among other things, FAA pilot certification information, verification of motor vehicle driving record, and employer records on training, qualification, and proficiency. However, the requirement to upload some types of records to the PRD varies by operator type, with air carriers facing the largest ongoing burden. Along with public aircraft operators, smaller operators such as corporate flight departments and air tour operators will not be required to upload most types of records unless and until requested by a hiring operator.

The requirement to upload some types of records varies by operator type.Three exceptions, which must be uploaded expediently even without a hiring operator request, are air tour operators’ drug and alcohol records subject to FAR Part 120, separation from employment records when a pilot is terminated for pilot performance or professional disqualification, and disciplinary records when a pilot is suspended from flying. Pilots can and should access their own PRD records free of charge to see if any errors are present and dispute any inaccurate information as necessary.

Notice of annual meeting of members
The annual meeting of the members of the Aircraft Owners and Pilots Association will be held at 9 a.m. on Tuesday, September 14, 2021, at the headquarters of AOPA, 421 Aviation Way, Frederick, Maryland, 21701, located on the Frederick Municipal Airport (FDK), for the purpose of receiving reports and transacting such other business as may properly come before the meeting, specifically including the election of trustees. If you are not able to attend, but would like to appoint your voting proxy, please visit aopa.org/myaccount or call 800-872-2672. —Justine A. Harrison, Secretary 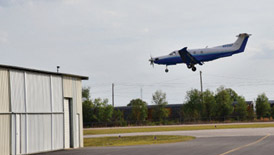 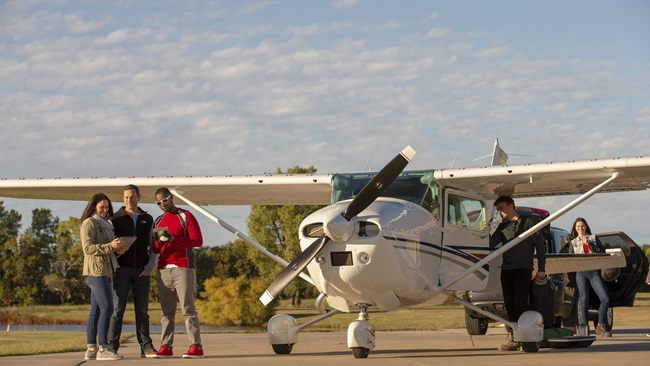