Get the app Get the app
Get the latest news on coronavirus impacts on general aviation, including what AOPA is doing to protect GA, event cancellations, advice for pilots to protect themselves, and more. Read More
Already a member? Please login below for an enhanced experience. Not a member? Join today
News & Videos Sisters solo on same day, at same airport

Sisters Allison and Macey Mesinere have shared many things in life, but neither will forget June 12, the day they made their final first-solo landings in sequence at Pennsylvania's Beaver County Airport, north of Pittsburgh. The siblings were initially separated in the pattern by several training aircraft, but the gap closed as they approached their final full-stop landings to set the scene for the family fete.

They were both given the nod by their flight instructors to solo in a pair of Diamond Aircraft DA20s on the same day after a hiatus of several weeks because of restrictions from the coronavirus pandemic, but they didn’t count on following each other in for a one-two punch.

Macey, 19, was on final ahead of her sister Allison, 21, when air traffic control informed the older sibling that she was “number two, follow your sister, cleared to land.”

Macey knew her older sibling was in the pattern, but she didn’t realize Allison was immediately behind her until the tower’s radio transmission. “I was kind of nervous, thinking ‘Oh my gosh, she’s watching me.’” Then, “on base to final I had a little gust of wind and I wanted to say to her, ‘Oh, be careful Ally,’ but I had to restrain myself.” The feeling of knowing her big sister was watching over her “was amazing—it was insane. I’ve looked up to my sister my whole life, so it was really awesome to have her there with me,” she said. 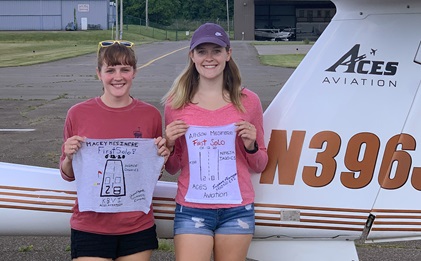 Allison deadpanned that “there wasn’t any pressure” on her to grease it in for the third touchdown after she observed from downwind and base the near-perfect approach and flare of her younger sister. “Macey took off first and she followed a few other people in the pattern,” Allison explained. “But for the third takeoff and landing, I was right behind her. I got to see her landing first—and she killed it—so now I had to butter it in too—and I did,” she recalled with delight.

Parents Steven and Sandy watched from the ramp with flight instructors Jayson Chappell and Taylor Garee, and ACES Aviation Operations Manager Eric “Stormy” Stormfels, who complimented the team for “working hard to make it happen” together.

After the sisters landed, they popped the canopies of the two-seat trainers in unison and signaled a giant “V” from their seats as Stormfels recorded the moment. 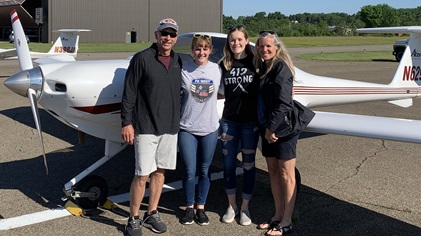 “We’re like best friends, so that was amazing,” said Allison. “I was smiling the whole time,” agreed Macey.

The sisters are both planning professional aviation careers and take inspiration from their career pilot father, who flies for Delta Air Lines—and from older brother Michael, a Boeing KC–135 Stratotanker pilot for the U.S. Air Force.

“I’d love to work for an airline and travel the world,” said Allison, a college student at Southern Illinois University, who developed a taste for travel at a young age.

“I’d love to fly for Delta,” confided Macey, a student at Community College of Beaver County, who said she would pursue a flying opportunity “wherever the wind takes me.” 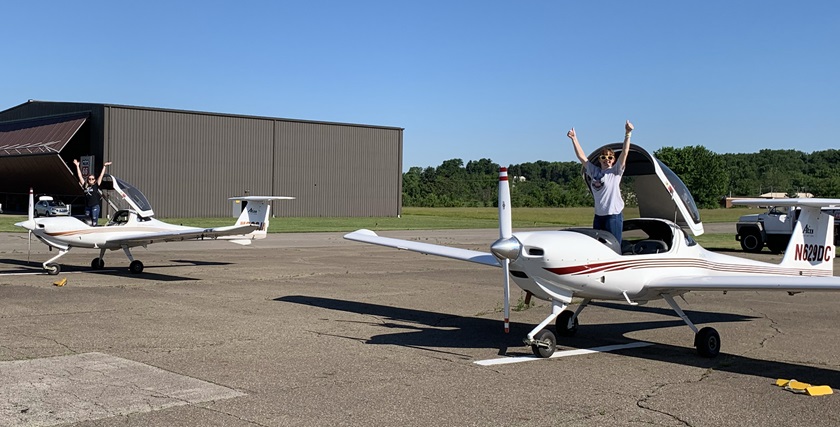 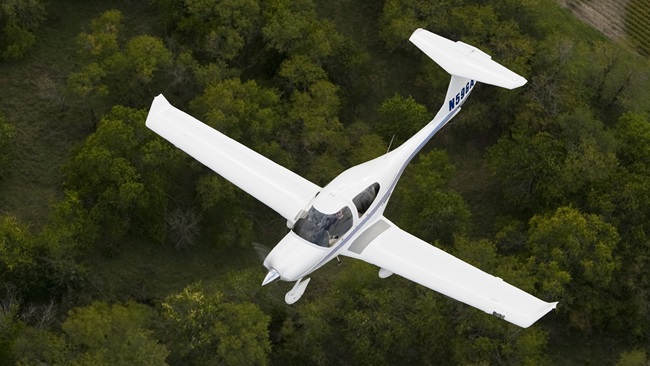 IFR Fix: 'Because it's legal now' 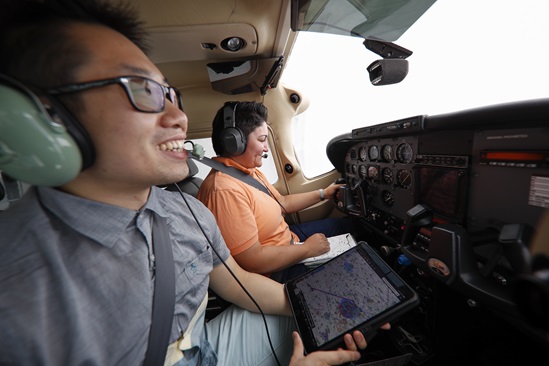