Get the app Get the app
Already a member? Please login below for an enhanced experience. Not a member? Join today
News & Videos Never Again: Into the corn

I was on a local pleasure flight in my Bellanca Cruisair, taking off from Twin County Airport (HLX) in Hillsville, Virginia. My friend Daniel, a student pilot, was in the right seat; I was the pilot in command. I planned to take off from Runway 19 and make a large, sweeping right turn to return to the airport. I anticipated a flight of 15 to 30 minutes maximum. 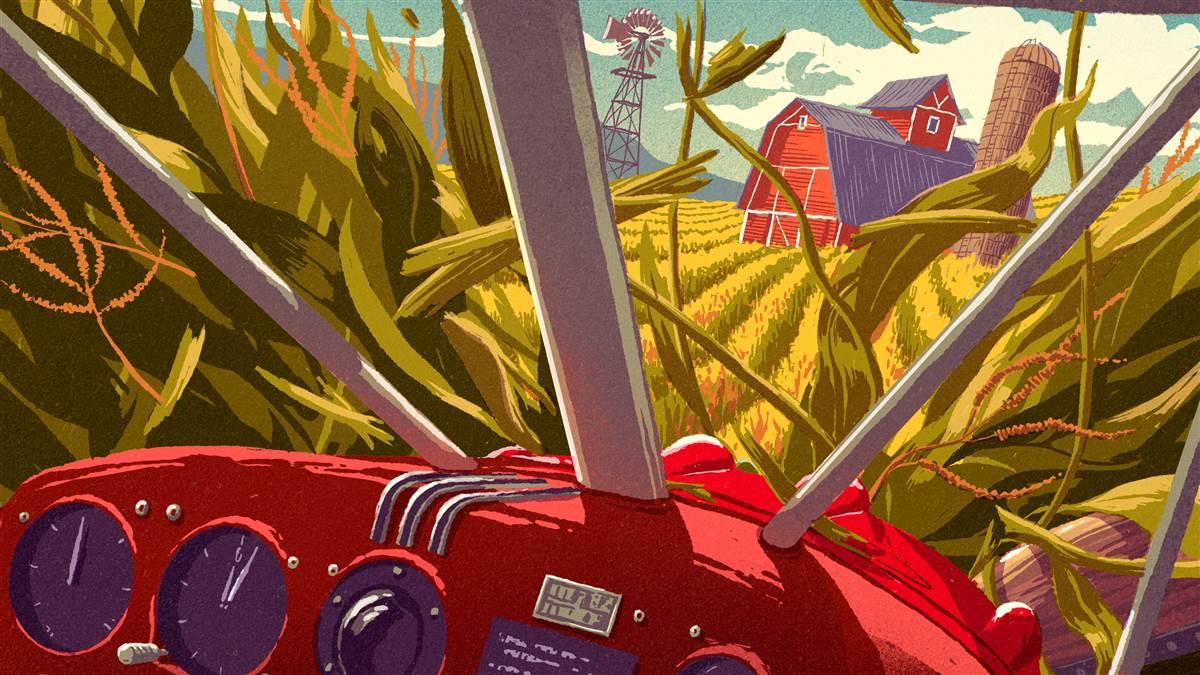 Approximately 5 to 7 miles from the airport, I was arcing back to the field at about 1,500 or 1,700 feet agl in a cruise configuration, climbing gently, when I felt a sensation similar to driving over a rumble strip on a highway, without much discernable noise change. The engine suddenly backed off to idle with a mild shuddering sensation. The propeller continued to windmill.

My initial reaction was to raise the nose and verify that the throttle and mixture were forward; they were. Still in a gentle climb as I decelerated to approximately best glide speed, I verified the mags on Both, then Left and Right individually; switched fuel tanks; applied carburetor heat; verified the landing gear and flaps full up; and retrimmed the nose.

I judged the distance to the airport boundary and stated that we needed to have a field or two picked out in case the glide didn’t look good after we stabilized. I quickly determined that we were not within a glide of the airport property and selected a field, planted in corn, we had seen just behind the right wing. My reasoning was that it was along a ridge of an otherwise very steep hill surrounded by other inhospitable hillsides, and all the pastures had relatively close fences and had visible obstacles (rocks included) and cattle. I also reasoned that the corn would help dissipate energy. I briefly experimented with the hand fuel pump, starter, mixture, and throttle, hoping for at least partial power, with zero engine response. Daniel remained calm and very helpful.

I initiated a brisk turn to the right, which put us on a slightly high angling left base leg. I told Daniel my intentions, and once I assured we were clear of the power transmission lines/towers, I confirmed we were configured for a full-flap, gear-up landing and then went left to right in the cockpit, turning off any potential hazards to our landings, including mags, throttle and mixture full out, master switch Off. I told Daniel to verify the cabin door was ajar, at which point he asked about the wheels, and I stated that it would be an intentional gear up to avoid nosing over.

Just above the corn, I realized my plan to touch down just as the field settled slightly in a bowl—the seaplane technique for water landings in swells—was off, and I actually went into the corn tassels seconds past that point, dragging the tail. The descent through the approximately 6-foot-high corn was very noisy and short-lived as it provided rapid deceleration, as anticipated, and we impacted nose high, wings level, very firmly, and stopped almost immediately, skewing about 30 to 40 degrees left just as we stopped. Even with my experience flying from aircraft carriers, that touchdown and deceleration is at least tied for the most violent arrestment I’ve experienced. My inertia reel lap belts and shoulder harness were wonderful.

As soon as we stopped moving, I checked on Daniel and told him firmly to get out of the airplane; he did so eagerly. As he exited I handed, possibly threw, the first aid kit at him and followed immediately. Once clear we tried to confirm that neither of us was hurt. We remained somewhat away from the aircraft, and then got closer to inspect it. I did not see or smell fuel, oil, smoke, or flame—so, from the wing, I confirmed I had the airplane and its systems turned off and looked for my cellphone. It was later found in the corn stubble about 12 feet from the cockpit, apparently having broken free of its yoke holder and exited through the right lower corner of the windshield.

We set out through the corn, downhill, in the general direction of the nearest road. I estimate our not-so-straight path to the first cattle fence, and subsequent cow path, to have covered what is actually only about one-quarter mile. While walking we both called family members to inform them of our experience and that we were OK. I also arranged to have us picked up roadside. We encountered the landowner at the bottom of the hill and informed him how we arrived there; he had no idea.

I called the flight standards district office at Charleston, West Virginia, and left a message and then tried the Richmond, Virginia, FSDO with a similar lack of success. My wife then took me to the Galax, Virginia, hospital because of increasing lower back discomfort. While in the waiting room at the emergency room I was successful reporting the event to an FSS supervisor at 800-WX-BRIEF, who told me that his computer entries were in fact passed into the government system and that I had “notified” the FAA.

We later discovered that the crankshaft had broken cleanly in two. It shut down all the accessories (fuel pump, mags, oil pump) the instant the rear third stopped rotating. That put us in a glider with a big speed brake in just one or three skipped heartbeats.

I don’t count the successful outcome of this, or my previous four aviation bumps in the night (two military, two civilian), as the result of any exceptional pilot skills on my part, but gleefully acknowledge that I had many good and thorough civilian and military instructors over the years who hammered the need for constant practice and self-instruction into my piloting. The result is that when something goes wrong there’s no need to think about it: Simply react to all the training scenarios and execute the sequence of corrective action you’ve already created. It’s worked well for me.

A few other thoughts:

Mature corn is tall and thick, so be prepared to be in IMC for the last 6 or 7 feet of descent; your flare will be on the gauges.

Ears of corn are heavy. They easily take out Plexiglas, penetrate wood and fabric with no effort, and will pretty much flatten an aluminum leading edge. It’s really noisy and the view is what a blender of avocados looks like.

Shoulder harnesses are a must in front seats and really nice in rear seats. Even the STCed retrofit kits are inexpensive insurance. 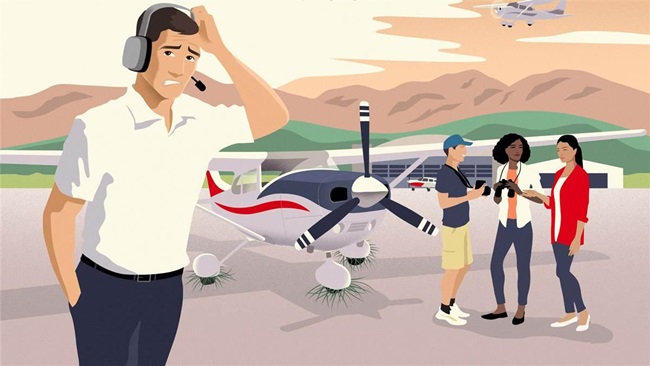 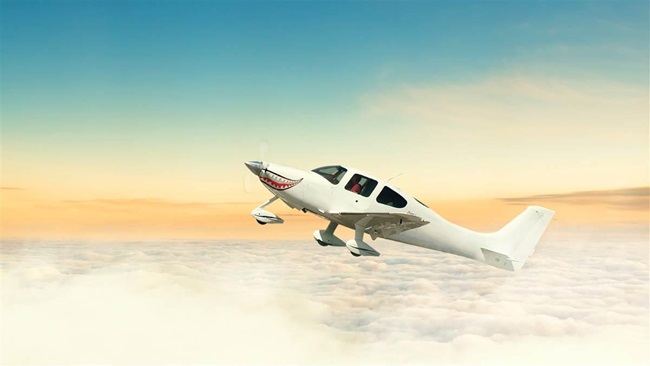 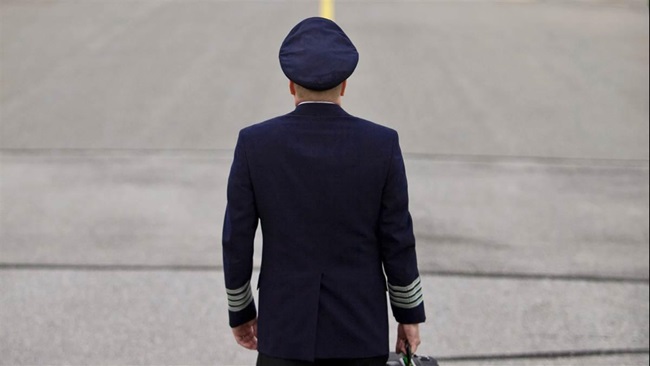