Get the app Get the app
AOPA will be closed on Monday, January 2020, in observance of Martin Luther King Jr. Day.
Already a member? Please login below for an enhanced experience. Not a member? Join today
News & Videos Tennessee pilot to recognize 9/11 with record attempt

Editor's note: Daniel Moore announced on Facebook on Sept. 11 that he had landed at dozens of airports, if not all he set out to visit. This story has not been updated.

The World Trade Center towers had 110 stories, and Tennessee pilot Daniel Moore plans to land at 110 airports in 24 hours on Sept. 11 to remember to those who perished on that infamous day in 2001. 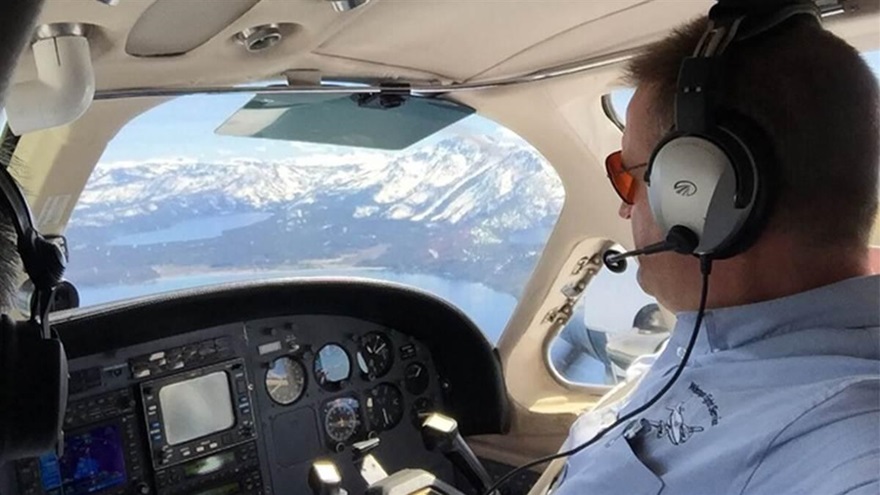 Tennessee pilot Daniel Moore plans to land his Beechcraft Bonanza A36 at 110 airports in a 24-hour period to honor 9/11 victims. Photo courtesy of Daniel Moore.

Moore was flying a Beechcraft Bonanza on that cloudless Tuesday in 2001, and he will again be flying a Bonanza on the eighteenth anniversary of the terror attacks on New York and Washington. The goal of 110 airports in 24 hours was inspired by a desire to honor the nearly 3,000 people who were killed. He created a website to host updates posted as the day unfolds. There is also a potential Guinness World Record to be claimed, part of what inspired Moore to plan such a torrid pace, snapping proof-of-landing photos and snapping up snacks without leaving the cockpit through most of the day.

Such a flight that would not have been possible 18 years ago. The national airspace was shut down and cleared within hours after 19 al-Qaida terrorists hijacked and crashed two jetliners into the top floors of the World Trade Center, forever changing the New York skyline, with profound implications beyond that. Another hijacked airliner struck the Pentagon in Washington, and a fourth aircraft crashed into a Pennsylvania field after passengers banded together to fight the hijackers. Within hours, the skies were clear of all nonmilitary traffic, a stunned nation only beginning to grasp the implications.

Many of the airmen, soldiers, sailors, and Marines who delivered the U.S. response, an ongoing mission, enlisted within days.

Moore will begin his tribute journey before daybreak from his home base at Elizabethton Municipal Airport in eastern Tennessee. He plotted a circuitous route through Tennessee and seven neighboring states. 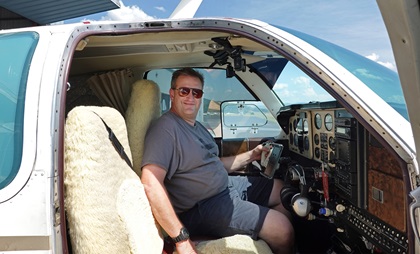 “I have 113 airports on my route just in case there’s weather or if a couple of them are closed, so I can bypass them and still get to 110,” the FAA designated pilot examiner, aircraft appraiser, certificated flight instructor, and A&P mechanic noted. Moore soloed when he was 16 and has logged more than 10,000 hours during a 32-year flying and instructional career. He’s won high praise from dozens of primary and advanced flight students.

If Moore succeeds, he will have blown past the previous record of 87 airports logged in a 24-hour period set in 2017 by a pair of British pilots in a Cessna 172 Skyhawk.

Moore will have no co-pilot in his 1976 A36 Bonanza. “It’s about 14 hours of flying Including fuel stops and everything and I’m thinking it’s right around 16 hours of total clock time from start to finish.” He will need to fuel up the Bonanza three or four times.

He is required by Guinness rules to make a full-stop landing at each airfield, “snap a picture of the idle airplane” near a recognizable landmark, and then take off again to earn a Guinness World Record. He doesn’t need to exit the aircraft, so to save time he’ll snap the photos from inside the airplane and eat on the fly.

"It’s all about gathering the evidence. If you’ve got the evidence to prove that you were at all these airports, that’s big on the list of what Guinness is looking for as you break a record," he said. Moore plans to deploy friends along the route and to use satellite tracking to help verify the information.

"Time is of the essence" so he is avoiding busier controlled airfields "because of the traffic issues that can slow me down. I'm planning to spend about two minutes on the ground and it's all going to be VFR." 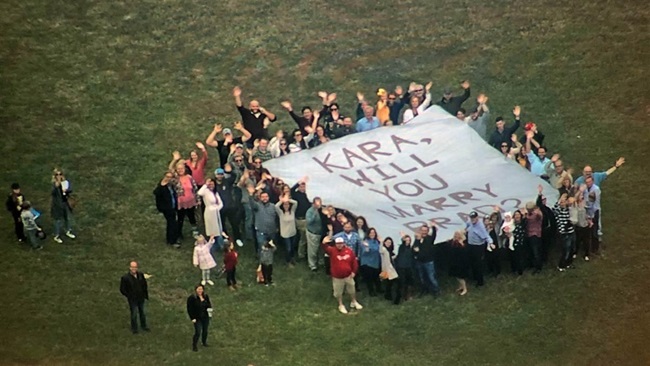 Celebrations: Love is in the air 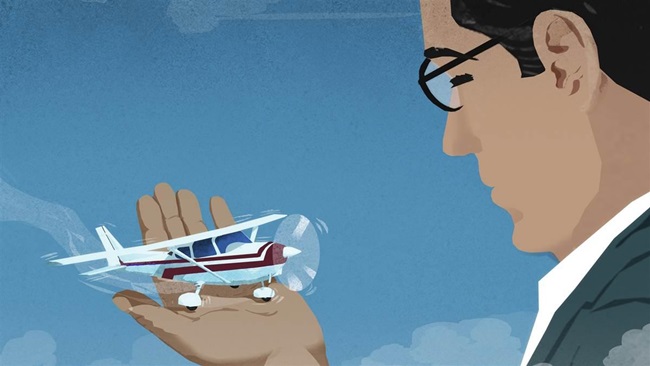 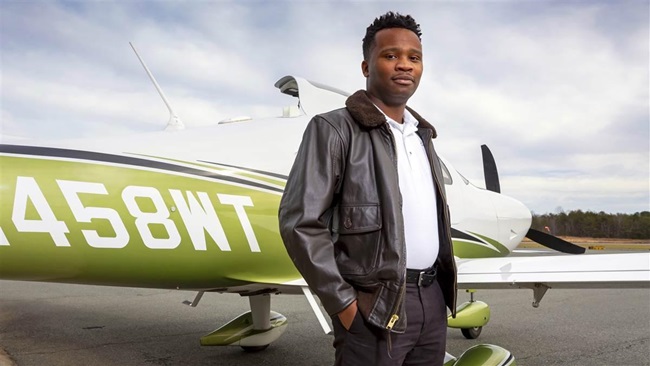 Flying for the Culture: Courtland Savage